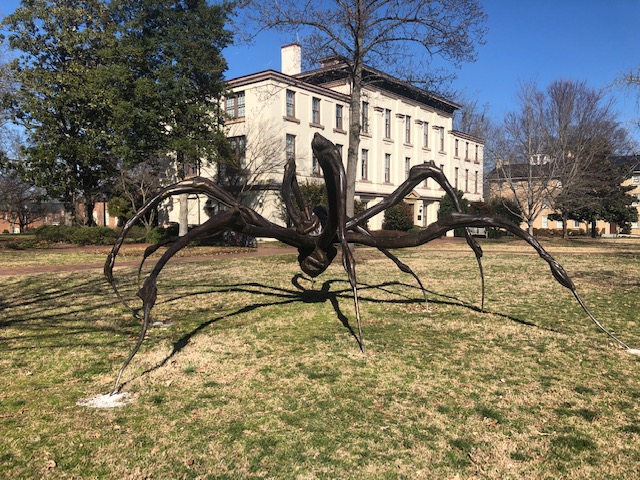 Although the University of North Carolina at Chapel Hill’s former chancellor, Carol Folt, will mostly be remembered for the numerous scandals and years-long protests on campus during her tenure, she also leaves behind other less-publicized, but still controversial, projects.

One of those projects she oversaw is Arts Everywhere, a “campus-wide arts initiative supported by the Office of the Chancellor at UNC-Chapel Hill.” This recurring initiative culminates in an Arts Everywhere Day, previously held on April 7, 2017, and April 6, 2018. Its guiding principles are:

The arts are for everyone.

Every space can be a creative space.

On the surface, Arts Everywhere makes “the arts a fundamental part of the University culture and daily campus life.” But in reality, Arts Everywhere is another way for the institution to subtly virtue-signal its “progressive values” while diverting attention from real issues. Increasing students’ exposure to and appreciation of the fine arts is incidental at best. The cost is also noteworthy; according to public records obtained by the Martin Center, the Arts Everywhere 2017 budget was just shy of $500,000. For 2018, UNC estimates it will increase to $547,000.

Indeed, Arts Everywhere partially is used to further progressive politicization inside and outside the university’s classrooms. In April 2017, for example, a quilt was created in partnership with the Campus Y—a hub for social justice activism—mainly depicting left-leaning values. One square reads “Let justice roll down like waters,” while others communicate support for liberal feminism and the need for a “revolution.” All those squares are in line with “artivism,” or using art as activism and boosting “solidarity” among a group of people. And in a social media post, Arts Everywhere approved of using the arts as a “political force.”

And in October 2018, Arts Everywhere partnered with Mi Pueblo UNC to plan a series of events where UNC students could celebrate Latinx Heritage Month. On the schedule of events was a speaking event entitled “Art in Conversation: Art as Protest & Identity in Changing Times with Dr. Eduardo Douglas.” Protest art, another form of “artivism,” is a way for artists to get involved in politics—often to promote left-leaning values. The event appears to be less about educating students than exposing them to a new method of social justice tactics.

But creeping politicization isn’t the only issue. Some university art students argue that Arts Everywhere doesn’t address the real problems the arts face on campus, such as building maintenance. Students cited leaking roofs in the Sloane Art Library as where Arts Everywhere funds could have made a difference. Last year, students held a protest and claimed that Arts Everywhere was more of a marketing ploy than an actual promotion of the arts. One of the protesters, a studio art graduate student, told the Daily Tar Heel that Arts Everywhere is a “hollow platitude that gives the school a façade of interest in the arts with zero actual commitment to [the art] department.” He further said that the university only values “the appearance of caring about art.”

The protesters were on to something: even Folt acknowledges that Arts Everywhere is a public relations tool meant to attract donors:

I think what people haven’t been understanding is that art is a way to get people excited…You don’t raise money from artists; you raise it from business, scientists, and doctors. People don’t give you money to fix things like water fountains and bad air.

In addition to UNC-Chapel Hill using Arts Everywhere to appeal to donors, it seems that the school has also used the initiative to divert attention from the infamous 2010 athletic-academic scandal. The NCAA’s investigation of UNC-Chapel Hill, it turns out, closely aligns with the unveiling of Arts Everywhere.

For example, in December 2016, the NCAA sent UNC-Chapel Hill a third notice, alleging unethical conduct by school officials and impermissible extra benefits for athletes. Arts Everywhere debuted only a couple months later. And the timeline of the NCAA’s investigation shows that, as its culminating decision dropped in October 2017, Arts Everywhere was in full swing.

Right after 2017’s Arts Everywhere Day, UNC-Chapel Hill released a redacted response to the third NCAA notice. Yet the university focused not on its defense for the allegations, but on the glory of Arts Everywhere Day. They flooded their social media accounts with pictures of a smiling chancellor Folt socializing with creative students and Rameses, the school mascot.

Perhaps as damage control, Arts Everywhere partnered with UNC athletics to make a video portraying a positive image of college sports. The first video came out March 2017 and featured UNC track and field athletes displaying their talent along with their appreciation for the arts. In case that wasn’t enough, a video four days later featured UNC student-athletes playing the piano on Fetzer Field. In the background, however, the fate of university athletics was still undetermined in the eyes of the NCAA. Interestingly, ever since the NCAA made its final decision not to penalize the university, Arts Everywhere has not collaborated with UNC athletics.

Though the athletic-academic scandal is long over, the Arts Everywhere initiative continues to expand on campus—along with its painted pianos, massive spider sculpture, and various forms of “artivism.” It now has an advisory board, student ambassadors, office space, and a mobile app.

As a school known for its struggles with academic integrity and liberal bias, Arts Everywhere allows administrators to rehabilitate the university’s public image (as well as virtue-signal and raise more funds) while diverting attention from the real issues the campus faces, such as a lack of intellectual diversity. Hopefully, UNC-Chapel Hill’s future leaders will not seek to skirt public shame by investing resources in superficial—and often politicized—initiatives. Instead, they could re-invest those funds in shoring up existing programs and teaching students how to think instead of what to think.

Magdalene Horzempa is a Martin Center intern and a student at the University of North Carolina at Chapel Hill.