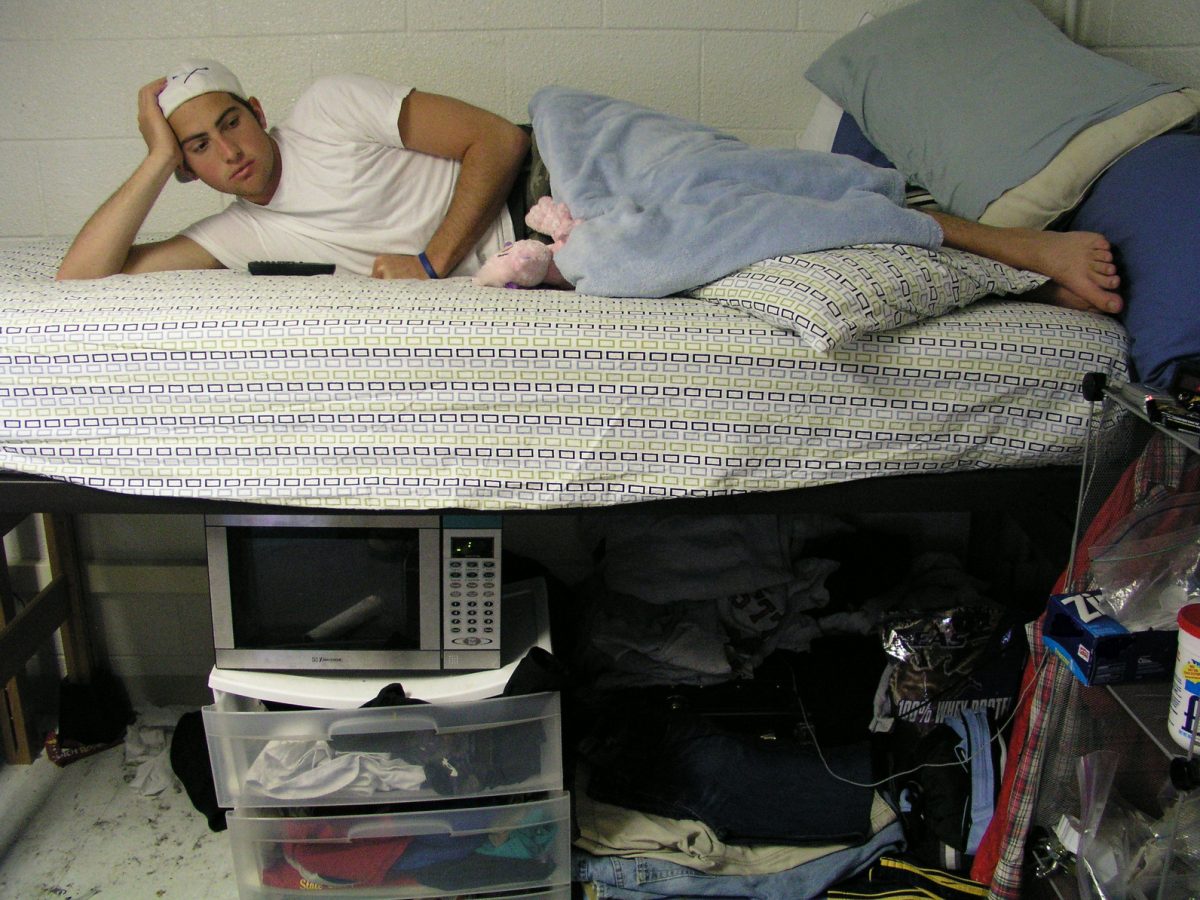 A long-time practice for many private universities has been to require most freshmen and sophomores to live in campus residence halls. State-supported public universities, too, have copied their private counterparts in recent years. However, doing so drives up the cost of education and restricts the constitutional rights of public university students—all in the name of “the university experience.”

Starting in 2016, many full-time freshmen at the University of North Carolina at Wilmington and North Carolina Central University were required to live on campus. In 2017, North Carolina State University began enforcing a similar policy. Other universities, such as UNC-Charlotte and Elizabeth City State University, are considering on-campus living mandates. Local students can usually get a mandate exemption if they live with their parents, but few exceptions are made for students who wish to live with non-parental relatives or family friends.

Many universities claim that living on campus improves the likelihood of academic success. For example, UNC-Wilmington claims that “research indicates students who live on-campus earn higher GPA’s.” NC State simply claims that “living on campus is an essential part of the Wolfpack experience.”

A research paper in the journal Urban Education found that “for most students in most institutions, the type of residence during college does not seem to have a significant effect on 1st-year academic performance.” And a 2018 article in the Journal of Student Affairs Research and Practice  concluded: “After controlling for student and institution characteristics, that on-campus residence has small positive effects on some outcomes but not on others.”

Those “small” academic benefits, if they exist, come at a high price. On-campus living can be substantially more expensive than off-campus living. For example, UNC-Charlotte estimates annual costs for on-campus living to be $12,432 while off-campus costs are estimated at only $10,433. But students with extended family or a family friend near campus may be able to secure room and board at little or no cost.

According to data from the College Board, costs for college room and board have increased substantially above the rate of inflation since the mid-1990s. Adjusted for inflation in 2018 dollars, the cost has increased about 60 percent since 1998. This rapid increase in relative cost gives universities a strong incentive to increase the number of students housed on-campus.

An NC State feasibility study on instituting mandatory on-campus living provides a glimpse into the decision-making process. That study did not consider the additional financial costs to students. Rather, it emphasized the benefits of living on campus, such as teaching students about “power, privilege and oppression in society at large.”

Economist Richard Vedder states that “universities act like monopolists requiring customers wanting their primary service, instruction, to buy another one of their services, campus housing (and usually food as well).” Few people other than Vedder have raised concerns about the increasing number of state universities that require students to live on campus. While he critiqued on-campus mandates from an economic perspective, but the legal arguments against on-campus living requirements are strong, too.

The right of privacy is “the right to be let alone; to live one’s life as one chooses” except as is “justified by the clear needs of community” (Time, Inc. v. Hill (1967)).  Dorms can be great places to live the “college experience,” but many students and alumni can attest that they offer precious little privacy. When a state agency requires unwilling students to live in dorms, their privacy rights are seriously infringed.

Campus speech codes, too, become more onerous when students are required to live on campus. The Foundation for Individual Rights in Education (FIRE) rates the speech policies of major universities as red, yellow, and green lights. NC State has a “yellow light” ranking, signifying that its speech code is “vaguely worded in a way that…[may be] unconstitutional.” Eight state institutions have “yellow light” ratings, including Elizabeth City State, Fayetteville State, NC A&T State, and UNC-Asheville.

Non-traditional students, unfortunately, cannot avoid all on-campus mandates, either. For example, Appalachian State University (ASU) requires freshmen students through age 24 to live on campus. Hence, a 24-year-old who has worked and lived on her own for years could be required to live in a dorm where she would have to abstain from alcohol and smoking in her room. She would not be allowed to possess a gun, a hunting bow, or even a hunting knife while at her state-mandated “home” on campus in violation of the 2nd Amendment (District of Columbia v. Heller (2008)). In spite of the intrusive nature of ASU’s on-campus living mandate, no officially enacted policy at ASU authorizes it.

The desires of other students are ignored, too: Few housing policies give pious students a religious exemption to avoid the dorms. Some students are troubled by the sexual mores associated with many dorms. Other students may have religious dietary restrictions that prohibit much cafeteria food. But by requiring on-campus living, state universities ignore their obligation to accommodate religious objections under the Religious Freedom Restoration Act.

Those seeking more state spending for North Carolina’s state colleges and universities often cite the provision in the North Carolina Constitution which states that “[t]he General Assembly shall provide that the benefits of…public institutions of higher education, as far as practicable, be extended to the people of the State free of expense.”

The on-campus living requirements enacted by North Carolina’s state universities provide questionable educational benefits. Yet, they create a substantial burden on some students—hurting them economically and, likely, restricting their constitutional rights. Rather than expanding the mandates in the UNC system, they should be abolished.

Douglas Oliver is an attorney in Ohio and an emeritus professor of mechanical engineering at the University of Toledo (which has recently established an on-campus mandate).

Are Christian Colleges Worth the Debt Burden?