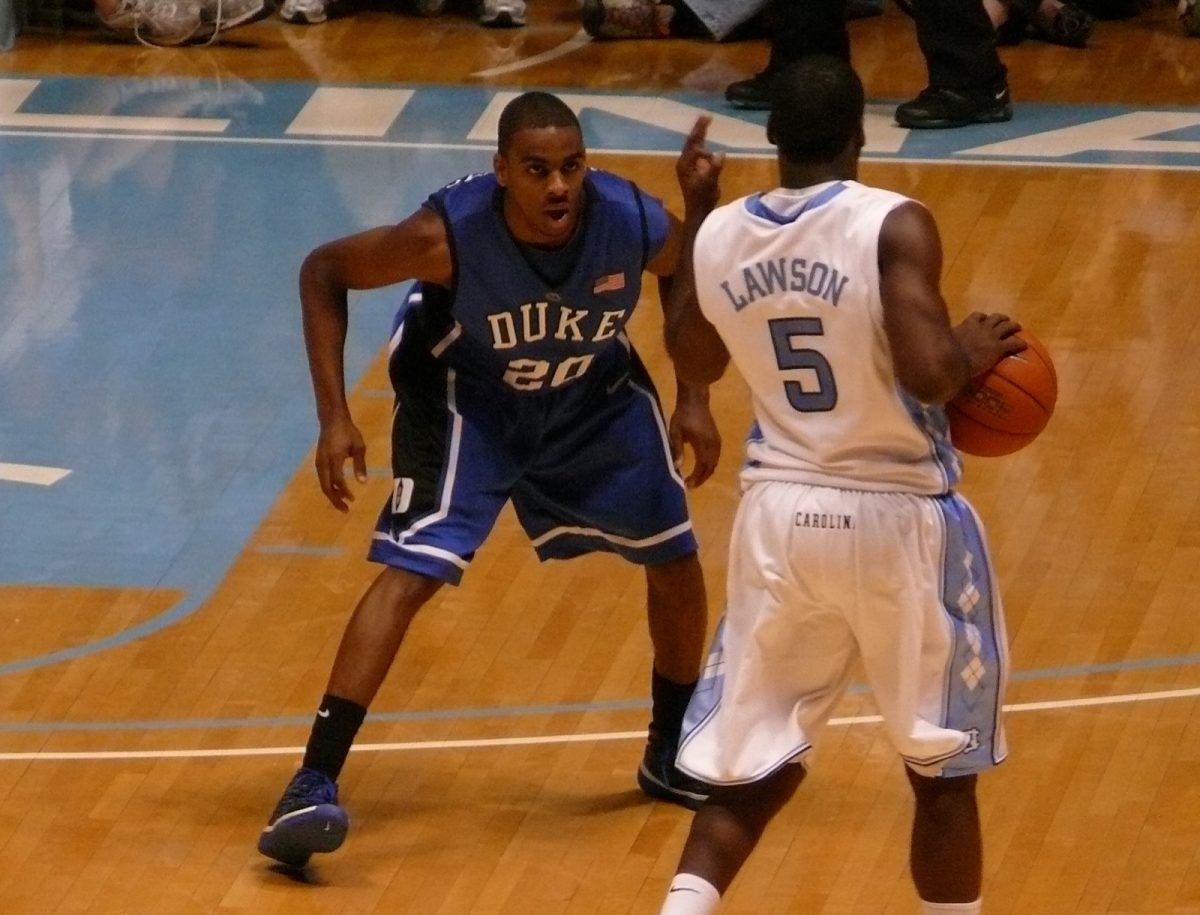 The relationship between participation in sports and academic performance has many faces. Most of them are happy; for instance, many studies show that high school athletes outperform non-athletes academically by a large margin.

At the college level, the relationships are more varied, depending on the school, the sport, and the demographic group. Still, college athletes do fairly well, given the large demands on their time for training, practice, travel, and competition.

But there is one sector in which academic achievement seems alarmingly low. There is a large disparity between the graduation rates of black male athletes and all others. This disparity is becoming a major issue in academia, partly because of all the recent scandals in the revenue-producing sports of football and men’s basketball, in which black athletes tend to dominate.

But it is hard to imagine that academia will actually address the issue honestly. Instead, the Ivory Tower will rely on studies that avoid the real causes of the problems, such as a report that is gaining traction in policy circles produced by Shaun R. Harper, a University of Southern California education professor and the executive director of the USC Race and Equity Center. His 2018 report, entitled “Black Male Student Athletes and Racial Inequities in NCAA Division I College Sports,” was featured at a March 20th meeting of the University of North Carolina-Chapel Hill Faculty Athletics Committee in which the institution’s poor report card concerning athlete’s graduation rates was discussed.

One of Harper’s main takeaways from his research is reflected in his statement: “[P]erhaps nowhere in higher education is the disenfranchisement of black male students more insidious than in college athletics.”

His findings were not positive for Chapel Hill: out of the 65 evaluated institutions, it ranked 56th for its graduation rate of black male athletes, which was 43 percent. That number is especially low when compared to the graduation rate of all student-athletes at Chapel Hill, which is 69 percent.

Among those who were present at the UNC meeting included the senior associate athletic director, Vince Ille, and the coordinator for Men of Color Engagement at the Center for Student Academic Counseling, Chris Faison. And they were in agreement with Harper, as Faison emphasized that since UNC-Chapel Hill was founded in 1793 in the South, the institution has an in-born tendency toward racism. “It’s the ugliness of race,” he concluded.

It appears that Faison and Harper’s conclusions, along with a large array of scholarship on black athletes, are rooted in Critical Race Theory (CRT)—a theory that holds that “race and races are products of social thought and relations” and that “because racism advances the interests of both white elites (materially) and working-class people (psychically), large segments of society have little incentive to eradicate it.”

Within the CRT perspective, it is common to conclude that black student-athletes at “predominately White institutions” drop out at staggering rates because they are subject to racist stereotyping and low expectations.

But such conclusions may mask the real cause of the problems. Ille asserted that the issue was not connected to admissions because student-athletes’ scores and grades are frequently evaluated and compared to those of other institutions. However, in itself, Ille’s response is proof of nothing. The real question is whether student-athletes’ academic backgrounds are sufficient for the institution they attend, not how they compare to other schools.

Even so, Faison agreed with Ille’s assessment and added:

As Vince said, what [student-athletes] we get in is not the issue; it’s the culture at this institution…It is the fact that, as the author goes on to say, the caricature and the over-stereotyping of black male athletes is the issue. And until this group or any group acknowledges that, we will always be at the bottom.

Those who specialize in predicting college success, however, would disagree with the assessments by Harper, Faison, and Ille. There is ample evidence that the low graduation rates by black male athletes at Chapel Hill are indeed due to admissions. For one, according to a December 28, 2008 investigative report by the Atlanta Journal-Constitution, UNC-Chapel Hill was one of five institutions that had “the biggest gaps between the SAT averages for athletes and the overall student body.”

In short, it appears that university officials are more willing to “look the other way” or make “exceptions” in academic standards when it comes to revenue-generating sports.

Despite attempts by some to discredit long-used methods of measuring academic aptitude, grade point averages and standardized test scores are extremely useful when making admissions decisions.

Indeed, the correlation between academic success and standardized test scores, such as the SAT, cannot be ignored. According to a Wall Street Journal article co-authored by two industrial-organizational psychologists, Nathan Kuncel and Paul Sackett, the assertion that standardized tests are somehow racially biased or provide irrelevant data about college applicants is misleading. The authors explain:

The standardized tests tell us a lot about an applicant’s likely academic performance and eventual career success. Saying as much has become controversial in recent years, as standardized tests of every sort have come under attack…But we shouldn’t kid ourselves: The SAT and ACT matter.

Any claims that intergroup differences in outcomes are results of intergroup differences in skills, behavior, or performance are dismissed by the intelligentsia as false ‘perceptions,’ ‘prejudices,’ or ‘ stereotypes,’ or else are condemned as ‘blaming the victim.’ Seldom are any of these assertions backed up by empirical evidence or logical analysis that would make them anything more than arbitrary assertions that happen to be in vogue among contemporary intellectual elites.

Sowell argues that students benefit more when surrounded by those with similar levels of academic preparedness.

There are a number of factors, however, that can affect the degree to which a student is academically prepared (and, consequently, how likely they are to graduate from a given institution). One is the quality of education received before going to college. According to a 2013 study of “bowl-bound” college football teams by the Institute for Diversity and Ethics in Sports (TIDES), the graduation success rate of African-American football players was 65 percent, while that of white football players was 84 percent.

TIDES’ director, Richard Lapchick, said that the disparity in graduation rates is largely due to the fact that black students often lack quality education in K-12. “[African-American players] get behind and it makes it tough for them to catch up in college,” said Lapchick.

“Tough” might be an understatement. Students who come in less academically prepared than their peers will have to compensate for that lack of preparedness by dedicating extra hours of intense and focused study—a time commitment that student-athletes, who typically train 40 hours a week and who frequently miss class to travel and compete, do not have at their disposal. Unfortunately, UNC-Chapel Hill officials do not seem to want to acknowledge this reality. In a 2013 athletics report, UNC-Chapel Hill officials said:

In our view, it would be neither fair nor constructive to compare student-athletes to other UNC-Chapel Hill students on the few dimensions that can be quantified, and then to conclude, based on this comparison, that the former are somehow unqualified or unprepared.

It is hard to imagine any institution of higher learning making such a claim. If one group of students is performing poorly, and if there is reliable data about that group, and if there are empirical methods that can use that data to predict academic success, and if these predictions have been proven to be accurate over time, then to say that doing so is “neither fair nor constructive” is anti-intellectual.

Yet, on this topic, schools are performing back-flips to avoid the obvious. Contrary to Harper and some UNC officials’ conclusions, the problem is not that universities are intimidating or preventing black athletes from succeeding in college—it is that university officials compromise academic integrity for the sake of gaining star players.