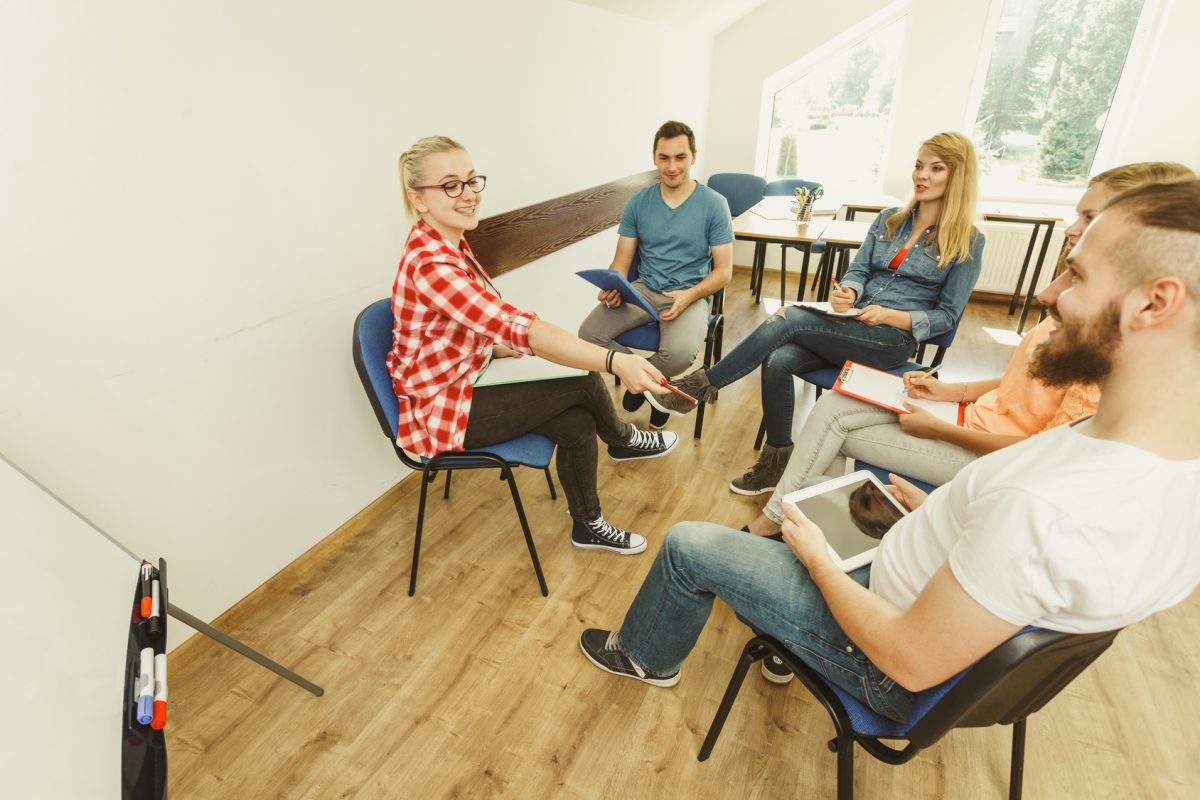 For many parents, the prospect of sending their kids off to college can be daunting. If the price tag alone doesn’t scare them silly, there are more than enough stories about campus rape culture, fatal binge drinking, the opioid crisis, snowflake syndrome, attacks on free speech, and lack of due process to keep parents awake at night.

The problem is especially acute for religious conservatives, who in addition to all the above also have concerns about their children being exposed to hedonistic lifestyles and subjected to left-wing political indoctrination. The latter, despite leftists’ protests to the contrary, does indeed take place, although it’s typically more gradual and subtle than the occasional viral stories about “wing-nut” professors might suggest.

So what’s a conservative parent to do?

One option, of course, is a religious school, where besides receiving (in most cases) a fine education, young people can live and study in a relatively safe and sheltered environment. But those institutions are often extremely expensive and the fact of the matter is, once kids get away from home, all bets are off. Students at religious colleges are hardly immune to drug and alcohol abuse or dangerous sexual situations.

But there’s another possible solution, one that many conservative parents, especially in affluent areas, might not have considered: keeping their kids home for another year or two and having them attend the local community college.

This option offers many advantages, but affluent, well-educated parents often dismiss community colleges because of the stereotypes that have been perpetuated in the media—of community college students as low-performing losers and of the colleges themselves as (slightly) glorified high schools.

There’s also the prestige factor: When the neighbors’ kids are headed off to Big State U., with its leafy campus, 30,000-student body, award-winning faculty, and ranked football team, no parent wants to admit that their child will be attending Local CC.

Those stereotypes shouldn’t be determinative. It is certainly true that community colleges typically cater to underserved student populations, including those who wouldn’t be accepted, academically, into a university. Yet it’s also true that good students abound on today’s community college campuses. Many two-year schools have thriving honors programs, serving students who would easily get into a top-tier university.

And while much has been made of reports that, on average, community college students do not graduate at the same rate as university students, that can mostly be explained by the fact that community colleges provide opportunities for disadvantaged and under-prepared students. It’s not surprising that many of those students don’t make it through; rather, the remarkable thing is how many of them do succeed in college and beyond. That tells us something about the quality of the teaching and the dedication of the faculty at most community colleges.

Students who enter a community college with high-school grades and standardized test scores commensurate with success at a university will almost certainly succeed at the community college level—and then again at the university level, once they transfer. More importantly, they may also avoid some of the pitfalls of “going off to college,” especially while they may be too young and immature to handle them.

As the father of four grown children, all of whom have gone to college, and as a two-year college professor and administrator for over 30 years, I often point out to my friends with high-school-age children that there are really two adjustments kids must make when they go away to college.

The first adjustment is intellectual, adapting to the structure and rigor of college courses. Although good high school courses, like Advanced Placement, may be quite demanding, much of what passes for rigor in those classes is merely time-consuming busywork. Often, students are not really being asked to think for themselves but rather to reproduce canned knowledge on standardized tests. This tends to be the opposite of what happens in most college courses, where busywork is kept to a minimum and students are indeed expected to think in new and challenging ways.

Meanwhile, students who attend a university away from home have another adjustment to make: They must learn how to live on their own with all the personal freedom and responsibility that entails. The difficulty many young people face in striking the right balance between doing what they want and doing what they should, paired with the challenge of adapting to college-level work intellectually, can simply be too much.

This dynamic goes a long way toward explaining the high drop-out and depression rates among first-year university students. It also explains why so many bright young people, who never would have considered a two-year college while they were in high school, end up in my classroom a year later, have flunked out of Big State U. (or been pulled out by their parents).But what if students did not have to make both those adjustments at the same time? What if, for the first year or two, they continued to live at home, with perhaps some additional freedoms as young adults but also with a fair amount of parental guidance?

That might allow them to make the intellectual adjustment to college without having to get used to being almost entirely unsupervised. Then, perhaps after a year or two, they’ll be better equipped to be on their own with a more realistic understanding of what’s expected of them in college and a better idea of how to balance their new-found freedom with the requisite responsibility.

That’s what can happen when parents encourage their children to begin their education at a community college.

With students continuing to live at home, families (or the students themselves) could save as much as $15,000 a year.

The community college strategy would likely have at least two other happy results. First, it saves the family, potentially, tens of thousands of dollars. (Note that, alternatively, those savings may well accrue to the students themselves in the form of lower student debt once they graduate.) According to the College Board, the average cost of attending a public university these days, with in-state tuition and fees, room, and board, is over $25,000 a year. Meanwhile, the Community College Review reports that the average cost of in-state tuition at a public two-year school is under $5,000.

With students continuing to live at home, families (or the students themselves) could save as much as $15,000 a year.

Second, as someone who has worked on seven different two-year college campuses and visited dozens more, I can tell you that community college students are much less likely than their university counterparts to encounter “activist” professors.

Occasionally, we read about some left-wing extremist who turns out to be a community college faculty member (although that person is usually an adjunct, not a full-timer), but most of the professors making the news over their public behavior, intemperate classroom remarks, or ill-advised tweets are tenured (i.e., relatively protected) faculty at research universities.

In contrast, full-time community college faculty members typically teach five classes each semester, with 10 or 12 office hours a week on top of that and loads of grading (no graduate assistants). They don’t have time to stage “protest” marches or tweet death wishes.

(Just as a personal observation, in many parts of the country, community college professors also seem to be more conservative than their university counterparts. This is especially true in vocational fields.)

Furthermore, community college students are also less likely to get mixed up with left-wing “activist” fellow students and other bad influences, for the simple reason that most two-year colleges are commuter campuses. Everyone goes to class and then goes home. That’s not always a good thing—campuses certainly can benefit from having a thriving student life component—but it could very well prevent your kids from engaging in certain high-risk behaviors (like beer pong) or finding themselves in the midst of the latest protest-turned-riot.

Clearly, there are many good reasons why conservative parents, and especially religious conservatives, should consider sending their kids to the local community college for a year or two before letting them go off to a university.

For those same reasons, along with several others I will cover in the second installment of this two-part series, conservative state legislators should ensure that community colleges remain adequately funded and accessible, not only for the financially needy and academically underprepared students they have traditionally served, but also for middle-class students looking to get a good education without having to mortgage their futures—or sell their souls.