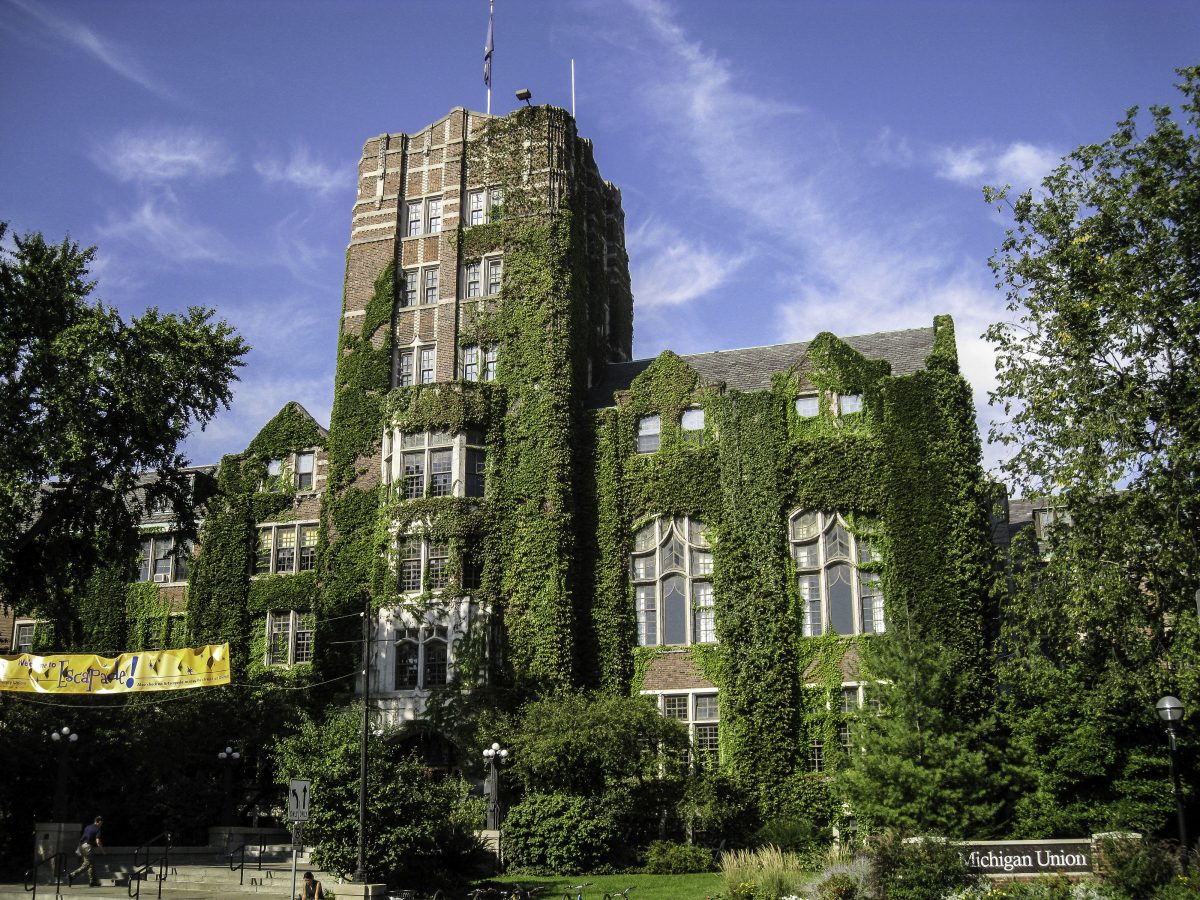 Just over a year ago, the University of Michigan launched a new, five-year-long initiative named the Diversity, Equity, and Inclusion (DEI) plan. In an official statement by President Mark Schlissel, the plan’s primary goal is stated to be the creation of a “vibrant climate of inclusiveness” on campus.

In order to heighten campus diversity, the plan pledged to increase enrollment of students from underrepresented backgrounds. These targeted demographics include the usual race and gender groups, but also, notably, students with underrepresented “political perspective[s].”

As for equity, the plan pledged to rid campus of discrimination based on the aforementioned identities—although without mentioning “political perspective”—and for inclusion, the plan promised to foster a campus culture that welcomes different perspectives by “support[ing] innovative and inclusive scholarship and teaching.” DEI is designed to achieve “progress” through tangible actions, its administrators held accountable by measurable results.

Despite this no-nonsense branding, the plan contains an enormous amount of inanity.

Read through the official DEI materials and you soon feel overwhelmed by inspiring platitudes and glossy pictures of smiling minorities. As I noted in an earlier Michigan Review article, the administration has a nasty habit of hiding potentially controversial policy decisions deep in a matrix of feel-good fluff and pages of meaningless drivel, such as:

Your passion for making us better, your belief that all individuals deserve an equal opportunity to succeed and your unwavering dedication to the highest aspirations of our university.

Whether DEI will accomplish that is questionable, but the plan certainly succeeded in adding new positions within the administration, including the vice provost for equity, inclusion, and academic affairs. According to UM Salary, the University of Michigan’s open salary database, the provost earned $385,000 during the 2016-2017 school year.

Robert Sellers, who occupies this provost position, wrote an op-ed in the Michigan Daily last April defending those developments. Citing the importance of DEI’s “personal, professional, and educational benefits,” Sellers boasted of over 200 University of Michigan community members “who are devoting all or a portion of their professional lives to this work.”

He didn’t say exactly what are the “historic and contemporary contributions” those staff members provide, that Michigan taxpayers now sponsor.

One such body, the Multicultural Leadership Council, is a collective of graduate students who seek to ensure “that diversity, equity, and inclusion are integral parts of the graduate student experience at UM.” This means advocating for mandatory graduate education programs that “demonstrate meaningful allyhood by acknowledging privilege and accepting as truth the unique lived experiences of members.”

What exactly does such advocacy entail? In a write-in to the Michigan Daily entitled “Pay Students for Diversity Labor,” representatives of the Multicultural Leadership Council attempt to explain their value to the community. They write of their active role in pushing “school units to adhere to aggressive implementation timelines” of DEI plans and programs. In sum, the DEI appears to have enlisted undergraduate and graduate students to do its dirty work of maintaining strategic footholds and pressure points across the university.

A major theme of the DEI plan thus emerges: to perpetuate the existence of our school administration’s diversity industry. Committees are formed to produce unreadable diversity pamphlets; these committees recommend more committees, and finally, the diversity provost makes sure everyone gets paid.

This self-serving cycle is most transparent in the plan’s faculty recruitment initiatives designed to increase minority faculty numbers.

One such initiative is the Collegiate Postdoctoral Fellowship, aimed at supporting the research of “diversity scholars.” The university’s National Center for Institutional Diversity defines “diversity scholars” as academics “committed to enhancing diversity, equity and inclusion in higher education.”

Diversity scholars are tasked with propagating one particular set of educational policies; namely, the exact policies that got them hired in the first place. Undoubtedly, the DEI cabal uses the scholarly works those academics produce to justify the growth of their programs and administrative power. The DEI plan has also implemented a new system of mandatory faculty workshops designed to promote inclusivity and combat racism in the classroom.

One might ask what value such workshops could add to the progressive classroom environment that most students already experience at Michigan. LSA Dean Andrew Martin tells us that these workshops provide additional strategies to “talk to students about racial hatred in a physics class or a mathematics class.” Although students have already learned about the disproved science of implicit bias in computer science classes, they may now hear a Calc 1 graduate student instructor awkwardly attempt to broach the topic of “racial hatred.” As staff reporters at the Michigan Daily have pointed out, many students see the DEI plan as ineffective at addressing discrimination on campus, specifically the “racist incidents” of racial slur graffiti and alt-right propaganda posters.

Whether or not you believe these offensive actions were actually carried out by a covert league of racist Michigan students (I highly doubt this), the DEI can’t possibly affect the situation at hand. The mythos of “equity and inclusion” boils down to the fantastical assumption that a hateful racist can be brought back into reason by his local “diversity peer educator.” Short of destroying student privacy and installing a camera in every dorm room, the university has very little power to stop anonymous vandalism around campus.

The mythos of ‘equity and inclusion’ boils down to the fantastical assumption that a hateful racist can be brought back into reason by his local ‘diversity peer educator.’

President Schlissel chose to promote the DEI plan at a community gathering in October 2016, wherein Michigan students “shed tears as they gave their accounts of being the lone black student in a classroom, being called derogatory names and the depression they’ve experienced after incidents of racism on campus and across the country.” However, to the dismay of protesters and those who felt targeted by racial incidents, Schlissel added, “I can’t legally take down a poster—I think I’d be sued and fired.”

It seems, then, that President Schlissel’s stamp of approval on the DEI initiative mainly represents an attempt at appeasing the angry mobs outside his home and a way of saying, “Look, we’re doing something, we’re trying.”

What should the university do about our racial atmosphere on campus?

One intuitively feels that something should be done to prevent rabble-rousers from peddling divisive racial rhetoric on campus. Racial slurs on dorm room doors and anti-race mixing posters undoubtedly disturb our learning environment through the small-minded bigotry they promote. However, free speech exists in this country and on its public educational campuses for good reason. We must accept free speech’s monumental benefits along with its drawbacks.

Perhaps the administration’s most ethically and intellectually sound response to “racial incidents” would be the following: emphasize that the best way of dealing with truly prejudiced speech is simply to ignore it. The best punishment for racial instigators would be to let them fester alone and not give them the angry response they desire. Unfortunately, the Michigan administration won’t do that and instead pushes the DEI plan’s empty gestures of appeasement—which come with the hefty price tag of $85 million. Such wasteful spending and administrative abuse of power must be opposed now since it will not die out on its own. The nature of Michigan’s DEI is one of self-preservation and entrenchment.

Moreover, calls for “justice” on campus will not cease. President Schlissel, in his awkward bind, will feel compelled to increase appeasement expenses in the future. There are hardly any examples of American campus activists bribed into contentment; the Evergreen State fiasco, on the other hand, demonstrates just how far progressive activists will go once appeasement begins.

The University of Michigan’s Costly and Pointless Diversity Plan