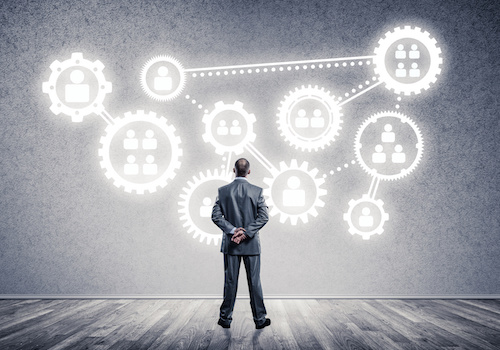 We engineers like to solve technical problems. That’s the way we think, that’s why we chose our major, that’s why we got into and stayed in engineering.

There are several other reasons why we got into engineering. One of them was the absence of what I describe here as “social engineering,” where the professor/instructor is interested not so much in solving technical problems as in setting the world right—in his or her opinion.

A second and related reason is that engineering (and the sciences generally) should be, like the scales of justice, blind. Engineering does not care about your color, sexual orientation, or your other personal and private attributes. All it takes to succeed is to do the work well.

Even as an undergraduate many years ago, my engineering classmates and I noticed that fact, and we were proud to have a major that valued only the quality of one’s work. In that sense, engineering was like athletics, or music, or the military: there were strict and impersonal standards.

Alas, the world we engineers envisioned as young students is not quite as simple and straightforward as we had wished because a phalanx of social justice warriors, ideologues, egalitarians, and opportunistic careerists has ensconced itself in America’s college and universities. The destruction they have caused in the humanities and social sciences has now reached to engineering.

One of the features of their growing power is the phenomenon of “engineering education” programs and schools. They have sought out the soft underbelly of engineering, where phrases such as “diversity” and “different perspectives” and “racial gaps” and “unfairness” and “unequal outcomes” make up the daily vocabulary. Instead of calculating engine horsepower or microchip power/size ratios or aerodynamic lift and drag, the engineering educationists focus on group representation, hurt feelings, and “microaggressions” in the profession.

I have always thought my own education in engineering was as scholarly as possible. Once I became a professor, I never worried about how “socially connected” the education we provided at Michigan State for engineering students was. With trepidation, I read on to see if I was missing something important. I learned to my dismay that Purdue’s engineering education school rests on three bizarre pillars: “reimagining engineering and engineering education, creating field-shaping knowledge, and empowering agents of change.”

All academic fields shape knowledge and bring about change, but they don’t do that by “empowering” the agents of change. And what does “reimagining engineering” mean? The great aerodynamicist Theodore von Kármán said that “a scientist studies what is, while an engineer creates what never was.” In engineering, we apply scientific principles in the design and creation of new technologies for mankind’s use. It’s a creative process. Since engineering is basically creativity, how are we supposed to “reimagine creativity”? That makes no sense.

And, just for the record, engineers “empower” themselves and, most important, other people, by inventing things. Those things are our agents of change.

In her words (italics mine): “I seek to revise engineering curricula to be relevant to a fuller range of student experiences and career destinations, integrating concerns related to public policy, professional ethics, and social responsibility; de-centering Western civilization; and uncovering contributions of women and other underrepresented groups…. We examine how technology influences and is influenced by globalization, capitalism, and colonialism…. Gender is a key…[theme]…[throughout] the course…. We…[examine]… racist and colonialist projects in science….”

That starts off innocently enough, discussing the intersection of engineering with public policy and ethics, but then veers off the rails once Riley begins disparaging the free movement of capital, the role of Western civilization, and the nature of men, specifically “colonialist” white men. How can it improve the practice of engineering to bring in such diversions and distractions?

Riley’s purpose seems not to be how best to train new engineers but to let everyone know how bad engineers have been, how they continue to “oppress” women and persons of color, how much we need “diverse perspectives,” and how the “struggle” continues to level all distinctions and differences in society.

Lest the reader believe I exaggerate, let him peruse a periodical called the Journal of Engineering Education, the Society for Engineering Education’s flagship journal. In each number, readers find at least one article with a title such as “Diversifying the Engineering Workforce” or “Understanding Student Difference” (January, 2005, Vol. 94, No. 1).

I chose this volume at random, but they are all like that. The first section of the latter article is “Three Facets of Student Diversity” in which the authors explain how to “motivate” and “retain” students in engineering, the emphasis being on minorities and women. We’re told that “diversity in education refers to the effects of gender and ethnicity on student performance.” Issues like “validation” and “learning styles” are discussed, and of course the instructor must teach “to address all three forms of diversity.”

The central philosophical premise of the article is leveling. It absolves students of responsibility and provides the non-learner with a ready excuse (“my teacher is a bigot!”). And there is no way to quantify its assertions. The “data” are little more than questionnaires or anecdotes. If only we were more fair and just, women and “minorities” (whatever that word means any more) would flock to engineering.

Engineering education’s basic assumption is that engineering will be improved if the profession is crafted to be more diverse, but that is completely untested. In the universe I live in, engineering is for those who want to and can be engineers. It’s not for everybody and there is no reason to believe that aptitude for engineering is evenly distributed.

It is one of life’s accidents that we are as we are. Perhaps it’s in our DNA. Socrates, Plato, and Aristotle (three long-dead white males) seemed to understand the role of “accidents” in human life better than we do. One thing is certain—we are not infinitely moldable clay. Contra Rousseau, the notorious “blank slate” theorist, we have proclivities and talents and gifts.

Thus, it does not seem to be a valuable use of our finite resources to try to “push” people into areas in which they show limited interest or ability. That, however, seems to be precisely the mission of “engineering education” schools and programs.

Nobody wants to see an uncoordinated doofus on the NBA basketball court simply to add “diversity.” We pay to see top-notch talent compete for victory. We should apply the same standards to engineering and stop pretending that we can “game” our wonderful profession so that anyone can succeed.

Nor should we attack engineering’s foundations, its dominantly Western character, so that non-Westerners might suffer fewer “microaggressions” and somehow feel better about studying it.

What is won without effort is surely without merit, and what is torn down and trampled will not easily be raised up again. We had better tread carefully.