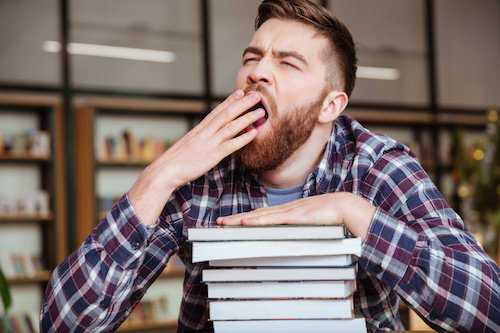 Recently, a general education course at UNC-Chapel Hill, “Big-Time College Sports,” was canceled. This sparked controversy after the course’s professor, Jay Smith, argued that the class, which he had taught in previous semesters, was axed because its treatment of Chapel Hill’s recent academic/athletics scandal cast the university in a negative light.

Lost in much of the news coverage, though, was a more important consideration: should such a course be offered at all? Mitch Kokai, senior political analyst at the John Locke Foundation, suggests not. “A typical undergraduate will take roughly 40 classes before earning her degree. It’s hard to picture a course tailored narrowly to ‘big-time’ college sports issues coming anywhere near the top 40 on the priority list,” wrote Kokai in this Carolina Journal article.

“Big-Time College Sports” is one of thousands of general education courses offered at UNC-Chapel Hill in recent years. Many of those, such as “Intersectionality: Race, Gender, Sexuality, and Social Justice” and “First-Year Seminar: Issues in a World Society: Sports and Competition,” are trendy and/or activist. One reason universities provide such courses is to satisfy students’ interests. But this often comes at the expense of a more structured, rigorous curriculum.

The good news is that UNC-Chapel Hill is in the process of revising its general education core, and changes are expected to take effect in 2019. The curriculum’s content will be closely examined to determine how it can better serve students in an era in which their majors won’t always determine their career trajectories. Campus leaders say they will emphasize skills such as communication and critical thinking, which should transcend specific degrees.

Unless Chapel Hill moves away from its tendency to cater to the sometimes narrow educational whims of students, however, real reform won’t occur. As a 2016-17 report on general education from the American Council of Trustees and Alumni (ACTA) states, “[When] schools replace their core curricula with a ‘study-what-you-want’ philosophy, they undermine the goal of ensuring for their students a broad and coherent education….”

ACTA’s report evaluated Chapel Hill and over a thousand other universities, giving grades based on whether schools require certain key subjects in their core coursework. In a Martin Center interview, ACTA’s Eric Bledsoe said that UNC-Chapel Hill received just a “B” because it has a watered down literary arts requirement, and doesn’t require U.S. history/government, or economics—subjects (the others being composition, foreign language, math, and natural science) ACTA says should be mandated if colleges are to produce well-rounded graduates.

A few North Carolina colleges did well in the survey. But Gardner-Webb University, a private institution in Boiling Springs, is the only school that received an “A.” Three universities, including North Carolina State University, received an “F,” and five received a “D.” The report makes clear that most schools don’t require students to follow a unified course of study. As a result, students often are left shortchanged—and confused.

Kelly Hogan, assistant dean in Chapel Hill’s office of instructional innovation, told the Daily Tar Heel earlier this year that for many students, general education is “overwhelming.” Students, she said, “spend a good deal of their time figuring out how to check boxes and not reflecting on what those courses really mean as a whole….” Some higher education reformers argue that the solution to this problem requires renewed emphasis on the traditional liberal arts curriculum.

Peter Wood, president of the National Association of Scholars (NAS), said in an interview that Western civilization in particular should be required because it is the “backbone for the whole curriculum.” He said that studying “history, science, philosophy, psychology, medicine, law, or even mathematics without understanding the three thousand years or so…that gave rise to modernity is to be blind to the underlying order and interconnections of these subjects.”

At many universities, Wood’s argument would probably be met with hostility. Increasingly, Western civilization is viewed as oppressive and racist. For instance, some students at the University of London are campaigning to remove all “white” philosophers such as Plato, Descartes, and Kant from the philosophy department’s curriculum. And at Yale, students have demanded that authors such as Shakespeare be removed from English major requirements.

An interesting exception is St. John’s College, a small liberal arts school with campuses in Maryland and New Mexico. The college offers only one program—steeped in the Great Books tradition—and does not offer specialized majors. The program is set up so that students are exposed to the gamut of Western thought, with coursework structured chronologically.

Even though St. John’s students all study the same books, the skills they gain allow them to enter into a variety of careers. According to a June 21 Quartz article by Peter Marber, those who graduate from the program have entered into fields as diverse as law, business, and medicine.

The school’s unique curriculum provides an excellent training ground for intellectual and professional development. “What could be more valuable than…distilling enormous amounts of information to form a rational position or knowing how to listen and respond to—or perhaps integrate—someone else’s point of view?” asks Marber.

Of course, not every university should follow the St. John’s model, which is focused solely on works in the Western canon. But that model does show that not only is it inherently valuable for students to deeply engage with works such as Dante’s Inferno and Thomas Aquinas’ Summa, but also that doing so helps them gain skills that are valuable on a more practical level.

According to a 2015 survey by the Association of American Colleges and Universities, 91 percent of employers sought employees with critical thinking and communication skills. And in North Carolina, employers seek similar qualifications in recent graduates. Many of these skills, which employers and results from the Collegiate Learning Assessment reveal are lacking in recent college graduates, are the very skills imparted by a traditional liberal arts education.

UNC-Chapel Hill and other North Carolina schools should work to develop a general education curriculum that is more intellectually coherent and more conducive to producing graduates ready to succeed in civic life and the work force. Evidence suggests that real reform will require returning to more foundational coursework that has stood the test of time, as well as university leaders courageous enough to challenge students or others who may feel differently.