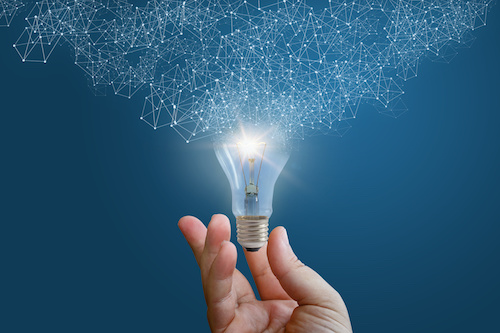 Five years ago, higher education was abuzz over distance learning, a “disruptive technology.” The big question was whether traditional colleges and universities could incorporate the new technology or if they would be crippled because they couldn’t adapt to it. The rapid growth of for-profit online schools and the advent of MOOCs (massive open online courses) underscored the threat.

But that threat has receded. MOOCs weren’t widely replicated and many for-profits, attacked by the federal government for aggressive sales pitches and low graduation rates, shrank or shut down.

Fears are now rippling through the academy again.

Purdue University has bought Kaplan University, a private, for-profit, online college. Led by Purdue president and former Indiana governor Mitch Daniels, the Indiana land-grant university is taking over a full-fledged online college with 32,000 students. It will become a Purdue subsidiary, while still operating the way it has been.

What’s more, Purdue just announced that Kaplan will reduce its tuition for in-state students by 45 percent, to $220 a credit-hour, also well under Purdue’s credit-hour price. A degree from “NewU” (the school is as yet unnamed) will cost in-state students an estimated $39,600, compared with $80,088 (including room and board) for a degree from the main Purdue campus. Kaplan’s lower charges will start this summer, even while the schools are awaiting approval by Purdue’s accreditor and the federal government.

In other words, rather than being cowed by online instruction, Purdue is embracing it in a big way. If it is successful, NewU could force traditional faculty—at Purdue and elsewhere—to make major changes in order to compete. Thus, the shock-waves through academia.

Most major universities are struggling to take advantage of distant learning. They have many online classes; according to the Babson Survey Research Group, 28 percent of all students have taken at least one digital class. However, courses tend to be videos of professors’ lectures with the addition of discussion boards, and students take them primarily for convenience.

And it’s still hard to get an undergraduate degree online. For example, North Carolina State University offers more than 90 online programs, but most are master’s degrees in practical fields (such as biological and agricultural engineering) or certificate programs for undergraduates (such as soil science or feed milling). For the most part, online is not supplanting traditional undergraduate offerings.

Even though it carries the taint of profit-seeking, Kaplan University’s reputation has something of a favorable gloss. Kaplan has been criticized just like many other for-profits, but quickly changed policies when the government found them objectionable. Kaplan is no fly-by-night operation; Stanley Kaplan started it in 1938 as a test-preparation school for exams like the SAT, and the Washington Post owned it from 1984 to 2013, when Amazon’s Jeff Bezos bought the newspaper (separating it from Kaplan).

One hurdle for the purchase is accreditation. Since both Kaplan and Purdue are accredited by the Higher Learning Commission (HLC), it seems doubtful that HLC will fail to accredit NewU, but faculty concerns are typically a big factor in the accreditation process. The Indiana chapter of the American Association of University Professors (AAUP) said it “objects strenuously” to the purchase and adds, “Non-profit institutions serve the public good; for-profit private institutions serve corporate interests. The two should not mix.”

With so much at stake, the details of the purchase are under scrutiny.

Purdue will purchase Kaplan University for a dollar, with the option to buy it out in six years. (Kaplan keeps some of its assets, such as its professional and technical education.)

To facilitate the purchase, the Indiana state legislature quietly included provisions in its latest budget allowing NewU to be a “public-benefit corporation,” which, according to Indiana law, is a “nonprofit corporation organized for public or charitable purposes, such as a museum.” Brian Zink, senior director for news and information at Purdue, says, “Such a corporation can exist as a separate legal entity and pursue its own educational mission while being controlled by, but remaining distinct from, a state university such as Purdue.”

Kaplan, a subsidiary of Graham Holdings, Inc., will remain independent and receive revenues from Purdue. Purdue will pay Kaplan to provide “back-office” services, and Kaplan will receive 12.5 percent of NewU’s revenues, but only after New U’s operating expenses are covered. Zink points out that NewU is guaranteed a $10 million payment beyond its operating expenses each year for five years, either from its own revenue or from Kaplan. After the fifth year, it will receive 10 percent of its revenue before the 12.5 percent payment kicks in. Part of the compensation to Kaplan, says Zink, is an ”earn-out” for the assets it sold for $1.

Paul Fain of Inside Higher Ed, who made an intense effort to pin down the legal and financial aspects of the purchase, suggests that there will be problems of transparency. NewU is not a typical non-profit under 501(c)(3) of the tax code, so it won’t have to file 990 forms that provide disclosures. Some “trade secret” information is being kept under cover and not revealed in the filing with the Securities and Exchange Commission. Yet NewU will be a public entity for the sake of Title IV purposes; it does not need to meet the same federal financial restrictions that for-profits do.

A big question is whether the university will stand behind NewU if it runs into financial trouble. The university agrees to compensate Kaplan under some circumstances. However, Daniels pointed out early on that should that happen, the funds would not come from taxpayers but from other Purdue funds. Brian Zink says, “It is true that Kaplan may in limited circumstances be compensated out of NewU funds for a lost portion of its fee if it is foregone as a result of certain policy changes. However, that fee is subordinated in NewU’s financial structure, meaning it would only be paid after NewU receives its own guaranteed compensation and recovers its expense.”

For students of “disruptive technology,” Purdue’s purchase is a textbook response to innovation—but one that is rare and difficult to pull off. In The Innovator’s Dilemma, Clayton Christensen, the man who popularized the term, says that IBM was one of the few traditional computer companies to survive the onslaught of the personal computer (others such as once-famous Digital Equipment Company and Wang Laboratories faded away). It did so by creating a completely autonomous company in Boca Raton, Florida—far from its headquarters in Armonk, New York.

While Purdue is not creating a distant outpost, it is creating an autonomous unit and buying a school that is already up and running. As Daniels said in his initial statement about the purchase, he and Purdue leadership spent several years studying how to adapt to online education. “The conclusion we reached was that even if we invested years and millions of dollars into advancing our digital offerings, there would be no guarantee of success.”

Alana Dunagan, head of higher education at the Christensen Institute, applauds Daniels’ action and believes that the school can innovate in distance education because of its autonomy. But she isn’t sure that other schools can copy what Purdue is doing. “It requires a really innovative leader at the top, someone who takes personal risks,” Dunagan said. “As a former governor, Mitch Daniels has the business expertise and the political chops to do it, but average college presidents may not be able to—even if they have the vision to see beyond the biases of higher education.”