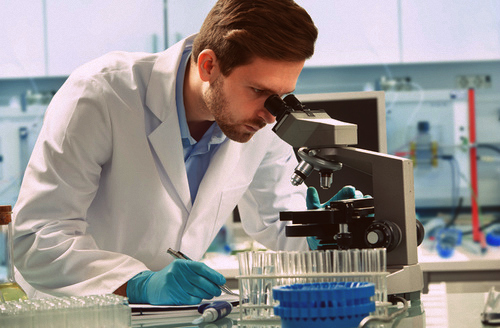 Not long ago I was working with my occasional co-author, an associate dean in the school of economic, political and policy sciences at the University of Texas at Dallas, on creating a campus research institute focused on spontaneous orders. That is a field that attempts to explain how social order emerges from the spontaneous interactions of individuals mutually adjusting their actions to each other—that is, how order results from human action, not human design. Our idea hit a roadblock in the form of the provost, who said he wouldn’t support such a project because he didn’t “believe in complexity” as a science. And that was the end of the institute.

Why would the provost make that decision? We can perhaps understand if we think about the idea of scientific paradigms developed by the physicist and science historian Thomas Kuhn. Kuhn’s idea was that science is not really linear in its accumulation of scientific knowledge, but rather goes through periods of “normal science” and revolutionary periods called “paradigm shifts.” During those shifts, radical new ideas emerge and overthrow the older ways of doing science and understanding the world, and set the agenda for the next period of normal science.

For example, normal science in the 19th century involved investigating Newtonian dynamics and thermodynamics. Then came the paradigm shift of relativity and quantum mechanics, which drive the research of a great many physicists today. Some of this research requires multi-billion-dollar facilities and equipment, which affects financial incentives.

The increasing size of particle accelerators, for instance, was a demonstration of diminishing returns in physics, since more and more power was needed to find and describe fewer and fewer things. Of course, all of that was necessary for continued discovery. But increased spending in one area means reduced spending in another.

Our institutions are dominated by those doing science in the current paradigm. Which is what we should in fact expect. But that means that most funding sources—whether government or private—are going to be conservative and fund the already-established rather than investigations into something that may not work out.

But things are changing. With linear, reductionist science running up against the limits of its methods, and with the slow rise of complexity science (e.g., chaos theory, network theory, information theory, self-organization, bios theory, emergence, constructal theory, etc.), science seems to be on the cusp of a paradigm shift. And this also will affect funding and incentives.

Our institutions are dominated by those doing science in the current paradigm. Which is what we should in fact expect. But that means that most funding sources—whether government or private—are going to be conservative and fund the already-established rather than investigations into something that may not work out. And scientists tend to protect their turf against new ideas that could replace them. These factors explain, in my view, why our proposed institute at UT-Dallas was blocked by the provost. Yes, the institute could have brought money to the university, but it wasn’t going to be the right kind of money.

Perverse Incentives and the Politicization of Science

If science today is increasingly uninteresting and results in diminishing returns over time, one perhaps shouldn’t be surprised if funding for it decreases. As Marc A. Edwards and Siddhartha Roy argue in their recent Environmental Engineering article on perverse incentives in science, disinvestment in science results in hypercompetitiveness in the grant system. To get more money, universities start rewarding researchers for getting grant funding for the institution, meaning scientists are spending more time grant writing and less time in the lab, doing actual science.

I actually know a former neuroscientist who quit his lab and doing neuroscience altogether because, as he said, he was literally nothing more than a grant writer and had completely ceased being a scientist. While his grant writing was in fact supporting a neuroscience lab, he ended up using it to support the work of others in his lab rather than his own work. There is now one less neuroscientist in the world because of the way science is funded. If the way we fund science keeps scientists from doing any actual science, those are indeed perverse incentives.

Science spending is in many ways quite similar to philanthropic spending. It is hard to determine exactly the best way to spend one’s money to get the best results. Part of the problem is that we typically cannot know what the best results will be. In economics profitability and the price system help coordinate our actions and determine the best course. But in science, funding is almost completely disconnected from any of the actual work done or any of the actual outcomes. This is a feature, not a bug—and a good feature. The more no-strings-attached funding we have, the better it is for scientific discovery.

The problem, however, is that funders typically have their own sets of incentives. Businesses typically want to fund research aiding the creation of new products or helping them stave off regulators. And governments are no more altruistic in their motives. Even the best-designed funding apparatus will feel some pressure from legislators, who hold the purse strings and have their own agendas. If the findings of some scientists contradict certain legislators’ political interests, science funding itself can come under fire. This creates incentives to fund mostly safe science that won’t rock too many boats. Or it results in the outright politicization of science.

[In] science, funding is almost completely disconnected from any of the actual work done or any of the actual outcomes. This is a feature, not a bug—and a good feature. The more no-strings-attached funding we have, the better it is for scientific discovery.

Such politicization is also a perhaps unsurprising result of the breakdown of the old paradigm in science. When those with institutional power feel threatened, they tend to politicize the situation to try to retain that power. This is part of what happened with the recent March for Science, held in large cities around the country. It wasn’t really a march for science, but rather a march for politicized science in the current paradigm. If scientists are spending most of their time trying to get funding anyway, it makes sense to spend time in a march to get more funding.

In addition, because governments are ostensibly ways to provide public support for public missions, it also makes sense for them to fund science with some sort of public mission behind it. Which is why we’ve seen so much federal spending on climate change and green energy. But when goals beyond the pursuit of scientific truth are set up, science itself is weakened by being turned into an ideology, as observed by Michael Polanyi in The Logic of Liberty.

Normally, scientists decide what to research. But if funding is specifically designed to target certain kinds of research (e.g., climate research, or even the Human Genome Project or the more recent Human Connectome Project), then those doing the preferred kinds of research will get the funding dollars, which will in turn encourage more people to go into the preferred fields.

The problem is that even a panel of completely neutral scientists won’t have the knowledge necessary to determine the best directions to take in science. More, when government decides on certain directions for science, those directions are sometimes decided more on partisan and policy considerations than on science proper.

A similar scenario has already played out at the National Endowment for the Arts and National Endowment for the Humanities. There was a time when individual artists and writers were funded. However, some of them ended up being very controversial and offended a great many voters. Now those two entities mostly fund institutions, including museums, operas, and Shakespeare Festivals. I’m hardly one to complain about Shakespeare Festivals, but we do have to admit they are a safe choice over, say, a festival featuring Mapplethorpe photographs.

So long as political considerations can be kept out of funding decisions, supporting individual scientists shouldn’t be a problem, outside of the year-to-year funding issues already mentioned. One solution to that issue is long-term grants tied into the creation of research institutes that continue on certain kinds of research no matter who is there. But even here there are perverse incentives at play, because almost by definition a research institute is going to involve investigations in science as it exists now.

That is, there will be even more institutional weight given to the creation of science in the current paradigm, even as it is giving us diminishing returns. Funding would likely tend increasingly toward more “sure things,” to make sure the money isn’t being “wasted.” The people with the purse strings—the politicians—like to check in on how the money is being spent, and are more than willing to redirect money being “wasted” toward more lucrative projects. This acts as an incentive on those deciding how to direct funding to choose safer, surer research.

Science funding thus seems to primarily work to provide ongoing support for science research in our existing paradigm, perhaps at the expense of science undergoing a necessary paradigm shift.

Science funding thus seems to primarily work to provide ongoing support for science research in our existing paradigm, perhaps at the expense of science undergoing a necessary paradigm shift. If the decision-makers at the levels of government, private funders such as businesses and philanthropies, and the universities where most scientific research is now conducted are all doing that kind of science, we shouldn’t be surprised if most of the funding goes in that direction, and little goes toward the emerging paradigm.

And that indeed is what my collaborator and I discovered at UT-Dallas. He and I are working in the new paradigm of complexity and spontaneous orders. Many of the ideas in complexity science are hardly new, but their dominance has been held at bay by the other scientific paradigms currently in place. But as reductionism continues to give rise to bad scientific outcomes precisely because using it results in diminishing returns, the shift will eventually become inevitable. In the meantime, we are going to have to suffer through a great many examples of perverse incentives in the sciences as the old system collapses ahead of the emergence of the new system of scientific discovery.