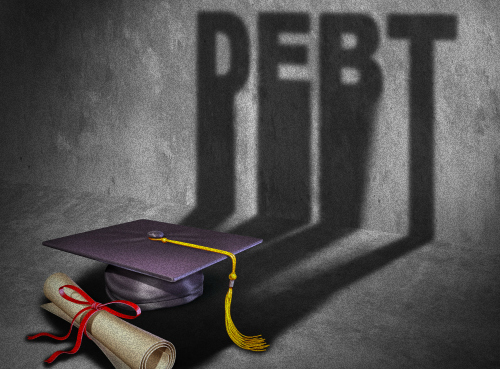 Student loan debt, now totaling roughly $1.3 trillion, is the second largest source of debt in the United States. This is especially concerning given that there are presently eight million people in default on their student loans.

Under federal law, colleges, especially those with open enrollment such as two-year technical schools, face severe consequences if, for three consecutive years, 30 percent of student borrowers default on their loans.

If that happens, colleges risk losing all federal funding, including Pell Grant money, a major income source for two-year schools.

To avoid having Pell Grant funding withdrawn, many of North Carolina’s community colleges, for example, have stopped participating in student loan programs altogether. A majority of the state’s 58 community colleges have opted out.

Leaving federal loan programs is the only option many colleges have to protect their Pell Grant eligibility. That’s because another option—minimizing default risk on the front end of the financial aid process—is not open to them.

For example, it is illegal for colleges to weigh factors such as a student’s program of study or borrowing history to determine loan amounts, even if school officials may doubt the student’s ability to make loan repayments in the future.

Some organizations, such as the National Association of Student Financial Aid and Administrators (NASFAA) have criticized this law.

NASFAA proposes that colleges should be allowed to limit loans for “specific populations, academic programs, credential levels, or other categories established by the school.”

The U.S. Department of Education in 2011 began an initiative allowing participating colleges to limit student loans in ways similar to those NASFAA suggests. However, the experiment, which includes just 24 colleges, is scheduled to end this month because, according to the Department, there is insufficient evidence it has been effective.

This is likely welcome news to New America, a think tank in Washington, D.C. It published a report in May arguing that limiting loans for students at risk of default is not a reasonable option. The report suggests that allowing colleges to limit loan amounts also would limit access to higher education, especially for low-income students.

New America argues that loans provide important financial support beyond tuition, and that students who struggle to cover basic living needs are more likely to drop out of school and eventually default on any loans that they may already have taken out.

Of course, some low-income students do rely on federal loans to make up for living costs. However, New America paints an overly broad picture.

Perhaps not offering any federal loans would be detrimental to low-income students. But it’s not the case that limiting student loans after weighing factors such as academic history, cumulative debt, or intended program of study would somehow unfairly target them.

Besides, the current system, which awards loans on an almost no-questions-asked basis, is rather extreme. It seems reasonable to expect that colleges should have at least some control over their students’ borrowing practices.

As mentioned earlier, schools have legitimate reasons for limiting student loans, and community colleges in particular have a good reason for doing so.

For example, Jeff Lowrance, public information officer and special assistant to the president at Central Piedmont Community College (CPCC) in Charlotte, said in a Martin Center interview that his college pulled out of the federal loan program because the possibility of losing the Pell Grant was “too big of a risk.”

Lowrance noted that out of the roughly 20,000 students at CPCC, over 11,000 relied on the Pell Grant in the 2014-2015 academic year. “You can imagine how crippling that would be if we lost our ability to offer Pell Grants,” he said.

Mitchell Community College (MCC), also in North Carolina, does not participate in the federal loan program for similar reasons.

Jeremi Watkins, a financial aid specialist there, said in an interview that MCC decided to not offer federal loans because “students in a community college setting tend to default more [often].” Watkins also emphasized that most students at his college already had their financial needs met by the Pell Grant.

Indeed, in North Carolina and across the country, many low-income students, especially those at community colleges, rely on such grants to fund tuition and other expenses.

The U.S. Department of Education reported that, in the 2012-2013 academic year, more than three million community college students received Pell Grant money. The funds allowed them to “pay for tuition, books, transportation, and living expenses.”

When faced with the prospect of losing Pell Grant eligibility, it makes sense that many community colleges, such as Central Piedmont and Mitchell Community College, would want to stop participating in federal loan programs. This is a reasonable policy for financial aid departments to adopt given the limited options they currently have.

Penalizing schools for high student loan default rates is sensible, but only if they are given flexibility to try to stop the problem before it arises.

But colleges should not have to choose between protecting the Pell Grant and offering loans to students who may benefit from them, even if at community colleges those students are few and far between. As the New America report notes, there are some low-income students for whom loans might be required if they are to complete coursework.

Penalizing schools for high student loan default rates is sensible, but only if they are given flexibility to try to stop the problem before it arises.

Editor’s note: This article previously implied that colleges are not permitted to consider a student’s academic record in determining student loan eligibility. This is incorrect, colleges can limit loans based on students’ Satisfactory Academic Progress. We regret the error.

Goldstein: Research Universities Have a Duty to Reopen