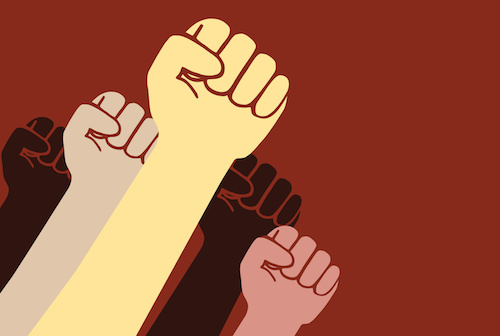 On March 2, there was one of those oh-so-revealing events that makes people realize that very bad trends are at work in America, trends that are corroding the essence of civilization.

Middlebury College in Vermont is a liberal arts school. The prolific author and American Enterprise Institute scholar Charles Murray was asked to speak at Middlebury and answer questions from faculty and audience members. He is used to confrontations, but could not have imagined how vicious things would get up in the Green Mountain State.

Inside Higher Ed’s story on the event explains that college officials admonished the students prior to the talk that they could protest but not disrupt Murray’s talk, which was to be about the way white America is coming apart—the title of his latest book—along class lines. Unfortunately, that admonition did no good. “As soon as Murray took the stage,” we read, “students stood up, turned their backs to him and started various chants that were loud enough and in unison such that he could not talk over them. Chants included:

Your message is hatred. We cannot tolerate it.

Who is the enemy? White supremacy!

Video of the ugly scene in the lecture hall is available here.

And then matters turned worse. Fearing that there might be a raucous, disruptive mob instead of an audience of students willing to listen and consider Murray’s arguments, school administrators had set up a contingency plan. Once it became clear that the mob had killed the lecture, they moved to another location where Murray would give his talk, which would be live-streamed to students.

Sadly, that location was soon beset by the mob, with banging on windows and pulling of fire alarms. Murray and Professor Allison Stanger, who was the moderator for the talk, tried their best to continue a rational discussion.

What transpired felt like a scene from Homeland rather than an evening at an institution of higher learning. We confronted an angry mob as we tried to exit the building. Most of the hatred was focused on Dr. Murray, but when I took his right arm both to shield him from attack and to make sure we stayed together so I could reach the car too, that’s when the hatred turned on me. One thug grabbed me by the hair and another shoved me in a different direction. I noticed signs with expletives and my name on them.

The mob surrounded the car, pounding on it. After a few frightening minutes, the driver, Middlebury’s vice president for communications Bill Burger, managed to get away. Their plan was to enjoy a quiet dinner together, but after arriving, Burger said that the mob had learned of their location and advised that the only safe course was to leave town immediately. (Professor Stanger realized that she was in pain and was later treated at a local hospital for a neck injury she’d suffered while trying to get into the car.)

What could have caused such unrelenting hatred among students at an expensive liberal arts college? Why do some students feel justified in demonizing, shouting down, and even physically assaulting people who are perceived as enemies? Clues are found in the sentiments of Middlebury students such as Nic Valenti, who explained why he thought that it would be perfectly acceptable to shout down Murray in this letter published in the school newspaper the day before the scheduled talk:

When I first arrived at Middlebury I was clueless to the systems of power constructed around race, gender, sexuality, class or ability, and found that when I talked about these issues as I understood them—or rather, as I didn’t—I was met with blank stares and stigma rather than substantial debate. As a young bigot, I can recall thinking: ‘I thought at Middlebury I would get to have intellectual discussions, but instead it feels as though my views are being censored.’ However, as a first-year I had failed to consider a simple, yet powerful component of debate: not all opinions are valid opinions.

What can we make of that statement?

First, it tells us a lot about the instruction at Middlebury. A student who enters the college quickly becomes convinced that he used to be a “bigot” because he hadn’t grasped the leftist narrative that America is a bad country due to its various oppressive “systems of power.” That’s standard fare in an array of “studies” courses, but it’s evident that he heard nothing in his studies to challenge those easily debated notions.

Finally, it is impossible for Valenti (or anyone else) to know which opinions are “valid” unless the person holding them is allowed to present them and argue the case for them. Presumably he and his fellow mobsters would allow someone to offer a contrarian theory about, say, black holes or the authorship of Shakespeare’s plays. They wouldn’t arrogantly declare the individual’s opinion “invalid” without hearing and considering it first. But when it comes to anti-progressives like Murray, things are different.

The reason why, I think, is explained by the intellectual tribalism that grips much of America.

I mean that many people label others as either being in their tribe (consisting of people who are righteous and always correct) and the opposing tribe (consisting of people who are evil, stupid, and wrong on everything). Real scholars never impart such ideas because they know that reasonable and moral people can disagree on almost everything. They also know that the only way for civilized people to counter error is through debate; they know that people cannot be persuaded with violence.

Unfortunately, intellectual tribalism is spreading like the Black Death among so-called progressives. Anyone who disagrees with progressive policies is likely to be labeled an enemy, much as Karl Marx labeled everyone who rejected his beliefs a “class enemy.” The more influential such a person is, the more vehement the attacks and hatred against him. Murray, for example, is called a “racist” and “white supremacist” even though he is neither.

(Try this thought experiment. What would have happened if one of the good, liberal students had piped up and asked, “But shouldn’t we find out if this guy really is a white supremacist before we shout him down?”)

And turning to the toxic effects of this indoctrination, one is the growing idea that the enemy tribe must be fought by any means necessary. Not only do evil people like Murray not deserve to be heard, they deserve to be punched.

Professor Michael Munger of Duke University recently commented on this disturbing phenomenon after he discovered a flier on campus. The flier, he wrote, “encouraged students to ‘bash the fash!’ meaning physically assault fascists. The definition of ‘fascist,’ conveniently, appears to be anyone who disagrees with the smothering leftist orthodoxy that the flier-istas embrace.” Just smear your opponents with a nasty name and it’s easy to whip up hatred and violence.

In Orwell’s 1984, Big Brother’s regime utilized the Two Minute Hate against an imaginary villain to maintain support among the people. At Middlebury, it was more like two hours, and the “villain” perfectly real, but the effect was the same. The leftist zealots “won” by preventing discussion and forcing “bad” people to flee in fear.

The veneer of civilization is thin enough under the best of circumstances. Education ought to strengthen it by making people more willing to listen respectfully to others, disagree rationally, and peacefully walk away from intractable disputes. The behavior of the Middlebury mob shows that for a significant number of students, education has taken them away from civilization, putting them back into the mindset of primitive tribalism.