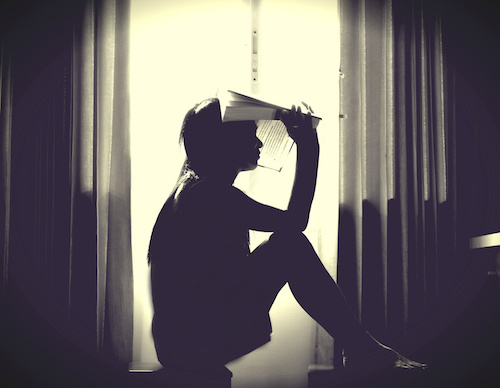 As Massachusetts was considering signing on to a national curriculum and testing plan called Common Core, one of its lead writers gave a presentation to its state board of education. Even Common Core advocate Professor Jason Zimba agreed this national program would prepare students “for the colleges most kids go to, but not for the college most parents aspire to.” Common Core’s graduation requirements are “not for selective colleges,” he continued.

That’s not what a lot of reporters, teachers, and policymakers are telling the public about Common Core.

The New York Times says we can “Credit President Obama and the Common Core Standards for putting the ‘college and career ready’ mantra on the lips of K-12 educators across the country.” Indeed, “college and career readiness” is essentially the motto of Common Core, appearing in its subtitle and 60 times in its 640 pages of curriculum and test mandates.

Yet “college-ready” depends on which colleges we’re talking about, which undercuts the initiative’s promise of curricular equality.

Common Core is usually considered a national K-12 education initiative, but it is more than that. Federal and state regulations loop all the key parts of American education into Common Core, so it affects all levels of our education.

Unfortunately, Common Core undermines students’ intellectual growth (as I argue in my book The Education Invasion) and leaves many graduates unprepared for true college-level work, as opposed to career training. Here are the main reasons why.

Common Core requires high-school seniors—those about to enter college or adult life—to read  70 percent nonfiction and 30 percent fiction in school. Younger children start out with a higher proportion of fiction, which gradually declines.

An early study discussing these requirements from Sandra Stotsky and Mark Bauerlein, both respected scholars, found that “college readiness will likely decrease when the secondary English curriculum prioritizes literary nonfiction or informational reading and reduces the study of complex literary texts and literary traditions.” That’s because research shows the students who are best prepared for college have the most experience with complex texts, mainly classic works of literature. No research finds a tie between college readiness and “informational” reading.

Thus, Common Core means that students will read fewer pages of Dickens and Dostoyevsky and more pages devoted to such informational material as federal administrative orders.

Another flaw of Common Core is that it effectively eliminates pathways for students to take Algebra 1 in eighth grade, a necessary step for any student who wants to pursue a math or science college degree without remediation.

Between 2013 and 2015, the latest data available “shows that nationally, teaching Algebra in grade 8 dropped from 33 percent to 29 percent, the first drop in ten years,” writes former U.S. Department of Education policy advisor Ze’ev Wurman. That’s largely due to the fact that Common Core degrades the level of expected math completion for high school students to a partially completed Algebra II course. Entering college with that math preparation means having to take remedial courses before attempting calculus, the gateway to the STEM fields. As Sandra Stotsky wrote in this Wall Street Journal op-ed, Common Core’s standards “are too weak to give us more engineers or scientists.”

According to the Every Student Succeeds Act, even the highest-quality public universities must admit students at this low level of preparation, and place them into “credit-bearing,” not remedial, coursework. That is simply not possible for a good science program without dramatically reducing its academic quality.

It’s still a bit early to make solid conclusions about Common Core’s effects on recent high school graduates, since it was not fully implemented in most American schools until 2014, but the early results of its curricular missteps are worrisome. Wurman notes that overall ACT scores have slightly declined since 2009, and SAT scores dropped in 2015 after showing no changes since 2007.

Common Core’s “chief architect,” David Coleman, was hired to run the College Board in 2012, and set about revamping the SAT in its image. The newly revamped SAT came out for the first time last spring, and since then has been plagued with problems.

One that’s most relevant here is that the redesigned math problems were wordy and confusing, leading to charges they didn’t measure students’ math abilities so much as language facility, depriving language-challenged kids of their chance to shine on at least two portions of the test. This also casts doubts about the SAT’s ability to fairly predict students’ preparedness for college.

The SAT shift creates another problem—removing a formerly independent measuring stick for the effects of large curricular changes like Common Core. Since the SAT has changed drastically as Common Core phased in, it will be difficult if not impossible to compare its pre- and post-Common Core results.

American education was not designed mainly for the private benefit of personal economic advancement, but for the public benefit of cooperating with families to bring up citizens capable of self-government. Those public and transcendent benefits were also once the core motivations for higher education.

Unfortunately, in the era of Common Core, the main educational emphasis is “career-readiness.” It drops the vision of American citizens as free people with the right and responsibility of self-rule, and instead treats students like “human resources” that officials must shape to perform some function in our increasingly government-controlled society.

There’s nothing wrong with technical training, but it’s damaging to make it the central purpose of public education, as Common Core does.

Last year, congressional Republicans pushed through and President Obama signed into law the Every Student Succeeds Act mentioned above. Among its other requirements, as Jane Robbins of the American Principles Project notes here, the law requires the states to tie freshman college coursework to Common Core exit standards. That will accelerate the initiatives underway to hitch college-level work to high-school-level work. This might sound logical, but it is a major break with American practices.

A mere high school diploma has never before guaranteed preparation for college. It has only certified that the bearer did at least the minimum required to graduate from high school (which nowadays has been getting easier and easier, as the Washington Post recently reported, to satisfy regulatory pressure on high schools to graduate higher percentages of students).

To enter college, high school graduates have traditionally been required to demonstrate academic preparation that exceeds the average, not merely the ability to scrape by the lowest graduation requirements. Americans formerly sent to college the particularly academic-minded, and our graduation and entrance requirements for both institutions reflected that distinction. By declaring that Common Core is good enough, we undermine the need to strive for excellence that used to drive students.

This has already led to declining academic standards of colleges such that employers continue to complain recent graduates are terribly unqualified. It gives people certificates of achievement without requiring them to earn those certificates, which ends up making the certificates useless.

‘Witches’ and ‘Viruses:’ The Activist-Academic Threat and a Policy Response