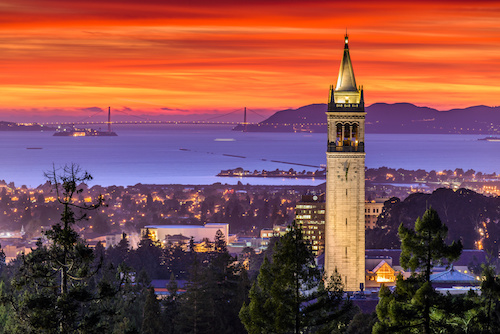 President Trump scares academe. Many feel threatened, under siege, rejected, aghast. Eric Klineberg, professor of sociology at New York University, summed up this anxiety a few days after the election: “My pulse raced and my blood pressure spiked when I realized that Donald Trump would be president. I felt afraid.”

Trump’s victory, he adds, is “a repudiation of everything that universities stand for: free speech, open inquiry, inclusion, and civility; reason, and the relentless pursuit of truth and wisdom.” We now live in a “post-truth era.”

That last reference, of course, is to what many of Trump’s critics say is his common distortion of reality, flagrant lies, and preference for “alternative facts.” It is also a reference to what Klineberg calls his “disdain for academic norms and values.”

Yet what’s lost amid all the lamenting is that academe has been shredding many of those norms and values for some time. Except perhaps in the hard sciences, it has by and large rejected the idea that objective truth exists or that obtaining wisdom might be possible; it maintains that things such as human nature, psychology, and gender identity are social constructs; it asserts that language is self-referential and hegemonic, merely reflecting the interests and values of society’s powerful and elite; and it embraces moral, epistemological, and cultural relativism. In short, it embodies postmodernism.

This ideology helped pave the way for Trump.

I’m not saying that academe is directly responsible for his election, but that it shares many of the characteristics that it criticizes the president for: abandoning universal reason; rejecting common values; seeing language primarily as a tool of manipulation; and eschewing tradition, to give a few examples.

As a result, academe has lost the high ground to present its “norms and values” as an alternative to what it portrays as the nihilism of the nascent Trump administration. Its denunciations ring hollow.

I witnessed this firsthand at a conference I recently attended. The feelings of dejection and dismay were palpable. There was much commiserating and disbelief. During the plenary session, the moderator and panelists felt a need to reassure the audience—and themselves, I suppose. They were defensive, reactionary, and, at times, preachy. They called for soul-searching—“Where do we belong?”—and for getting to the root of campus-climate issues. It is time, said one panelist, for the “acknowledgement of racism” inherent in the structure of higher education.

There were additional calls for action: academics should learn to communicate their ideas to the broader public; help students become better media consumers; and teach more critical thinking and civics. Also raised were the lack of civility in public discourse and the need for common ground in these fractious times.

To that end, the moderator called for restoring non-negotiable principles, and quoted the last paragraph of Lincoln’s first inaugural address where he reminded both Northerners and Southerners of the common values they shared and would reclaim once they were “touched…by the better angels of our nature.”

Not mentioned was that those values included “patriotism, Christianity, and a firm reliance on Him who has never yet forsaken this favored land,” as well as Lincoln’s fundamental belief in the founding principles of the nation, the Constitution, and “universal law.”

I’m not impugning the moderator’s sincerity in quoting Lincoln. Rather, I find it an interesting choice, given that the things in which Lincoln found common ground—patriotism, the justness of America’s system of government, its “favored” status, Christianity, even religion itself—are anathema to many in academe.

Lincoln knew that American democracy wasn’t perfect. But he did not work from the premise that it was fundamentally flawed or that the founders created a system of government that was inherently racist or designed primarily to protect the interests and values of the wealthy and the politically and socially elite.

His faith in the core principles and values of American democracy was his starting a point—his non-negotiable premise for common understanding and the basis for discourse through which people, though impassioned, could speak to each other and engage in genuine dialogue. He believed in words and the power of language, not as a tool of manipulation, but as a means through which people could reach a common understanding, cultivate civility, and shape a shared identity.

Academe has largely given up on such things. For decades it has been turning out students who are ignorant of tradition and the knowledge that has been learned and accumulated over time. Too many leave colleges and universities not only ignorant (if not outright disdainful) of U.S. history and the Western tradition, but also ignorant of the reasons for the values they proclaim, such as toleration, diversity, human rights, and freedom of speech.

They believe those values are important, but they do not know why they are important, why they developed, why they might be different or the same, and in what respects. They possess not knowledge but assumptions, dogmas, or opinions at best. They lack the wherewithal to reach common ground.

This great failure, not only of higher education, but of education at all levels in American society, best explains the election of Trump.

For too long academe has been smug about its own assumptions, dogmas, and opinions. It has been unwilling to seek common ground with those with whom it has disagreed.

Now, when everything it claims to stand for is being repudiated, threatened, even undermined, it can only struggle to figure out where it belongs.

Unfortunately, when you start soul-searching in the midst of uncertainty, where you belong is likely to be determined for you.

How Academe Helped to Elect Trump

To Save the Humanities, Make Them More Hands On

The Case for Older Students