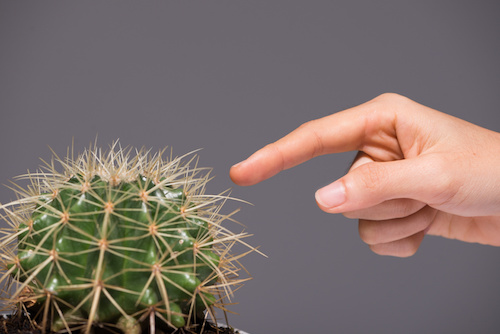 Recently, one of my neighbors saw students from Elizabethtown College, where I taught for many years, walking down the street wearing what looked like the puzzle pieces featured as symbols by Autistic Awareness.

When he asked why they were wearing the all-white puzzle pieces, one of the coeds proudly explained that they were dramatizing the outrage of “white privilege.” About 50 students and alums had pledged to wear these puzzle pins for the next month, until everyone became sensitive to how we were oppressing blacks.

A detailed Daily Mail story concerning this campaign against “white privilege” informed readers, “The school’s 203-acre campus is situated in Lancaster County, where according to the latest US Census data from 2015, more than 90 percent of the population is white.” The article also featured a picture of our administrative building, which it noted was packed full of white people. The borough where the president of the College Democrats wants “to get people to talk openly about race and white privilege” is likewise overwhelmingly white.

The student handing out puzzle pins poured her heart out to the local CBS affiliate with these words: “People of color have to wake up everyday and think about race and just about their life. What they have to do to not negatively impact their life. As a white person we don’t usually have to think about that.”

If this young woman is as deeply concerned as she suggests about the presumed suffering of blacks in the U.S., she should go somewhere where she can find some to help. The few blacks who live in Lancaster County don’t need her help and live here precisely because they want to wake up each morning without having to fear the crime that infests our large cities.

One of our close friends in the borough happens to be a black woman, an accountant, who voted for Trump. She scoffs at the idea that the problems of many black Americans are caused by the “privileges” enjoyed by whites.

The British paper correctly underlined the hypocrisy of whites pretending to be advocating for oppressed blacks while choosing to reside in a lily-white environment. This is the dirty little secret at Elizabethtown that I indiscreetly revealed in newspaper articles while I held an endowed chair at the college.

For decades, some of our departments, such as social work, education, and communications, have been full of young radicals who opt for a college that is at a safe distance from the minorities whom they claim to be championing. More than one such student has complained to me: “We don’t recruit enough students from inner cities to give us diversity.” To that I usually responded: “If you want diversity, then why don’t you go to a college in a black neighborhood, say Temple in Philadelphia?” This invariably caused the complainer to walk away.

The adolescents sporting the puzzle pins exemplify the prevailing spirit at the institution, but such grandstanding hasn’t always been the custom at the college. When I arrived there in the 1980s, Elizabethtown College seemed to be on the right path, educationally, fiscally, and in most other ways.

The president who hired me, Gerhard Spiegler, was a German scholar who hoped to make the institution into a first-rate center of learning. Spiegler hoped to elevate academic standards for students and faculty alike, and he practiced Teutonic thrift by keeping the size and salaries of the administration exceedingly low. He was hated by most of the old guard on campus, particularly by the faculty with terminal master’s degrees in education who taught their courses, as he would say, on “automatic pilot.”

Spiegler also hired assistants who were able to increase the school’s meager endowment and to raise funds for new buildings. Among the buildings that he arranged to erect were a state-of-the-art library and an Anabaptist Center, created for the study of the German Pietist sect that had established Elizabethtown College in 1899. He worked energetically to retain the loyalty of traditional Brethren alumni and donors and continued to look upon their coreligionists as a recruiting base.

Unlike much of the faculty, Spiegler leaned politically toward the Right and had no patience for academic agitators, especially for troublemakers who combined radical political views with a lack of professional accomplishments. Unfortunately, the troublemakers outlasted Spiegler, who laid down his duties in 1996.

During the next two administrations, the troublemakers got the “hope of change” they thought they wanted. It came in the form of lavishly salaried administrators (certainly by comparison to those who preceded them), rapidly escalating tuition, and a shifting emphasis at the college from a strict Pietist environment to the PC fad du jour, lately “white privilege.”

I’ve never seen an institution change so fundamentally within just a few years. The changes came on a number of fronts.

The cultural transformation moved from such Anabaptist-sounding activities as peace studies, to diversity deans and diversity studies through consciousness-raising events for blacks, women, and gays, “safe spaces” for LGBT, and special living arrangements for the transgendered. Black History and Women’s Months went on interminably and brought to the college a steady stream of outraged victim speakers.

Such commotions served a practical as well as ideological function. They gave special prominence to non-ideational disciplines (that is, majors that are more open to expressing grievances than teaching written bodies of knowledge), and the social justice exhibitionists are usually drawn from the students and faculty in these areas. Not insignificantly, those departments are now the cash cows at the college: they don’t require much in the way of equipment and have delivered loads of tuition-bearing students.

Needless to say, there’s no way the college could return to its historic Anabaptist roots. When I retired six years ago, less than one percent of the students belonged to one of the German “peace churches” once heavily represented at the college. The largest religious denomination among the student body is now Catholic, and our students, faculty, and administrators all lean strongly toward the left wing of the Democratic Party.

But the increasing emphasis on PC and diversity is bringing declining benefits. The incurious students who praise “hands-on learning” (which typically involves little serious learning) seem less and less likely to choose a middling college with a price tag of $55,000 a year. (Even with the negotiated bargains given to prospective buyers, the average yearly cost is around $30,000.) Students can major in primary education, social work, and communications for considerably less at a state institution, where they can also do their demonstrating.

In a nutshell, the college has become too expensive for what it offers its average student; an erosion of the customer base has started. Since 2009, the student body has declined from 1,866 to 1,707 and the school is encountering increasing difficulty meeting its annual goal of 450 entering freshmen. This year it trimmed $3 million from its budget. Justified fear has set in among the faculty that further savings will be extracted from their salaries and benefits.

It’s hard to imagine why one would go to Elizabethtown to partake of a uniqueness that no longer exists. If someone wants safe spaces for LGBT or intends to march against “white privilege,” why choose an expensive college that’s unknown to people outside our region?

Some things have improved at the college since I began teaching. There are more buildings and faculty, and the faculty is on the whole better credentialed than it was in the 1980s. Our diligent students are more likely to be accepted into the better professional schools and graduate programs than thirty years ago. Elizabethtown College has also in recent years produced Rhodes and Fulbright Scholars, an accomplishment that should give it far better bragging privileges than social justice grandstanding.

The school could have made those improvements without the disastrous decisions. It could have kept costs lower, avoided administrative bloating, been more selective about the students it admitted, and aimed at the academic excellence that always seemed pushed to the back in official statements about the college’s goals.

Administrators and their faculty enablers could have built on their traditional Protestant, regional heritage. Instead, they exchanged that heritage for the chance to become a caricature of Berkeley. The college is now hurting.

Sorry, Students, but I Have Never Espoused Racism or White Supremacy

A Small College Is Suffering from Self-inflicted Wounds

“Publish or Perish” Isn’t So Bad