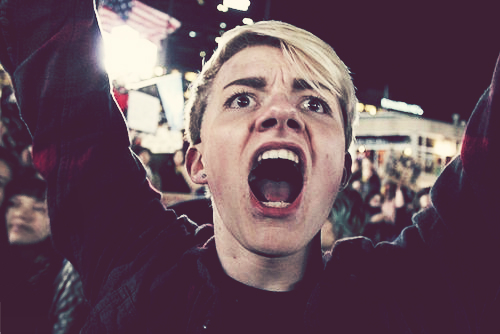 I pose a simple question: can free and civil discourse survive inclusion of those who would silence that discourse by any means possible—including violent intimidation?

That seems to be a straightforward question deserving of a straight answer: no, civil discourse will not, except under special circumstances, survive when participants seek to undermine or destroy it.

Yet, when that question is applied to academia, it quickly, and very understandably, becomes clouded over with two ideals broadly engrained in the American spirit: our strong, traditional allegiance to free speech and our more recent but passionate desire for inclusion.

But in this proposed scenario, both of those ideals fall short of the mark. There is an even more fundamental principle at stake: the willingness to abide by the social contract by respecting the rights of others. Unfortunately, this simple, stark conclusion is hard to see in the mists of the Ivory Tower.

A recent controversy at Fordham University provides an excellent vantage point from which to examine this question. My friend Jonathan Marks, a professor of political science at Ursinus College, wrote on Minding the Campus that Fordham erred in denying a request by Students for Justice in Palestine (SJP) for official club status. While his critique of Fordham’s rationale for denying that request has considerable merit, the university’s decision was correct.

Marks began his critique by calling to attention the 1995 landmark Supreme Court decision in Rosenberger v. Rector and Visitors of the University of Virginia. That case concerned a student Christian publication’s request to receive school funding, with the Court finding that the “government may not regulate speech based on its substantive content or the message it conveys.” Deciding for the publication, the Court added that “when the government targets not subject matter, but particular views, the violation of the First Amendment is all the more blatant.”

Although the University of Virginia is a public school (and is referred to as “the government” in the ruling), Fordham, despite being private, has long chosen to follow the same broad principles of academic freedom and free speech that public institutions do. Most private universities also adhere to those principles of free speech and open inquiry, and therefore can be subject to rulings such as Rosenberger. That means they cannot restrict student activities according to “viewpoint discrimination” (as do the few remaining religious schools that claim a right to promote a specific set of beliefs at the expense of all other perspectives).

Marks properly calls out Fordham for its blatant viewpoint discrimination, referring readers to the school administration’s attempt to justify its move with a claim that SJP’s “sole purpose was advocating political goals of a specific group against a specific country.” Fordham clearly would have been better off if it had simply omitted that rationale from its defense.

But there are other issues than discrimination with bearing on the Fordham case. Its situation is hardly identical to that of the University of Virginia in 1995; the difference is how the two student groups express their views. Whereas the plaintiffs in Rosenberger revealed their opinions by merely publishing them, SJP has a long record of violently disrupting campus activities to achieve its goals. (In this instance, intimidation in various forms may be considered violence. This includes activities such as shouting down speakers, since it physically denies people their right to speak.)

Indeed, there appears to be a clear pattern of activity indicating that SJP is conducting a national campaign to silence and intimidate pro-Israeli student groups through such means as counter-protests, shouting down speakers, walk-outs, demonizing or humiliating chants, and other disruptive tactics.

Marks noted with disapproval SJP’s tendency to perform such antisocial antics. But he rejected Fordham’s argument that the conduct of other SJP chapters throughout the country was sufficient cause to deny its request, instead citing the 1972 Supreme Court decision in Healey v. James.

Healy concerned a request by Students for a Democratic Society (SDS) to start a chapter at Central Connecticut State College (CCSC). SDS, as a national organization, had disrupted campuses all across the country, even shutting some down temporarily. That organization clearly did not wish to participate in a civil public discourse; it wanted to end it through intimidation. Given a chance by the university administration to denounce violence as a tactic, the CCSC chapter refused to do so, which, given prior activities by other SDS chapters, suggests an inclination to indeed use violence as a means to its ends. Still, the Court decided in favor of SDS and against the university.

I contend that decision—made in the feverish conclusion to the turbulent 1960s—is wrong and needs to be challenged. While the freedoms of speech and association are extremely desirable pillars of our society, they are not necessarily of such moral weight that they trump all other concerns. As Russell Kirk wrote in 1955, “it is a principle of English and American jurisprudence that we are not compelled to extend freedom to those who would subvert freedom.”

American freedom is the result of a contract in which all parties agree to honor certain rights of others. Academic freedom exists with that spirit in mind, and when an individual or group on campus refuses to honor the spirit of that contract, they should forfeit their right to participate.

Therefore, Fordham was correct to reject SJP, given that there is a clear and demonstrable record that shows SJP, when granted the right of free association on campus, will use that right to deny the equally valid rights of Jewish groups.

Not to do so will have dire consequences, if adopted as a general rule for all academia. Extending broad academic freedom protections to organizations that use violence and intimidation to get their way will sound the death knell of academia as the marketplace of ideas and bring about an academic jungle with brute power as the standard. Dealing with such matters may mean a less-than-perfect conception of free speech in some cases. But free speech, freedom of association, and academic freedom have never been all-or-nothing propositions; everybody can come up with exceptions such as yelling “fire” in a crowded theater or promoting violent overthrow of the government.

One alternative may be to give groups with antisocial proclivities, such as SJP, official status after a probationary period, during which any intrusion on the rights of others is cause for an end to their inclusion. But that may be merely postponing the inevitable—groups such as SJP and Black Lives Matter exist for political intimidation. Furthermore, it is always politically easier to deny a group initially than to remove it from campus once it has been allowed to establish itself and grow.

Keeping our civilization civilized through limiting the activities of those who would damage it is hard—but unfortunately, sometimes necessary. And it may be that ensuring that young people understand that the social contract is inviolable, no matter how heartfelt their political passions are, is the most important education of all.