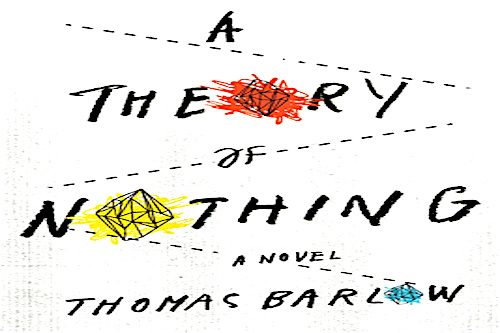 The college novel is a staple of Anglosphere literature; academia is an especially target-rich environment for social critics and satirists.

Yet, the best-selling college novels usually aim at a relatively small subset of that environment. Most merely use the campus as a backdrop for stories that could take place almost anywhere: coming of age stories, loss of virginity stories, stories of adultery, sexual romps, mid-life crises, crime stories, and so on. Many aim at droll satire but achieve something more like clumsy farce.

More important is the paucity of critical looks at the ideas represented by higher education. When important themes are explored in a serious tone, they are invariably done from an Ivory Tower or Upper West Side perspective. (Tom Wolfe’s I Am Charlotte Simmons is one rare exception to this rule). That is, a range of perspectives that stretches from Democrat Party establishment to cultural Marxist.

Too many are written by either academics or successful novelists who feel most at home in academia or left-wing literary enclaves: to expose too fully academia’s soft hubristic underbelly might not play well at cocktail hour.

But the cracks in the Ivory Tower are becoming canyons. The humanities today are struggling; their relativistic craving to change the world keeps bumping into stubborn reality with unpleasant results. For example, no matter how hard they try to deny it, biology keeps placing limitations on the social construct of gender.

The empirical sciences, even though they have gained universal intellectual primacy, have their own problems as well. One of which is that, despite the insistence of many leading scientists that science is capable of solving all problems empirically, they keep banging into questions of morality that belie such confidence. Whether technology is useful or harmful depends on who possesses it. Conducted—or financed—by individuals with selfish motives, science is easily corruptible, by politics as well as money.

Academic administrators have proven incapable of holding either radical politics or greed at bay. They chase research grants with the same degree of dignity shown by underage groupies chasing celebrity boy band members, and they placate and patronize the most absurdly radical humanists for fear of confrontation and bad publicity.

Australian writer Thomas Barlow’s first novel, A Theory of Nothing, begins at the intersection of these problems. Although the underlying issues of the novel are deadly serious, Barlow takes the reader on a lighthearted trek through the worlds of academia and government-sponsored scientific research, using satire to thrust deep into the dark empty space that occupies the place where academia’s soul should be. He is well versed in that world, having earned a Ph.D. in chemistry from Oxford and spent time as a visiting fellow at MIT. He is therefore well acquainted with the complex and difficult creatures that inhabit the middle and upper floors of the Ivory Tower.

Duronimus Karlof, the protagonist of A Theory of Nothing, is one of those Tower residents. A rising star in the Harvard physics department, he is brilliant, an earnest investigator of new knowledge, with an altruistic streak. He can also be self-serving, excessively ambitious, and manipulative.

As a man of science, he scoffs at investigations into whether reality can be truly considered objective, dismissing them as the sort of thing sixteen-year-old future scientists without girlfriends find fascinating but discard as they progress intellectually and socially. Truth is the result of objective experimentation to the grown-up scientist—further speculation is counterproductive.

But Karlof’s ordinary academic existence ends when Sandra Hidecock, a celebrated feminist theorist and law professor, throws herself out of a fourth story window in a desperate challenge to the laws of gravity (the results of her experiment, sadly, were all-too-conclusive).

When he first reviews Hidecock’s unpublished notes, he dismisses her sophomoric ramblings about finding a way around reality. But Karlof is a big softy; Hidecock’s needless death affects him deeply. And today, even objective scientists can have their reason tainted by ideas from the political world, such as the “precautionary principle,” which suggests that policy-makers must be ready to act before there is conclusive evidence of a threat. He is inspired to falsify (disprove according to proper scientific method) her mad speculations so that future feminists, infused as they may be with the reason-numbing spirit of “post-modernism, post-structuralism, deconstructionism, and philosophical relativism,” will not follow in her footsteps, particularly the final ones leading up to her fatal plunge from the window.

He realizes that the sort of antipathy to the laws of science exhibited by Hidecock is never really put to the test by rigorous scientists employing sound methods, for obvious reasons. But he sees that, since nobody has explored such anti-science speculating before, it could be framed as a potentially intriguing problem. One that could, if handled with the proper diligence and deviousness, last a long a long time and attract massive government funding.

For, if Karlof has a soft, emotional side, he is also cynically pragmatic. He possessed several key insights that made his plan viable, the first of which was knowledge of the herd-like manner in which academia and government agencies that fund scientific projects operate. Academic opinion can easily be swayed by reputation, consensus, and apparent trends. A few articles appearing in the right journals, especially when written by professors from the right schools with the right credentials, can cause a groundswell of support for almost any idea short of initiating a nuclear war. Numerous arguments by Harvard professors, Karlof gambled successfully, would be able to turn his crack-pot scheme into a seeming important open question in need of tremendous investigation.

Another observation of Karlof’s that came to fruition is that, once a project gets initial funding from one respected source, it attracts other donors. Additionally, the more money a donor puts into a project, the more likely they are to continuing funding it out of fear of failure. Combining these two perceptions into an academic version of the Ponzi scheme, Karlof figured he could leverage a small initial donation from Harvard into more than a billion dollars.

Since all that money would, of course, benefit Harvard immensely, Karlof’s project was extremely attractive to the school president no matter how deranged the premise.

The final piece of the puzzle was where to find respected scientists either loony or jaded enough to support his plan. Karlof didn’t have to look very far; he knew that Harvard, like most prestigious research institutions, was stocked with faculty who had shown promise early, achieved tenure, and then fizzled. He knew such people often have enormous egos matched by equally large insecurities, or that they are oblivious to simple realties that lesser intellects pick right up.

Within a stone’s throw of his office, Karlof had an impressive array of never-weres, who despite considerable brilliance, think in such disorganized fashion they can never bring an idea to completion. And near-misses, who were broken when their best attempts to produce valuable new knowledge was proven wrong just as victory was within reach. And of has-beens and the perpetually disgruntled. From such specimens, Karlof carefully selected his team. To be a part of something so big and well-funded as Karlof’s plan was to be their salvation.

And salvation is pretty much what happened, although not in the ways anticipated by Karlof or his team members.

This was Barlow’s first attempt at fiction, and there are rough spots. On a few occasions, he loosens the reins too far and lapses into unnecessary cheap shots, such as, when seeking to collect the “nothing” in the title, it was possible to obtain “considerable amounts of empty space from the minds of American public officials.”

Or that, it would appear that, rather than refuting science, as was Karlof’s original intent, his team created altogether new science.

But such trouble spots are no more jarring or implausible than the flaws and problematic assumptions of satirical campus novels written by literary superstars. And if there is roughness, there is also an understanding and fresh perspective that rings truer than the trite observations of most academic bestsellers.

Suffice it to say Barlow’s opinion of academia is less than loving—yet his admiration for the true spirit of discovery and the sincerely questioning mind shines through.

His refusal to ignore academia’s weaknesses may be a good part of why Barlow—who has published three books on innovation and was a columnist for the Financial Times—had to self-publish this novel, while such self-indulgent dreck as Phillip Roth’s Indignation, which depicts college as it no longer is (or maybe even never was) or Michael Chabon’s Wonder Boys, which treats the campus as a playground for self-absorbed hedonists, get published by major publishers and turned into major motion pictures.

It may be that fiction publishing is where the news media was a couple of decades ago—dominated by major outlets that shut out non-establishment views and arrange facts to fit their narratives. Yet today, explicitly conservative news outlets such as Breitbart are in the ascendance while their more established counterparts suffer declining audiences.

If the book publishing world can make an equivalent transformation, novels such A Theory of Nothing that take the Ivory Tower to task will almost assuredly proliferate. Good reading ahead.

We Need to Talk About Bruce