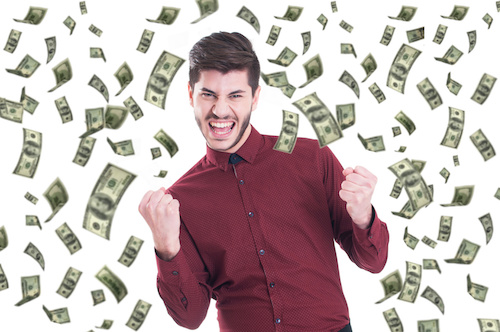 All is not well on higher education’s financial front. At many colleges, tuition prices have reached record highs, enrollment is stagnant, revenues have flattened or declined, budgets are constricted, and regulatory compliance costs are skyrocketing. It would seem that in such an environment, university leaders would place a moratorium on all lavish spending initiatives—especially those with only a peripheral connection to education. But often that is not the case.

Today, college officials—many of whom claim that their fiscal problems would vanish but for insufficient state funding—find plenty of money to build luxury dorms, recreation centers, and ultramodern campus facilities. Motivated to recruit new students and thereby increase tuition revenue, universities are engaging in a veritable arms race. This ostentatious one-upmanship, however, is driving up costs and is unsustainable in the long run.

Examples of such campus excess abound. In August 2015, North Carolina State University revealed plans to build a $15 million, 62-bed “boutique” dormitory intended primarily to accommodate its men’s and women’s basketball teams. The price tag for each bed will be $240,000—a steep premium over the $50,000 to $70,000 cost per bed at other dormitories.

More recently, the university announced in a press release titled “A Campus Like Nowhere Else” that it’s planning an extravagant new construction project: “Picture the NC State campus as a giant indoor-outdoor museum. Labs are in full public view. Displays and artwork don’t just add beauty; they feature science in action. The landscaping, color choices and lighting highlight the scientific and creative processes. It is a one-of-a-kind campus environment.” There is no cost estimate yet, but the design plans make clear that this will cost many millions of dollars.

Another North Carolina school, High Point University, also has taken on substantial financial commitments to provide an upscale campus experience. Under the leadership of president Nido Qubein, the university has spent more than $700 million since 2005 to upgrade and expand its recreational facilities. These projects—financed almost entirely through increased borrowing and student fees—have provided such necessities as a movie theater, flat-screen plasma TVs in every dorm room, complimentary shuttle service, hot tubs, and weekly massage sessions.

To be sure, this “amenities-industrial complex” is not limited to the Tar Heel State. The University of Missouri-Columbia’s $40 million student recreation center includes a lazy river (with waterfall, of course), hot tubs, saunas, and a “beach club.” And Boston University students lucky enough to afford digs in the school’s new $291 million housing complex enjoy private bathrooms, walk-in closets, and views overlooking the Charles River.

Indicative of this national trend are higher education’s rapidly rising construction costs. Such expenses more than doubled between 1995 and 2006, rising from $6.1 billion to $15 billion. That figure diminished during the Great Recession, but, as of 2013, hovered near $11 billion.

Contributing to the massive uptick in construction costs is increased spending on athletic facilities. A review by the Washington Post sampled 48 schools to compare their spending on such projects from 2004 to 2014. The Post discovered that the colleges spent a combined $772 million on building, maintaining, and operating athletic facilities in 2014 alone—almost double the commitment made toward comparable projects in 2004. Such “investment,” administrators argue, attracts top high school recruits, who in turn help to build winning, profitable programs.

A similar argument is used to justify construction of lavish buildings and amenities for non-athlete students—namely, that campuses need to build them to lure prospective students away from other schools. That claim was corroborated by a 2015 National Bureau of Economic Research paper which found that colleges, particularly less selective ones, receive a greater marginal benefit from investing in amenities than from improving academic quality. In other words, schools seeking to boost enrollment—and their flow of federal tuition dollars—would be better off building another climbing wall than, say, upgrading an IT lab or library collection.

A study conducted by University of Michigan researchers provides insight into why that is the case. The researchers found that students with relatively lower academic aptitude but higher income displayed greater willingness to accept increased tuition and student fees if it meant access to swimming pools and complimentary student seating at football games.

Understanding that dynamic, many schools either shift construction costs to their students through increased fees or delay payments by way of long-term bonds. Because of federal standards on tax-exempt bonds, universities’ lenders can earn a tax-free return on their loan—and the larger the debt, the more generous the exemption. The result is that universities often find themselves with a seemingly endless supply of financial capital.

Not surprisingly, perhaps, many universities have taken advantage of this system. Ohio State University, for example, was able to take out $500 million in century bonds—that is, not to be fully repaid until the next century. The University of California went on a similar spending spree, issuing $860 million in bonds. And the UNC system was afforded nearly $1 billion in bonds—all for construction projects—by the North Carolina legislature in March 2016.

But debt-fueled construction projects can bring about negative unintended consequences. For example, some over-leveraged schools have had to increase the number of wealthier, out-of-state students (who pay higher tuition) they admit in order to raise revenues and reduce debt. That is to say, schools have found that the pursuit of lavish campus amenities and the pursuit of goals such as access and affordability are sometimes mutually exclusive.

Furthermore, in recent years Moody’s Investors Service has downgraded the credit ratings of numerous colleges and universities, noting that many institutions have a negative financial outlook because of unsustainable debt levels and mismanagement. The number of colleges at the low- or below-investment grade ratings rose from a few dozen in 2011 to over 100 by 2015. In the future, universities that try to “keep up with the Joneses” in terms of their amenities may find themselves insolvent.

Considering all of the financial issues faced by colleges today, higher education leaders would do well to reorient their focus. Instead of perpetuating the hyper-commercialization of our universities and the idea that students are customers to be appeased at all costs, school officials should work to compete more along educational lines. Luxury dorms and hot tubs may increase enrollment and revenue streams in the short run, but over time they can impose unnecessary burdens on students, parents, and the public.