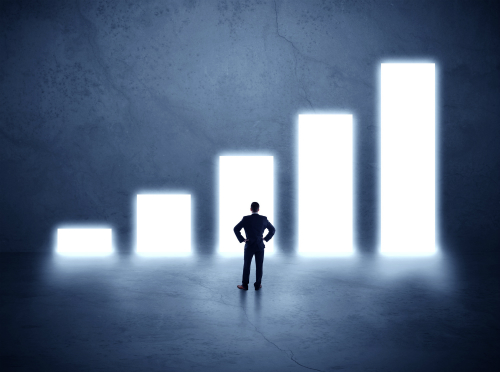 Now that another academic year is underway, many university administrators are anxiously awaiting the final tally of fall semester enrollment numbers. Such enrollment mania is a driving force at many schools, especially since more students usually equals more tuition revenue and state and federal dollars. In the Tar Heel State, this obsession goes back many years, though it’s usually couched in lofty, high-minded rhetoric.

With its 2000 Enrollment Growth Plan, for example, University of North Carolina system leaders sought to significantly increase attendance at the state’s 16 public campuses over ten years. Officials extended the 2000 Plan for two years before replacing it in 2013 with the “Our Time, Our Future” compact, which has provisions for enrollment expansions through 2025.

The popular refrain is that increasing the percentage of the state population holding college degrees (today, 28 percent) will increase human capital and, in turn, economic growth. “Our Time, Our Future,” for example, seeks to raise this figure to 32 percent by 2018, and to 37 percent by 2025. In this pursuit, however, university leaders have essentially taken on the role of social engineer. Their top-down approach is rife with negative unintended consequences and already has caused university resources to be wasted and academic standards to be lowered.

When UNC system officials crafted the 2000 Plan, they forewent any analysis of the economic conditions and individual preferences that lead people to attend college. Rather, they extrapolated from population trends that universities should keep up with high school graduates’ “demand” for higher education. This rationale was used to justify a 55,239 student—or about a 34 percent—increase in enrollment over the next decade.

The “Our Time, Our Future” compact is an improvement in that it attempts to justify enrollment increases by forecasting demand for high-skilled labor. However, its jobs estimates are based on the dubious assumption that the state can “[attract] good paying jobs by raising the state’s degree attainment level.” The compact admits that this prediction could prove to be overly optimistic, but works around the issue by noting that it can simply be revised at a later date.

So far, these plans have been “successful,” at least according to mainstream thinking. Today, student enrollment in the UNC system tops 225,000—up from 162,761 in 2000—and North Carolina has jumped to 25th in the nation in educational attainment. However, the tangible benefits these “successes” have yielded for students and North Carolinians are hardly apparent.

To meet aggressive enrollment targets, some universities recruit academically unprepared high school graduates. The average SAT of incoming students has fallen across the system since 2000—dropping from 1073 to 1038 today. (Many schools in the system admit students with much lower scores.) And recently, UNC system leaders allowed some universities to admit students who fall below the system’s current admissions minimum, which is 800 on the SAT and 2.5 for the high school GPA, all in an effort to boost enrollment.

To claim that these unprepared students are better off by attending college is contrary to trends of the past decade. Increased enrollment has corresponded with falling graduation rates at several campuses. Compounding this is the fact that life for college dropouts has become increasingly difficult. Dropouts from every school are more likely to be saddled with debt than they were ten years ago—and with much more of it, too. The rate of default on such debt is increasing—and at some schools it routinely exceeds 10 percent each year.

Even students who do graduate find themselves navigating an increasingly difficult economic terrain. Over the past decade, the growth of college graduates has outpaced the growth of available high-skill jobs, forcing recent graduates to chase jobs they are overqualified for. For example, 15 percent of taxi drivers today have at least a bachelor’s degree, compared with just 1 percent in 1970. The Pope Center’s Jesse Saffron wrote in 2015:

[This] oversupply is severely distorting labor markets. The Bureau of Labor Statistics (BLS) says that fewer than 30 percent of jobs today require postsecondary education. However, according to the Census Bureau, roughly 50 percent of workers possess such education. Future projections are cause for concern, too. By 2022, the BLS says, the economy will have created about 50 million new jobs since 2012, but only 27 percent of those will require an associate degree or higher.

This is not to say that there are not individual returns from attending college—there are. However, the fact remains that many graduates today find themselves regretting the decision to go to college. And UNC system officials—and every other bureaucrat, for that matter—cannot accurately predict which and how many students will end up reaping the benefits of higher education. While these officials can revise their “Our Time, Our Future” compact, a graduate working as a bartender does not have the same liberty to revise his or her choice to go to college.

Furthermore, at an aggregate level, enrollment increases have compelled the state to maintain a generous financial commitment to the UNC system. Notwithstanding some budget tightening during the Great Recession, North Carolina ranks fourth in the nation in higher education spending. And yet reaching the national average in college graduates did not save North Carolina from experiencing below average employment levels for most of the past decade, nor did it reduce the poverty rate, which has increased since 2000, climbing from 13.2 percent to 17.2 percent.

Nevertheless, system officials seem committed to their goal of churning out more college graduates. But as the Pope Center’s Jesse Saffron wrote in the article referenced above, “The Law of Diminishing Returns cannot be denied indefinitely: eventually there can be too much of even a good thing.”

That’s why university leaders should recall their prime objective: to serve students and provide good stewardship of public funds. Given the state of the economy and the academic decline seen on some campuses, UNC officials should pivot toward work that improves educational quality and students’ post-graduation job prospects, rather than pursue lazily justified enrollment quotas.