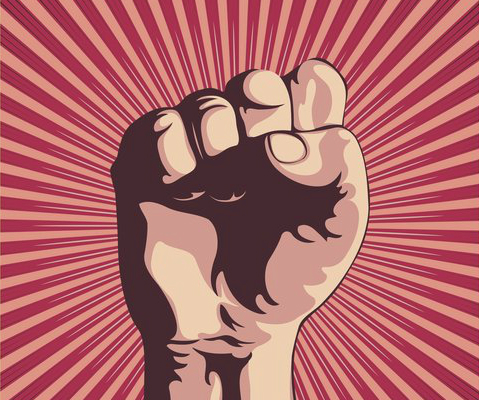 Last month, just before the new academic year began, the University of Chicago’s dean of students, John Ellison, sent a letter (reproduced in this piece) to all incoming students. It was meant to reaffirm the university’s commitment to free speech and inform the students that they shouldn’t expect the academic environment at Chicago to include “trigger warnings” or “safe spaces” and that the school will not tolerate behavior that disrupts intellectual discourse.

That it is necessary to tell college students that the school will treat them like intelligent adults and expects them to comport themselves properly is a sad commentary on the state of American higher education. Unfortunately, an ideology that’s hostile to free expression has been spreading across our higher education landscape like an invasive weed.

Thomas Lindsay (a former professor and senior college administrator) praises the university’s defense of free speech and unfettered debate, writing on Forbes, “With this move, it seeks to combat university censorship of speech and debate, which has become a national scandal…. [Our] colleges and universities, whose defining mission is the free, nonpartisan quest for truth, are becoming prisons of intellectual conformism.”

Dean Ellison’s letter was not, however, a random event. It was apparently a response to the position taken by the university’s student government, which in the spring voted to table a resolution condemning any student who obstructs free speech. Clearly, some UC students are not on board with the university’s principles and believe that keeping speakers off campus or shouting them down if they do speak is justified.

While some faculty and administrators have been complicit in the current offensive against free speech and tolerance for dissenting views, students have been leading it. Former UC law school dean Geoffrey Stone made that point in his August 26th essay “Free Expression in Peril.”

Stone, a famed First Amendment scholar, writes, “Ironically, the threat to academic freedom in the United States today comes not from government and not from the institutions themselves but from a new generation of students who do not understand the nature, the fragility, and the importance of this principle.”

To underscore his point, Stone notes that a recent survey found that 72 percent of current students believe that any student or faculty member who expresses a view they regard as “racist, sexist, homophobic, or otherwise offensive” should be disciplined.

Many of those students are so vehement about going after people who have said or done things that offend them that even leftist professors now live in fear that they’ll be attacked by their students. Writing under the pseudonym Edward Schlosser, one professor admitted that he was terrified of his students. Northwestern University professor Laura Kipnis was dragged into Title IX disciplinary proceedings when students complained that an article she had published was offensive because she argued that colleges were overdoing it on Title IX investigations.

The root of the problem is that many young Americans entering college are hyper-sensitive to ideas that clash with their own, and think that it is proper to use any means at their disposal to punish those who disagree: other students, professors, administrators, or outside speakers. If college officials don’t nip that attitude in the bud, students will be encouraged to see how much they can get away with, for example the student riots against outside speakers at UNC and the University of Wisconsin.

Since many college students do not care much for the marketplace of ideas (or other markets for that matter), we might expect a lot of opposition to Dean Ellison’s letter. There is. As Chronicle of Higher Education writer Beth McMurtrie put it, his letter on free expression “exposes fault lines on campus.”

She reports that some UC students say that the school is protecting “hate speech” by calling it “discourse.” You would have a very hard time finding anyone on the campus who actually indulges in hate speech, but these students have been taught to think that it is “hate speech” to say things they don’t like, such as the words “wetback” and “tranny.”

There has been a distressing amount of opposition to Dean Ellison’s letter (see this Reason article), but the most vitriolic response came from a history professor at Grand View University, Kevin Gannon. He argues in this Vox article that the letter is not really about academic freedom at all, but rather the desire of school administrators to retain power over the students.

“Know your place and acknowledge ours, it tells the students. We’ll be the judge of what you need to know and how you need to know it,” Gannon writes. He calls the letter a “diatribe” that is infested with “rotten pedagogy and logical fallacies.”

In short, Gannon likes the idea of empowered students who will then combat a host of social ills including ableism, misogyny, racism, elitism, and intellectual sloppiness, and he detests the university’s attempt to make them respect intellectual freedom.

Consider the matter of campus speakers. Why should students tolerate people they just know will say hurtful things and block progress toward a just society? Gannon praises the efforts by students at Virginia Tech to keep American Enterprise Institute scholar Charles Murray from speaking on campus last spring.

“Murray,” he writes, “is a racist charlatan who’s made a career out of pseudoscientific social Darwinist assertions that certain ‘races’ are inherently inferior to others. To bring him to campus is to tell segments of your student community that, according to the ideas the university is endorsing by inviting Murray, they don’t belong there.”

For one thing, Murray was going to speak about the themes of his latest book, Coming Apart, not about anything in the book Gannon thinks he knows is just an excuse for racism, The Bell Curve.

Second, Gannon is utterly mistaken about Murray’s thinking about race, but that is common among people who fall for the sort of ideological hatchet jobs so often done to demonize thinkers perceived to be on “the wrong side.”

In a letter to the Virginia Tech community, university president Tim Sands made the same motive-impugning attack on Murray as Gannon does, albeit in more civilized language. Murray responded to Sands’ attack here, explaining that he and his co-author (the late Richard Herrnstein) never claimed that any race is genetically inferior and that the “racist” smear is completely unfounded.

And third, it’s absurd to claim that a university endorses the views of every speaker who is invited to the campus.

As it turned out, Murray was able to give his talk and it elicited no eruption on campus. But if the opponents had gotten their way based on their misinformed assumptions about the talk he meant to give, all of the students would have been deprived of a valuable learning opportunity. That’s the cost of allowing the hyper-sensitive few a veto over speech they are sure they’ll dislike before they’ve heard it.

Gannon exemplifies exactly that “We know what we don’t want to hear!” mindset that Dean Ellison hopes to change by telling students “Listen first, then make rational arguments where you disagree.”

Sadly, the fact that there is so much opposition to the principles of free speech the University of Chicago is trying to uphold tells us that this will be a long, bitter fight.