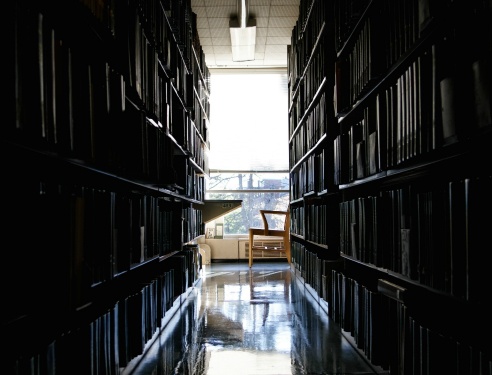 Hillary Clinton’s higher education policy ideas have been taking a lot of criticism. Here, for example, is an analysis by economics professor Gary Wolfram, published in May by the Pope Center. And here’s my take.

Apparently, opposition to Clinton’s proposals is sufficiently worrisome to Democrats that on September 10, Robert Shireman (undersecretary in the Department of Education early in the Obama administration and a party loyalist) published a Wall Street Journal op-ed intended to rebut the criticism and convince Americans that if elected, Clinton will “fix college.”

He declares that “affordable higher education” is a major component of the Clinton campaign and that the arguments against her plan—that it would have negative unintended consequences—are “misplaced.” Let’s see.

The key objective of Clinton’s plan is to get more Americans into college, especially those from lower income families, and graduate more of them. That reflects two widespread but mistaken beliefs: that the cost of attending is the main reason why many students from non-wealthy families don’t graduate from college and that getting a college degree would be very beneficial to them.

First, while it is true that in general the cost of going to college has been escalating, there remain many options that don’t cost much at all. Attending community college is an inexpensive way for students to begin their education—two years that usually provide them with marketable skills or get them half way toward a four-year degree. Pell grants cover most of the expense.

As for four-year institutions, there are many public schools where tuition remains quite affordable. In North Carolina, for instance, the annual cost to attend East Carolina University is just $6,580. North Carolina State, however, is considerably more expensive, with an annual cost of over $23,000. That is unaffordable to some, but the higher education market is like the restaurant market: there are options for all budgets. When people shop around for higher education, almost no one is completely priced out.

Furthermore, there are scholarship organizations such as the United Negro College Fund and the Jack Kent Cooke Foundation that are eager to assist good students from poor families so they can attend colleges even up to the most expensive.

Very few students are unable to afford any postsecondary education. Overwhelmingly, when students don’t attend college, it’s because they aren’t academically prepared for or (even if academically prepared) interested in devoting more of their lives to formal schooling. Trying to lure them into college with free tuition is an extremely bad idea.

At many colleges and universities, tuition and fees are unnecessarily high, but that isn’t the same as being unaffordable. Almost all Americans are able to get through college with very manageable debts, as Sandy Baum points out in her new book Student Debt: Rhetoric and Realities of Higher Education Financing. Although a few students have borrowed far too much for dubious programs, we shouldn’t allow those stories to push us into panicky policies, she argues.

I would call free college panicky.

But would the students who, for whatever reason, fail to graduate from a postsecondary school be better off if they did? Isn’t it a serious loss not to get a college degree these days? Clinton’s plan is based on the belief that it is, and therefore federal policy must try to help students get the college credentials they need.

There is a gigantic problem here that neither Clinton nor Shireman recognize—that America has already oversold higher education to the point where the labor market is glutted with degree holders. That’s why we keep hearing about the college grads who can’t find better work than serving coffee or delivering pizza or doing telemarketing.

The economy does not automatically create more “good jobs” simply because more college graduates enter the labor market. Government policy aimed at “producing” more graduates will only mean more young people who are over-credentialed for the work available.

America does not have a shortage of people with college degrees. What it does have is a shortage of jobs that pay well. Unfortunately, the Clinton plan would make that problem even worse.

To pay for the enormous cost of subsidizing states that make tuition at their public colleges free, estimated at $500 billion over ten years, Clinton proposes higher taxes. As Shireman writes, the cost “could be paid for by closing loopholes for high-income taxpayers and small businesses….”

Capital investment is the essential ingredient in economic growth and the creation of new jobs. Increasing taxes (and calling it “loophole closing” is irrelevant) on wealthy people and small businesses must mean less investment. Those people don’t just keep cash idle waiting for the government to scoop it up. So at least some significant percentage of the money raised would have otherwise gone into investment.

Thus, the Clinton plan “fixes” the imaginary problem of not enough people going to college, while it aggravates the real one of low capital investment.

Another objection that has been lodged against the Clinton plan is that it will have harmful effects on private colleges and universities, since the “free tuition” policy will lure students away from them and into public institutions. Shireman informs us that this won’t be a problem because the proposal “includes $25 billion in support for historically black and other private colleges that do not have large endowments and rich alumni.”

But that doesn’t deny that these schools will lose students to free public ones; it simply promises to subsidize their revenue loss. What sense does it make to hand tax dollars to private schools that find themselves in financial trouble because of falling enrollments? None that I can see. Furthermore, the fight over which schools are poor enough to qualify for this new stream of federal money will ratchet up the wasteful lobbying for favor in the Department of Education.

Finally, Shireman doesn’t say anything about one of the most glaring unintended consequences of the Clinton plan, namely that it will put federal administrators in charge of state higher education systems to a much greater degree than at present (which is already bad). Federal money always comes with strings attached and the Clinton plan would give them enormous leverage to bend state officials to their will.

Shireman, Clinton, and other “progressives” probably see that as a feature rather than a bug, but increasing control over higher education from Washington is the last thing anyone should want. It is easy to imagine zealous officials telling state schools that they’ll have to change their curricula if they want to keep getting federal money.

One target might be programs that emphasize teaching students about free markets and public choice theory. Many leftists abhor such programs and would like to see state colleges and universities drop them to save their “free tuition” bonanza. The heightened federal control over state higher education systems that this plan would bring about would undermine state authority in many ways.

Education functions best when individuals pay for the knowledge and training they want,  either with their own money or money others have entrusted to them. Despite Shireman’s assurances, the Clinton plan squashes much of what is left of the market nexus in higher education, giving us something akin to a “single payer” system run from Washington, D.C.

There is every reason to think that the Clinton higher education system would turn out just as badly as all other centralized, collectivist schemes throughout history.