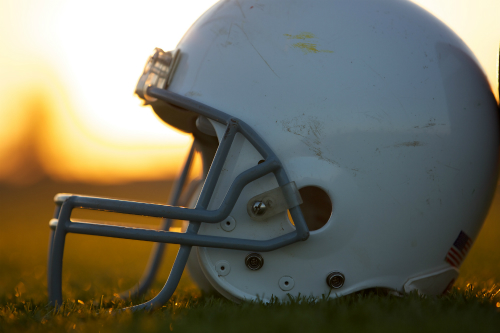 In the past two decades, North Carolina higher education leaders have tried to address problems related to college athletics. But whether they’ve focused on the increasing pressure to admit academically ill-prepared student-athletes, or student-athletes spending more time on the practice field than in the classroom, to name just two examples, serious reform efforts have been met with institutional resistance.

In 1990, the University of North Carolina at Chapel Hill’s Faculty Council issued 32 recommendations for state and national athletics reform. But only a few of those proposals—which called for emphasizing the “student experience” and raising admission standards—were implemented, and then only partially. Again in 2013, in the wake of UNC-Chapel Hill’s academic/athletics scandal, the biggest in NCAA history, university leaders assembled a panel to address similar issues. And again, there was little movement.

Part of the problem is that many university officials have deferred to the National Collegiate Athletic Association (NCAA) and its sluggish rule-making process, which requires hundreds of universities to agree on policy minutiae. In some instances, deference to the NCAA bureaucracy has allowed universities to appear reform-minded while avoiding meaningful changes that might impact their sports reputations.

One issue on which both the NCAA and university leaders have been especially ineffectual involves regulating how much time student-athletes spend each week practicing and preparing for games.

Current NCAA bylaws are supposed to limit student-athletes to 20 hours per week during their sport’s season and 8 hours per week off-season. However, a 2016 NCAA study showed that, on average, Division I athletes are spending 34 hours per week on sports, a clear violation of the current standards.

New regulations were expected to pass at a NCAA conference last January, but were tabled for another year just hours before the vote. So in January 2017, university officials are expected to vote on a proposal referred to as “Flex 21.” It would require sports other than football to provide three weeks of student-athlete discretionary time during the academic year, with additional time off before and during final exams.

On September 14, UNC-Chapel Hill faculty members, students, and administrators gathered to discuss Flex 21 and other proposals regarding time-demand regulations. The event was coordinated by members of the Future of Sports Committee, a faculty-led group formed to study the potential impacts of proposed NCAA regulations, including the Flex 21 plan.

The panel opened with a special message from provost James W. Dean Jr.: “Focusing on academic success for student-athletes is particularly important,” he said, “especially given the sacrifice they make on behalf of the university.”

According to the panelists, that sacrifice comes in the form of difficulty adjusting to university life, poorer academic performance, and frustration toward the NCAA’s amateurism rules. And the majority of the issues, the panelists suggested, stem from difficulty balancing sports and academics.

“Coming here as a freshman [was] so exciting,” said woman’s lacrosse team member Maggie Auslander. “But my first semester wasn’t great because I didn’t know how to deal with balancing my schedule. A lot of athletes deal with this problem, and our GPAs do suffer.”

But even if the problems identified by Auslander and other panelists are pervasive in college athletics, it’s not clear that the NCAA is capable of adequately addressing them.

“Having the proposals is great, but there’s so much variation between teams and schools that I don’t know it will solve the problems,” said Jenn Townsend, associate director of the Academic Support Program for Student-Athletes at Chapel Hill. “I don’t know what the solution is, but sometimes we focus so much energy on one thing and ignore other factors.”

According to track coach Harlis Meaders, there’s no shortage of “other factors” intensifying problems in college sports. Meaders said that America’s sports culture is deeply flawed, as even children in elementary school sometimes feel pressure to become standout athletes as soon as possible. And the pressure only increases with age.

“The athletes are coming out of high school practicing 60 hours a week. They’re hiring private coaches [and] they bet it all on being successful in college. They don’t know how to acclimate to only 20 hours [of practice] a week,” said Meaders.

These arguments raised an interesting question at the Chapel Hill event: can we still call these athletes “amateurs”? It’s an issue that’s gained national attention, and nearly everyone seems to have a strong opinion on the topic.

“We’re constantly engaged in a futile effort to square a circle. We, the system, hold your athletic talent hostage by requiring that you be a full-time student in good academic standing. Why? Because the NCAA needs that cover to call you all amateurs,” said history professor Jay Smith.

But Meaders had a different take: “Is it a job? Certainly. Is there room for compensation? Probably; there’s a lot of money in the NCAA. But how would we decide who gets paid and who doesn’t? The biggest thing we can do for our athletes is encourage them to take as much from the university as they give,” he said.

Regardless of whether they are called “amateurs” or “pros,” the fact remains that many college athletes are devoting far more time to non-academic work than they should be. Unfortunately, while the NCAA is dragging its feet on reform, UNC-Chapel Hill plans to merely continue “advocating for better policies.” And the reason for that may be that independently enacting tougher regulations might chip away at UNC’s competitive edge. Coach Meaders was more direct: “We’ve got to keep a level playing field.”

But why? If a university is aware that more oversight of practice time is needed for student-athletes to be academically successful, it should prioritize making those changes regardless of the status quo. Universities are free to enact additional limits on time demands and address amateurism issues independently.

Fortunately, some universities have chosen to act on their own. The Ivy League, for example, has enacted tougher regulations on several occasions. After the NCAA failed to pass new time-demand regulations, the Ivies created their own rules. “Frankly, other conferences were not working together to pass this legislation in an efficient manner. So doing this was really out of frustration that this process was going to take too long,” Robin Harris, executive director of the Ivy League, recently told Inside Higher Ed.

Universities in North Carolina and other states spend considerable time and energy on various committees, work groups, and organizations dedicated to the success of athletes. But good intentions alone will not suffice. It’s time for independent action on the part of university leaders. They do not have to wait on the NCAA, an increasingly bureaucratic and politicized organization, to make sure that “student” is the key word in the term “student-athlete.”