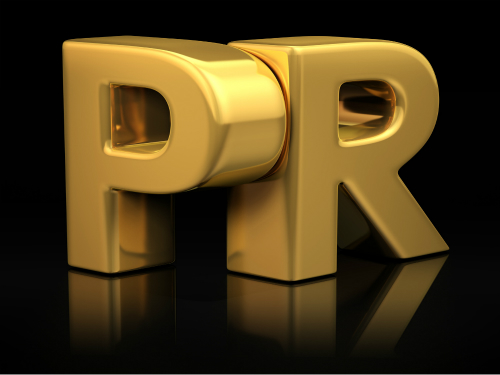 Recent studies reveal a disturbing trend in higher education: colleges, both private and public, are increasingly devoting a significant amount of time and money to public relations.

In a time of tight state budgets, rising tuition rates, and growing concerns over the “corporatization” of higher education, it’s troublesome that universities are finding plenty of money and reasons to pursue aggressive—and costly—PR campaigns.

Not all such marketing is bad. Schools should be able to connect with prospective students. Today, however, it appears that many schools have reached a point where the costs associated with their efforts no longer justify the benefits. Universities’ growing obsession with developing their brands is coming at the expense of taxpayers, students, and campus communities.

Of course, there are clear “winners” in this new environment: public relations firms with campus connections. A 2012 study conducted by Primary Research Group found that 2 percent of the surveyed universities hired PR firms. By 2015, however, that figure exceeded 50 percent. While PR spending varies, the University of North Carolina at Chapel Hill’s recent $1.7 million contract with Daniel J. Edelman, Inc. shows how lucrative these arrangements can be.

Schools are also spending plenty of money in-house. Sixty-one percent of surveyed institutions spend $100,000 or more on marketing; 31 percent spend more than $200,000. The 2012 study indicates that schools with separate marketing departments largely drive these numbers, as the PR spending for such institutions averages $232,441.

A large fraction of this spending is devoted to printed materials. Publishing a university magazine—a common recruitment tool for many large research institutions—requires an average budget of $78,563. Also, 81 percent of schools place advertisements in newspapers.

Television advertising tends to be less common, but schools that purchase it face high expenditures. UNC-Chapel Hill announced in July that it is hiring an outside PR firm to develop ads to be run during football and basketball games on ESPN. The total cost of developing and running such ads has yet to be announced, but North Carolinians should not expect them to come cheap: one 30-second spot on ESPN costs, on average, $31,551.

Such spending, however, does not factor in the salaries of the often well-paid administrators who oversee these campaigns. For instance, UNC-Chapel Hill’s Office for Communication and Public Affairs, the marketing branch of the school’s administration, houses 26 employees, six of whom earn six-figure salaries. Though UNC-Chapel Hill’s office is the largest in the UNC system, every campus has a separate marketing office, and all but two employ at least five people. The total salary cost for all of these administrators exceeds $10.1 million. That figure does not include newly-hired Kevin Howell, who will be the General Administration’s vice president for external affairs—and  whose annual salary will be $280,000.

Unfortunately, these figures are only part of the story. Schools often seek outside help when mired in scandal. The big contract between UNC-Chapel Hill and Edelman, Inc. is just one example. Penn State, in the aftermath of its sexual abuse scandal in 2012, spent $7.8 million on public relations. A similar case is found at UC-Davis, where the chancellor hired consultants to help cover up a 2011 incident involving student protestors and campus police.

Obsession with branding and marketing may be distorting universities’ priorities, as they focus more on promoting a particular image, and less on helping the campus and improving academics. Many universities already treat students like customers, providing lavish amenities, doling out easy grades, and kowtowing to “social justice” protestors. Now they’re taking the next step and devoting significant resources to advertise some of these “selling points.”

Take, for example, UNC-Chapel Hill’s recent Diversity Report. Its first goal has little to do with diversity—rather, it is to “clearly define and publicize the University’s commitment to diversity.” Enhancing diversity (a dubious goal, since this kind of “diversity” is based on skin color and sexual orientation, not the marketplace of ideas) is secondary to publicizing that the university is…enhancing diversity.

Again, this is not to say that all PR is bad. A study released this year by Hanover Research titled “2016 Trends in Higher Education Marketing” found that schools can connect with potential students without “spend[ing] significant amounts of money.” That’s because prospective students are overwhelmingly more responsive to web and social media platforms, on which administrators can utilize inexpensive marketing tools.

Often, the simplest strategies, such as having a heavy presence on Twitter and Facebook, are among the most successful. Digital platforms also allow for marketing automation, a process which uses web data to reduce repetitive tasks and personalize communication with prospective students. The Hanover Research study’s authors noted that higher ed is one of the few industries that have been slow to take advantage of such cheap and effective tools.

The authors also found that an “intuitive” university website was one of “the most important marketing tools in higher education.” While looking for information on a school’s programs and costs, prospective students often turn to its website for quick access to relevant information. As a current college student, I can attest that this is another area in which higher education has fallen behind. A running joke among many students is that anyone smart enough to successfully navigate a school’s website deserves to be enrolled there.

What all this means is that aggressive campaigns relying on traditional media—newspapers, magazines, and TV—are not only costly and misguided, but are missing their targeted audience. While public universities should have resources available to them to attract prospective students, they should also be expected to use them sensibly. TV campaigns on ESPN and advertisements about amenities or other non-academic offerings do not meet that standard.

Unfortunately, administrators find it easy to justify these wasteful marketing expenses by claiming they will improve their school’s image or increase enrollment. But as state-run institutions, public universities should work to be better stewards of taxpayer money. Trimming bloated PR offices and halting dubious advertising projects would help along those lines.