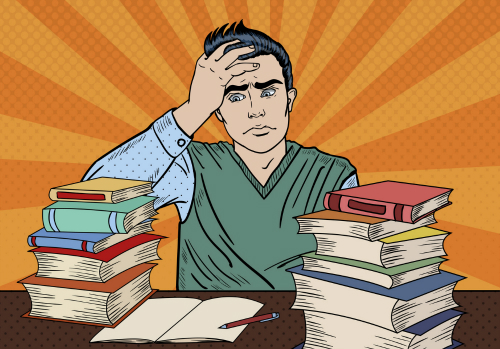 The wreckage is all around us: the Self-Esteem Movement, Students Right to Their Own Language, Whole Language, Whole Math, Multiple Learning Styles, Guide On the Side Not Sage On the Stage, and the educational technology such as videotape, TV, early Internet virtual reality MUDs (multi-user dungeons) and MOOs (multi-object oriented architecture), laptops, clickers, and so on.

So I am puzzled by the staying power of Student Learning Outcomes (SLOs) that attempt to quantify and measure student learning so as to constantly improve instruction.

SLO ancestor Total Quality Management (TQM) slithered into view during the 1980s and spawned Outcome-Based Education (OBE) in the 1990s. TQM was originally a business management theory that preached constant improvement; OBE was an explicitly educational offshoot of TQM that insisted that college courses must have expressed measurable results.

TQM-OBE-SLOs are simply an effort to apply business methods and values to higher education, which is not really or ideally a business. But instead of withering away, pushed hard by accrediting agencies, SLOs’ tentacles squeeze higher education tighter and tighter. Arguments by critics have mostly fallen on deaf ears.

I published my first anti-SLO tract in 2003, saying that:

OBE and Learning Outcomes and Assessment are not about education at all; they are about control. Nothing is more seductive to ideologues and to management than the prospect of creating a meaningless “jargon and data storm” to justify or conceal whatever they do. Where does it end? As William S. Burroughs said, “…control can never be a means to any practical end…. It can never be a means to anything but more control….”

In this case, Burroughs was right, as accreditors control institutions, and institutions control faculty and curriculum.

Yet, I learned early on that the reason no one listens is because we detractors have no powerful allies. SLOs, unfortunately, have always appealed to both political camps, albeit for different reasons.

The right sees SLOs as a way to enforce professor accountability, increase “productivity,” and get rid of bad teachers and junk courses. The left sees SLOs as a golden opportunity to promote progressivism through ideological outcomes that students must internalize in order to pass.

SLOs’ potential for indoctrination is clear and present. At a conference a few years ago, I asked SLO advocate, former United States senator, and then-president of the University of Colorado Hank Brown (the man who finally banished Ward Churchill), how to keep SLOs from being co-opted for ideological purposes. He said, “I understand the problem, and I don’t know.”

For an example of hijacking SLOs, consider Oregon State University. William Nardi, writing at the College Fix, reports that OSU “is developing an online course centered on `social justice’ that new students will soon be required to take.” Here are a few of the learning outcomes for the mandatory course:

• Build awareness of the history and context of diversity and social justice in Oregon and at OSU.

• Recognize that each OSU student brings multiple stories and identities to their OSU experience.

• Understand that systemic and local inequities exist and that we all play a role in creating an OSU community that resists and corrects injustice.

“Social justice” is largely a progressive phrase mainly used to tout left-leaning agendas such as environmentalism, socialism, feminism and gay rights. Oregon State would not be the first public university to mandate such a curriculum. At UMass Amherst, students are required to take two “social justice” classes to earn diploma, for example.

This sort of thing is not what my conservative friends had in mind for SLOs, but with progressives at the controls of higher education, it should have been anticipated.

SLOs remain a shiny object for conservatives, liberals, and accreditors because SLO jargon sounds both scientific and corporate. SLO coordinators rhapsodize about “Bloom’s Taxonomy,” “rubrics,” “assessments,” and “measurable verbs” while administrators salivate at the sound of “data,” “metrics,” and “analytics.”

But as Roland Case, executive director of the Critical Thinking Consortium observes here, “The sequenced levels of thinking articulated in [Benjamin] Bloom’s original taxonomy (or in the multitude of subsequent variations) is the most widely known list in education. In addition to enduring popularity, it is arguably one of the most destructive theories in education.”

Destructive? Just ask Robert Dillon, College of Charleston biology professor currently suspended for not putting SLOs on his syllabus. (He is suing the school over it.). Dillon bridles at including “trivialities of this sort on my syllabus, as a matter of principle” and feels that acceptable biology “outcomes” such as “`manipulating fruit flies’…is no more the fit object of a liberal education than dumping asphalt is the object of road construction.”

SLOs’ staying power continues to astound me because the theory behind them was so clearly fatally flawed right from the start. Here are a few of the fundamental flaws of SLOs:

SLO theory holds that all learning is observable, which is absurd. Learning is personal, internal, and the result of many complex interactions. Based on declining national test scores, we apparently know progressively less about learning.

SLO theory holds that all learning is measurable. By what and in what units? Some skill acquisition can be measured, but most meaningful learning cannot. I’ve learned to enjoy poetry, French impressionists, and Bill Evans’s piano but how would you measure them?

I can’t help but think of Richard Brautigan’s poem “15%”:

SLO theory holds that all learning is immediate. In fact, it can take years for a lesson to be fully realized as the student’s experience and capacity to understand expand. Thus, SLOs further dumb down education because for SLOs to be testable, they must be what Professor Dillon calls “trivialities.”

SLO theory implies that all learning is permanent. Phrased as what the successful student “will be able to do,” this notion has the potential for the world’s largest consumer lawsuit. To guarantee future performance is nuts. I can tell you what a student did, but I have no knowledge of that student’s future.

Basically, SLO theory is less about Benjamin Bloom or learning and more about anti-human conditioning, better suited to Pavlov’s dogs and B. F. Skinner’s chickens.

If the lesson output (test result) fails to measure up, SLO theory says that the fault goes to the teacher whose input is to blame. What happened inside the student, and why, is not even part of the equation.

Maybe the time has come for someone to start a new fad: a student accountability movement.