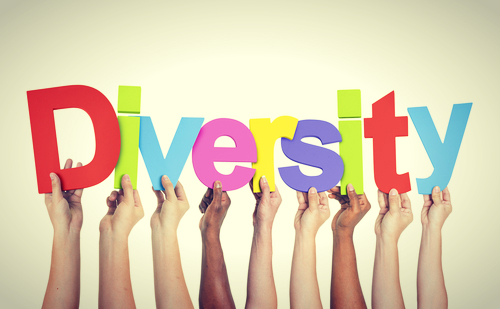 Hamilton College has for years had an open curriculum, allowing students the freedom to shape their education as they think best. Whether that’s a good idea is debatable, but the college is about to move in the opposite direction by instituting a “diversity requirement” for all students.

As a resident fellow at the Alexander Hamilton Institute for the last year, I have watched this drama unfold on the Hamilton College campus. This depressing story reveals much about the tactics of the academic left. A small group of radical but powerful professors, claiming to act on behalf of students, succeeded in instituting the diversity requirement.

Due to their efforts, starting in the 2017-18 academic year, every concentration will require a dedicated course or combination of courses to teach about “structural and institutional hierarchies based on one or more of the social categories of race, class, gender, ethnicity, nationality, religion, sexuality, age, and abilities/disabilities.”

These specious topics furthermore ask students to “critically engag[e] with multiple cultural traditions and perspectives, and with interpersonal situations that enhance understanding of different identities. . . .” and to develop “an awareness of the challenges and responsibilities of local, national and global citizenship.” None of that will help Hamilton students who want to master one or more academic disciplines. Injecting those leftist tropes will be a distraction, or worse.

As further indication of the lack of scholarly justification, an email from Associate Dean of the Faculty Penny L. Yee, the administrator charged with overseeing each department’s implementation of the requirement, indicated that “ongoing discussions” involve questions about outcomes, faculty members’ “understanding of diversity,” and challenges to meeting the diversity requirement in the sciences.

One of the few faculty members who spoke out to criticize this was Robert Paquette, Professor of History and Executive Director of the Alexander Hamilton Institute. He has repeatedly complained about the decline in academic standards. Only recently, for example, did the history department, after years of internal debate, require of its history majors one course in American or European history.

Regarding the diversity drive, he notes that not only is there no academic basis for the requirement, there isn’t even a clear definition of “diversity” as it is being required!

In a May 16 email, Dean of the Faculty Patrick Reynolds nevertheless praised the requirement and said he looked forward to seeing “the development of curriculum where issues of diversity resonate and are integrated across all our disciplines.” He further claimed that the initiative is “a response to student interest that was strongly expressed two or three years ago.”

But is that true? Was there really any strong expression of student interest?

Reynolds’ assertion is thrown into doubt by his and faculty members’ encouragement of the Black Lives Matter protests beginning on campus in 2014. That fall, student activists commandeered the Burke Library and one of the group’s leaders ranted from the stairs about  standard leftist hobgoblins such as white privilege, plutocratic trustees, and capitalism.

These students received encouragement from literature professor Nancy Rabinowitz whose work with Planned Parenthood and “performance artist” Rhodessa Jones I described in a series of articles.

Rabinowitz, who has access to tens of thousands of dollars through the college’s Days-Massolo Center, allied organizations, and the dean of the faculty’s office, is fond of bringing in “pricey rent-a-radicals,” as Professor Paquette calls them. This past academic year, she brought back Dr. Margo Okazawa-Rey, a faculty member of the School of Leadership Studies at Fielding Graduate University in Santa Barbara, California, to serve as the chair of Women’s Studies at Hamilton.

Okazawa-Rey’s academic bio boasts that her “primary areas of research and activism are gender, militarism, and feminist activist research.” In a 2003 talk at Hamilton, she pilloried President Bush, claiming that “The biggest terrorists are the ones who are calling for a war on terrorism.” (Titles of 2016 women’s studies senior theses she supervised include “Re-Examining the Battlefield: Gendered Intersections of Militarization and Genocide” and “Trans*formation: A Study of Partners of Transmasculine Individuals.”)

The timing of Okazawa-Rey’s appointment fit in with the efforts to impose the diversity requirement. A May 5, 2015, email from the Committee on Academic Policy (including Rabinowitz) and the Faculty Working Group announced that Okazawa-Rey would “facilitate” the effort.

The email repeated the claim that the project “grew out of our students’ heartfelt request to implement a diversity-intensive requirement,” and listed four demands meant to solve problems that some activist students had identified at a meeting in April:

Supposedly, this “intellectual project” involving “faculty across the disciplines” would provide solutions by encouraging “students to study and understand the exclusion, stratification, inequalities, and violence in its many manifestations on our campus and in the wider world.”

That language is standard leftist rhetoric used by faculty activists to indict American colleges and other institutions for falling short of the progressive utopia. Did it actually come from the students, though?

Other emails suggest that faculty members—specifically Okazawa-Rey—were instrumental in training and radicalizing the students to whom they pointed as justification for the diversity requirement through workshops, courses, and other activities.

In particular, Okazawa-Rey’s email to the “Hamilton community” in April informed them that eight Hamilton students, enrolled in a year-long study project, had attended a training session at the Highlander Center in Tennessee, “a social justice leadership training school,” on whose board of directors Okazawa-Rey sits. (It is not known how much Hamilton College paid for the training sessions.)

Guidestar lists Highlander’s tax-exempt classification as “Environmental Education and Outdoor Survival Program,” but quotes the mission statement: “Highlander serves as a catalyst for grassroots organizing and movement building in Appalachia and the South. We work with people fighting for justice, equality and sustainability, supporting their efforts to take collective action. . . .”  Their programs and Justice Fund Fellows focus on racial, economic, and environmental “justice,” such as Black Lives Matter, reproductive rights, and “immigrant rights.”

Okazawa-Rey said that the students called the experience “transformative.”

Perhaps the experience was transformative. Or perhaps the eight students were already imbued with leftist “social justice” notions. Either way, their opinions are a feeble reason for a sweeping change in the curriculum.

In the email, Okazawa-Rey announced that these students would conduct a “teach-in” to share Highlander “methodologies” and “the contribution they hope to make to the lives of incoming first-year students.” They had already done a “Participatory Action Research Project” about challenges new students supposedly face.

It’s apparent that such professors, armed with boundless funds, go to incredible lengths to radicalize students. Then they capitalize on their “heartfelt” emotions to create demands for still more emphasis on their favorite project—“diversity.”

The vast majority of Hamilton College students are indifferent to such efforts, but they are never consulted.

The Ugly Truth Behind a College’s “Diversity” Requirement

Emote, Protest, Get Naked for Your Professor, and Get Credit