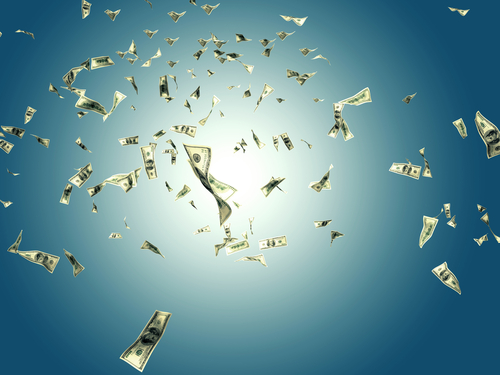 The North Carolina General Assembly’s recently released budget for 2016-17 increases University of North Carolina System appropriations by $168 million, $31 million of which will be dedicated to fund projected enrollment increases. At many of the system’s 16 universities, however, increased funding for such a purpose is unnecessary.

Furthermore, the new state higher education budget, totaling $2.8 billion (the overall budget includes federal funding and amounts to roughly $9.5 billion), demands little in the way of increasing efficiency and reducing administrative bloat, which is a significant cost driver on campuses. But more on that issue later. First, take a closer look at the flawed way North Carolina funds university enrollment.

The General Assembly allocates money to the state’s universities through a hopelessly complicated, Rube Goldberg enrollment funding formula. The formula takes into account a school’s total enrollment, the types of classes students take, and average faculty pay. Other costs are added for institutional support and employee benefits.

When enrollment grows, funding grows with it. Unfortunately, lawmakers rarely scrutinize this portion of the UNC budget, considering it an “automatic” way to fund growth. Essentially, universities add up their needs, subtract tuition revenues, and then report the difference to the legislature—which almost always funds the full amount.

After funding has been allotted, the General Assembly usually enacts a “management flexibility cut.” This year’s cut is $62.8 million, small in comparison to the total UNC appropriation of $2.8 billion. Through this process of large increases and small cuts, the system’s funding usually grows, although not as much as UNC administrators would like it to.

But the “flex cuts” serve a more important purpose than just helping to balance the state budget. They encourage Board of Governors (BOG) members, chancellors, and other administrators to identify and eliminate wasteful and inefficient spending on campus.

The BOG allocates the cuts amongst campuses based on previously determined performance parameters. These include retention rates, graduation rates, degree efficiency, compliance with contracts, accounting and financial standards, spending per degree, and schools’ proportion of Pell grant recipients.

Based on these standards, the cuts are distributed among 12 campuses and the UNC General Administration. (Last year, the General Assembly exempted five campuses from any management flex cuts: Elizabeth City State University, Fayetteville State University, UNC Asheville, UNC School of the Arts, and the North Carolina School of Science and Mathematics.)

Once universities know their share of the cut, they identify low-priority positions and programs to eliminate. This is one of the only ways our state universities systematically address administrative bloat—a major driver of cost increases over the last 30 years.

As the UNC system’s report on last year’s cuts indicates, “the majority of the reductions were made to personnel expenditures (44%); reductions to purchased services and supplies made up the next largest shares at 27% and 25% respectively.”

Although 91 positions were eliminated, very few people lost their jobs. That’s because 82 of those positions were vacant. In addition, funding for 2.82 “full-time equivalent” positions was shifted to a non-state source. All in all, just 6.55 filled FTE positions (all at NC State University) were cut.

The same thing happened in 2011, when the Great Recession brought large cuts to the UNC system. At the time, UNC Charlotte Chancellor DuBois reassured the campus community:

The 10 percent budget [cut] scenario would lead to a loss of the equivalent of 205 positions (120 faculty, 85 staff). To be clear, these would not be current UNC Charlotte employees; rather, the reductions would be made from the open positions that we have held back from allocation to the campus. The current worst-case scenario would result in nine or fewer personnel lay-offs from our existing workforce.

In other words, this year’s cuts are relatively small when we account for new appropriations earmarked for enrollment increases, employee raises, and funding for special programs. Some of those programs include support for “part-way home” students, internships for students at historically black universities, and scholarships for future school teachers and principals. UNC employees will receive a 1.5 percent salary increase and a .5 percent nonrecurring bonus.

This year’s budget will increase university funding by $168 million—and with very little debate on the university’s main cost drivers. Until a better formula for growth is adopted, “flex cuts” are the best tool the legislature has to curb university excesses. Such cuts are beneficial because they demand a real examination of performance, efficiency, and growth in the UNC system. Lawmakers should either reform the funding formula or mandate flex cuts every year.