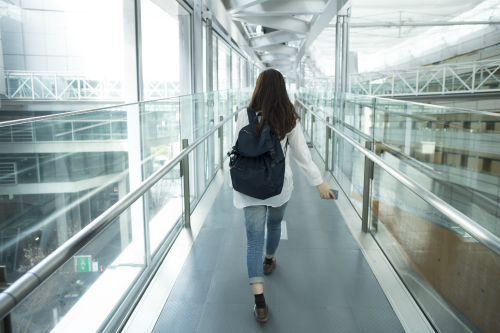 Whether or not you agree that a college degree is primarily worth its increase in potential earning power, students overwhelmingly rate the economic benefits of a degree as the top reason to go to college.

And since students are faced with record rates of loan debt, delinquency, and default, it is especially important to ensure they understand the potential benefit of their degrees.

Unfortunately it seems most students misunderstand the future earning potential of their majors and intended careers. According to a study in the Journal of Human Capital, when students see actual data about mean earnings of graduates in their fields, they are more likely to change their majors as a result.

With the growing demand for transparency in higher education, some states are responding in a promising way. A partnership between the State of Colorado, the U.S. Chamber of Commerce Foundation, Gallup and others created Launch My Career Colorado, a powerful new tool that provides students information about the expected return on investment from any level of degree or certificate at any accredited college in the state.

Unsurprisingly, university officials in Colorado are less than enthusiastic about the website. Instead of offering the tool to its students to help with the complex decision process, universities instead address “misconceptions” about the data.

Despite the cool reception in Colorado, similar websites are already planned for Tennessee, Minnesota, and Texas.

And North Carolina may be next.

Senate Bill 536, titled the Students Know Before You Go & Central Residency Act, would require the state to set up a website to provide data to students on completion rates and earning outcomes at universities and colleges in North Carolina. SB 536 has passed both the House and Senate and awaits Governor McCrory’s signature.

North Carolina already provides employment and wage data for community college and university graduates, through the North Carolina Common Follow-Up System (called NC TOWER). But like most states, universities and colleges in the state are not eager to publicize the data for future students.

This is partly because there are limits to the data reported. The employment statistics and wage estimates are only for those students who stayed in North Carolina. But given that this is the best available data, the limitations can still yield valuable insights.

Using the available data to compare the nine most popular associate and bachelor degrees conferred in North Carolina yields some interesting results. By looking at the mean salary of graduates five years after graduation, it appears that the mean salary of all associate degrees conferred outpaces graduates with their bachelor’s in English Language, Sociology, Psychology, and Elementary Education. Furthermore, a graduate with their associate in Nursing can reasonably expect to out-earn graduates in nine of the ten most popular bachelor’s degree fields.

When looking at the highest paid degrees at both levels, it’s no surprise that engineering and technical fields dominate the list. What is surprising is that all of the associate fields included out-earn the combined mean salary for all bachelor’s degrees.

In some cases, it appears workers with less education actually out-earn their more credentialed peers. A 2008 graduate with an associate degree in Radiation Therapy Technology could expect to make $53,802 a year five years after graduation while a 2008 graduate with a bachelor’s degree in Medical Radiologic Technology/Science made an average of $52,667. Any student aware of this disparity is less likely to choose the higher cost of a bachelor’s degree over the higher-paying associate.

Even with the availability of future outcomes data, there is no guarantee students will heed the warning. The easy availability of student loans allows students to be more careless with their educational choices, even if it leaves them with a less than promising future. Perhaps students would spend more time investigating the possible outcomes of their chosen major if they felt more personal responsibility for their choices.

Still, college degrees are obviously not all equal. An art major does not graduate expecting to earn as much as a peer with an engineering degree, but unmet expectations also run rampant in the most popular majors such as psychology, business, and education.

This translates to ominous futures for North Carolina graduates. According to Mapping Student Debt, a project of the Washington Center for Equitable Growth, 60.7 percent of zip codes in the state have alarmingly high rates of student loan delinquency, a sign that students with degrees are not experiencing the promised payoff. This trend extends nationwide, with the overall return on investment for a bachelor’s degree trending downward, and loan delinquency growing.

According to Mark Schneider, vice president at the American Institutes for Research, we need to break the “bachelor’s addiction.”

“There is consistent empirical evidence…that sub-baccalaureate credentials can lead to earnings that exceed those of bachelor’s graduates and that place students earning those credentials squarely in the middle class,” Schneider said in testimony to the U.S. Senate Committee On Health, Education, Labor & Pensions in May 2015.

Changing the increasing education requirements in the workforce could help break this addiction. A recent survey by the search engine CareerBuilder found that more than a third of employers report having raised the minimum education requirements of positions within their companies in the last five years. Of these employers, more than 50 percent said the change was due to an influx of highly educated applicants, not because the job required a higher skill than previously.

Fortunately it appears the tides are turning and more high school graduates are choosing to forego the traditional university experience. Nationally, the percentage of high-school graduates immediately enrolling in college has fallen the past four years. At the same time the number of associate degrees conferred has risen 40 percent, almost doubling the 21 percent growth in bachelor’s degrees.

Schneider believes that while this is a good sign, we need to further ensure students know the consequences of their choices. “Gathering good information is not enough—getting the data into the hands of consumers in a format that is useful, usable, and used is a challenge.”

Unfortunately, Senate Bill 536 leaves out any guarantee that students will have better access to the new website than they currently do with NC TOWER.

Access to realistic return on investment data is most useful to potential students who can’t afford to make a costly mistake on a whim. The data provided by North Carolina colleges and NC TOWER gives students the chance to reevaluate whether they should go to college, and if so, what they should study.

But without adequate access and transparency, students will continue to major in psychology or business, blissfully ignorant that those paths are unlikely to deliver the benefit they thought they would receive.