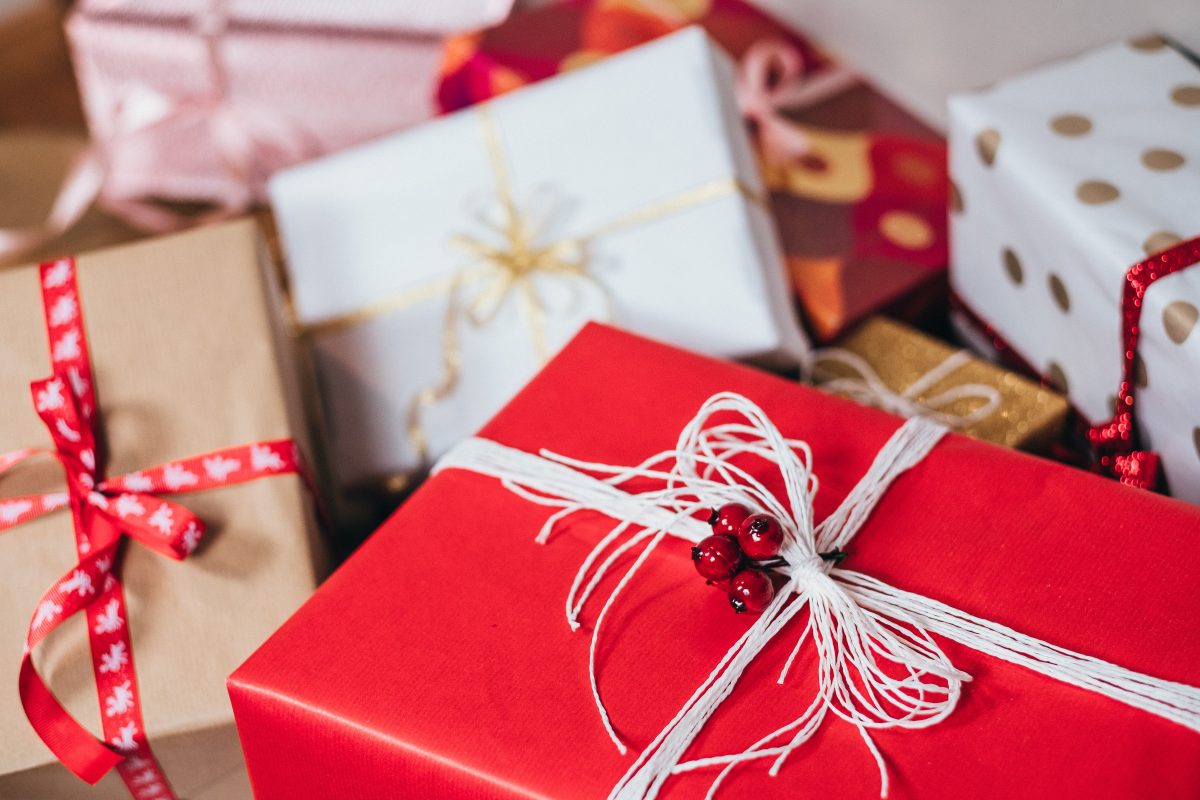 One of my favorite projects at the Martin Center is the cultivation of our higher-education library. Maybe I’m old-fashioned, but I vastly prefer to read books printed on paper instead of words on a screen; the Martin Center’s growing library gives me great joy.

At the end of last year, I set a goal for 2022: to have 850 books in the Martin Center’s collection. Thanks to our generous readers and donors, we’re almost there. As of today, we have 826 books. That’s almost 80 more than we had last year at this time. (You can view our catalog here.)

But our library is still far from complete. There are many classic and new books that we need to add to our shelves—and that I look forward to reading in the future. I’d like to reach our goal of having 850 books in the Martin Center library by the end of 2022. And by the end of 2023, I hope we can make it 1,000.

Here are 10 that I’d love to find under the Christmas tree to help us reach that goal: 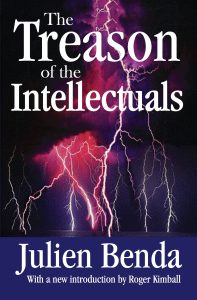 1. The Treason of the Intellectuals by Julien Benda (1927)

Julien Benda’s classic study of 1920s Europe resonates today. The “treason of the intellectuals” is a phrase that evokes much but is inherently ambiguous. The book bearing this title is well known but little understood. This edition is introduced by Roger Kimball.

From the time of the pre-Socratics, intellectuals were a breed apart. They were non-materialistic knowledge-seekers who believed in a universal humanism and represented a cornerstone of civilized society. According to Benda, this all began to change in the early twentieth century. In Europe in the 1920s, intellectuals began abandoning their attachment to traditional philosophical and scholarly ideals, and instead glorified particularisms and moral relativism.

2. Classified: The Untold Story of Racial Classification in America by David E. Berstein (2022)

Americans are understandably squeamish about official racial and ethnic classifications. Nevertheless, they are ubiquitous in American life. Applying for a job, mortgage, university admission, citizenship, government contracts, and much more involves checking a box stating whether one is Black, White, Asian, Hispanic, or Native American. While reviewing the surprising history of American racial classifications, Classified raises questions about the classifications’ coherence, logic, and fairness.

In an increasingly diverse society with high rates of intergroup marriage, the American system of racial classification is getting even more arbitrary and absurd. With rising ethno-nationalism threatening democracy around the world, it’s also dangerous. Classified argues that the time has come to consider abolishing official racial classification and replace it with the separation of race and state. 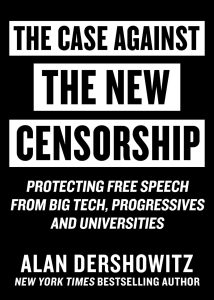 3. The Case Against the New Censorship: Protecting Free Speech from Big Tech, Progressives, and Universities by Alan Dershowitz (2021)

In The Case Against the New Censorship: Protecting Free Speech from Big Tech, Progressives, and Universities​, Alan Dershowitz—New York Times bestselling author and one of America’s most respected legal scholars—analyzes the current regressive war against freedom of speech being waged by well-meaning but dangerous censors and proposes steps that can be taken to defend, reclaim, and strengthen freedom of speech and other basic liberties that are under attack.

Alan Dershowitz has been called “one of the most prominent and consistent defenders of civil liberties in America” by Politico and “the nation’s most peripatetic civil liberties lawyer and one of its most distinguished defenders of individual rights” by Newsweek. He is also a fair-minded and even-handed expert on the Constitution and our civil liberties, and in this book offers his knowledge and insight to help readers understand the war being waged against free speech by the ostensibly well-meaning forces seeking to constrain this basic right.

4. The Neuroscience of Intelligence by Richard J. Haier (2016)

This book introduces new and provocative neuroscience research that advances our understanding of intelligence and the brain. Compelling evidence shows that genetics plays a more important role than environment as intelligence develops from childhood, and that intelligence test scores correspond strongly to specific features of the brain assessed with neuroimaging. In understandable language, Richard J. Haier explains cutting-edge techniques based on genetics, DNA, and imaging of brain connectivity and function. He dispels common misconceptions, such as the belief that IQ tests are biased or meaningless, and debunks simple interventions alleged to increase intelligence. Readers will learn about the real possibility of dramatically enhancing intelligence based on neuroscience findings and the positive implications this could have for education and social policy. The text also explores potential controversies surrounding neuro-poverty, neuro-socioeconomic status, and the morality of enhancing intelligence for everyone. Online resources, including additional visuals, animations, questions and links, reinforce the material.

Academic freedom may be threatened like never before. Yet confusion endures about what professors have a defensible right to say or publish, particularly in extramural forums like social media. At least one source of the confusion in the United States is the way in which academic freedom is often intertwined with a constitutional freedom of speech. Though related, the freedoms are distinct.

In Challenges to Academic Freedom, Joseph C. Hermanowicz argues that, contrary to many historical views, academic freedom is not static. Rather, we may view academic freedom as a set of relational practices that change over time and place. Bringing together scholars from a wide range of fields, this volume examines the current conditions, as well as recent developments, of academic freedom in the United States. 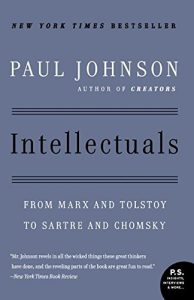 6. Intellectuals: From Marx and Tolstoy to Sartre and Chomsky by Paul Johnson (1988)

7. The Language Police: How Pressure Groups Restrict What Students Learn by Diane Ravitch (2004)

Before Anton Chekhov and Mark Twain can be used in school readers and exams, they must be vetted by a bias and sensitivity committee. An anthology used in Tennessee schools changed “By God!” to “By gum!” and “My God!” to “You don’t mean it.” The New York State Education Department omitted mentioning Jews in an Isaac Bashevis Singer story about prewar Poland, or blacks in Annie Dillard’s memoir of growing up in a racially mixed town. California rejected a reading book because The Little Engine That Could was male.

Diane Ravitch maintains that America’s students are compelled to read insipid texts that have been censored and bowdlerized, issued by publishers who willingly cut controversial material from their books—a case of the bland leading the bland. The Language Police is the first full-scale exposé of this cultural and educational scandal, written by a leading historian. 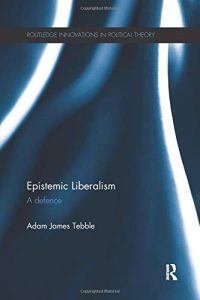 In the wake of what has come to be called the “cultural turn”, it is often asked how the state should respond to the different and sometimes conflicting justice claims made by its citizens and what, ultimately, is the purpose of justice in culturally diverse societies.

Building upon the work of a diversity of theorists, this book demonstrates that there is a distinct “epistemic” tradition of liberalism that can be used to critique contemporary responses to cultural diversity and their underlying principles of justice. It critically examines multicultural, nationalist, and liberal egalitarian approaches and argues that an epistemic account of liberalism, one that emphasizes social complexity rather than cultural diversity or homogeneity, is the most appropriate response to the question of justice in modern culturally diverse societies.

The value proposition of the college degree, long the most guaranteed route to professional preparation for work, is no longer keeping pace with rapidly evolving skill needs that derive from technological advancements impacting today’s workforce. If the university system does not engage in responsive restructuring, more and more workplaces will bypass them entirely and, instead, identify alternative sources of training that equip learners with competencies to directly meet dynamic needs.

The College Devaluation Crisis makes the case that employers and other learning and development entities are emerging to innovate new approaches to training talent that, at times, relies on the higher education sector, but increasingly operates independently in order to satisfy talent needs more agilely and effectively. 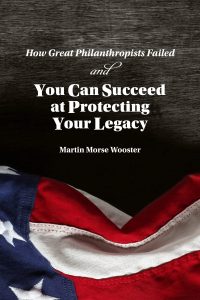 10. How Great Philanthropists Failed & How You Can Succeed at Protecting Your Legacy by Martin Morse Wooster (2018)

Men of amazing entrepreneurial genius, like Andrew Carnegie, John D. Rockefeller, and Henry Ford, built commercial empires larger than the world had ever seen; they produced astronomical returns on investment and were rarely tricked out of their money in business deals. But when they turned to giving that money away, they failed. And as Martin Morse Wooster so finely reports in this book, many other persons of somewhat smaller wealth have also had their charitable plans go awry.

Wealthy and prestigious colleges, Wooster documents, have treated donors shamefully. The donors’ own staff and assistants have betrayed the vision of the men and women who gave them the money they now abuse. Even family members have utterly disregarded how their ancestors wanted the fruits of their labor to be used. Billions upon billions of dollars that were earned in the American marketplace by titans of industry are now in the hands of treacherous philanthropic elites who use that wealth to attack the very system that generated it.

Merry Christmas to all, and to all a good night—from all of us at the Martin Center.