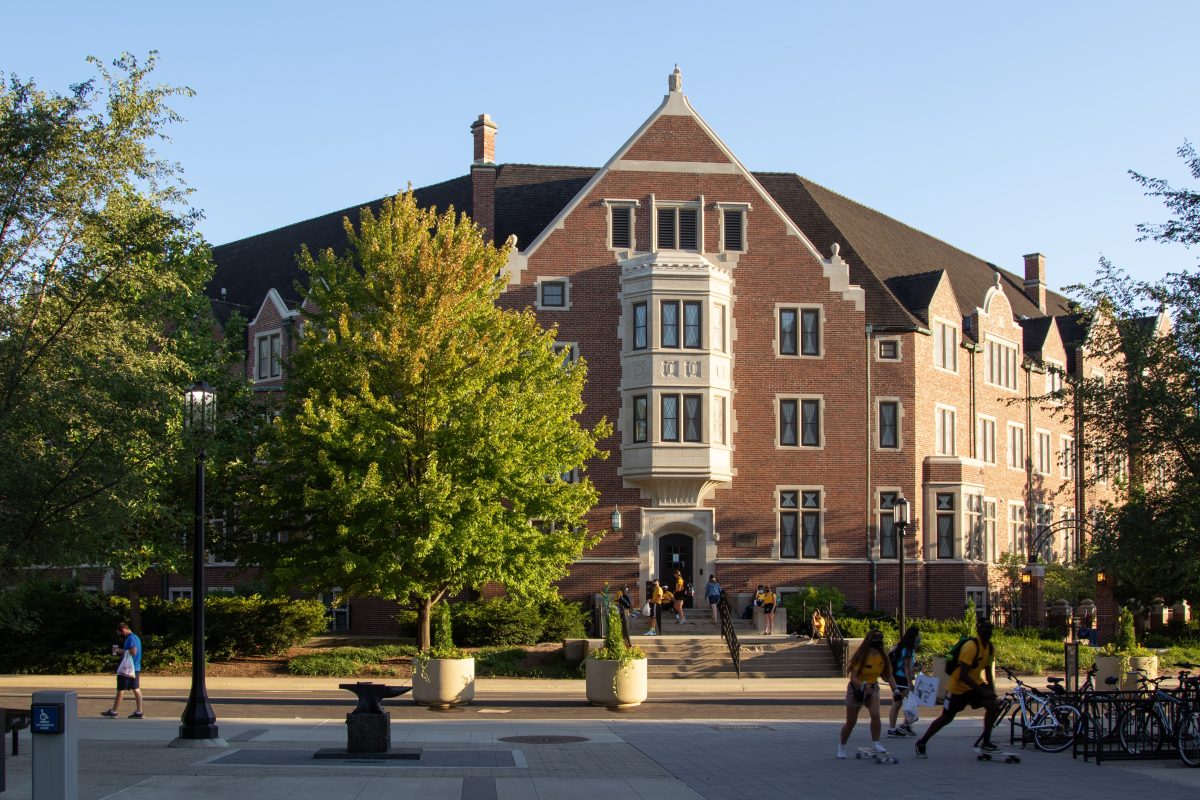 University presidents make a difference. The best of them can steer a university to new heights of greatness, while the worst of them can bring costly mediocrity or even extinction.

A few weeks ago, Mitch Daniels of Purdue, arguably the primus inter pares of American university presidents, announced that he was stepping down at the end of 2022 after a decade of extraordinary service.

Usually when a president announces his pending resignation, the governing board takes a few months to appoint a huge search committee and hires a firm specializing in placing prospective leaders. This leads to a year or so of intense speculation and a lame duck period in which the existing president waits out the end of his or her term doing little more than routine housekeeping while the university drifts.

The better the educational background of leadership, the less tolerance there is of mediocrity.Not Purdue: It announced the name of the new president the same day it announced President Daniels’s resignation, a maneuver that struck me as a typically bold, innovative, and constructive move, no doubt at least partly orchestrated by Daniels himself.

The incoming president, Mung Chiang, has been executive vice president at Purdue and the engineering dean for several years. He seems to have had an extraordinary career as a Stanford-educated, top-flight engineer, an entrepreneur (once New Jersey CEO of the year!), and a college professor, coming to Purdue from Princeton, coincidentally Mitch Daniels’s alma mater.

I wouldn’t be surprised if he and Mitch have walked together across the Wabash River, which adjoins Purdue’s home, West Lafayette.

As a generalization, my experience is, the better the educational background of leadership, the less tolerance there is of mediocrity, and the greater the striving for greatness. At my university, the worst presidents I have known over 60-plus years of service were largely educated at mediocre second- or third-rate institutions, while the best had exposure to places like Duke or Harvard.

President Daniels is probably best known for freezing the tuition fees of Purdue for 11 years, through the next academic year. Since the Consumer Price Index over the same period will have risen far more than 20 percent, in an inflation-adjusted sense Mitch (which is what everyone calls him) has probably presided over the sharpest prolonged real reduction in major American university tuition fees in modern American history.

Having had a successful career as an executive in the private sector and run the Budget Office for the federal government (not to mention a long stint as governor of Indiana), Mitch knows that the public sector is not as efficient at doing lots of nonacademic things as is private enterprise. For example, Purdue largely got out of the transportation business, hiring private contractors to do busing around campus. Mitch realized that there were lots of folks inefficiently doing things very peripheral to Job One, which is teaching and research.

Mitch knows that the public sector is not as efficient at doing lots of nonacademic things as is private enterprise.Mitch also observed that Purdue, like nearly all universities, really did not understand how to successfully run online education, so he bought (for one dollar), Kaplan Higher Education, turning it into Purdue Global, which today educates almost as many people as is done in-person on the main campus.

He was also concerned that Indiana was not turning out enough future adults with good technical skills acquired from a first-rate secondary education, so Purdue now runs three Purdue Polytechnic high schools.

The growing success of Purdue allowed Mitch to raise prodigious amounts of money from private donors. He embraced innovative ways of financing college, including the use, albeit on a fairly modest scale, of income share agreements, whereby students sell equity in their future “human capital” instead of piling up immense debts. He pioneered learning more about the attitudes, successes, and failures of recent graduates, at one time collaborating with Gallup to do so.

He also, early on, realized the serious negative effects that overreliance on remote learning was having during the Covid pandemic, returning Purdue to in-person instruction before many other schools.

Importantly, none of this was accomplished by sacrificing quality. To the contrary, Purdue’s reputation, already good, improved if rankings are any indicator. Today, it is considered one of the great scientifically-oriented public colleges in the country, not far below M.I.T. or Caltech in quality, and at least the peer of such similarly tech-oriented public schools as Georgia Tech.

Mitch blew me away when, still governor of Indiana but preparing to assume the Purdue job, he asked my advice on the ways his bosses (the Purdue governing board) could incentivize him to perform better. Never have I known a university president to do that! He wanted to emulate, to a degree, the stock options/bonus arrangements that motivate private-sector executives.

He blew me away again when, at a breakfast at an upscale D.C. hotel, he got up and helped the overworked waitress bus tables. Similarly, a few weeks ago he saw me in an Alabama hotel and insisted on buying me a drink. In addition to his brightness, foresight, honesty, and hard work, Mitch is also kind and caring.

In addition to his brightness, foresight, honesty, and hard work, Mitch is also kind and caring.The rewards for spectacular good performance in higher education are usually pretty modest, just as the penalties for abysmal performance are likewise paltry, meaning we have too many mediocre presidents staying in office too long. Interestingly, great university presidents, few in number, often become attached to one another: The dean of American university presidents, the incomparable Gordon Gee (president of five major universities over a 41-year period), tells me that Mitch is a good friend.

The limited rewards for success make most college presidents cautious, as they try to be popular with narrow-minded campus constituencies and prominent donors. Most try to win over the faculty with good salaries, low teaching loads, and decent parking; the alumni with a couple of really good athletic teams; the students by tolerating hedonistic behavior and condoning and even encouraging grade-inflation; and woke progressive activists by hiring umpteen diversity coordinators and deploring that we live in a racist, unjust society. They cater to the governing board by offering perks (good football tickets, for example) and trips to fun places with the president.

Alas, the outlook for higher education appears probably as poor today as anytime in the 64 years that I have observed it since entering Northwestern as a freshman in 1958. Enrollments have fallen, and the longtime continual rise in student aspirations to go to college seemingly has halted, possibly even reversed.

Colleges are increasingly losing vital public support, partly because of wildly unpopular policies like making biological identification factors like race and gender important in decision making and downplaying academic merit. Similarly, the suppression of viewpoints not in keeping with fashionably progressive ideas is turning off many Americans, not only students but also taxpayers and philanthropists.

Good leadership that can restore higher education’s positive role is desperately needed within universities, as well as in the organizations, especially governments, that help finance and increasingly regulate them.

Richard K. Vedder is emeritus professor of economics at Ohio University and the author of Restoring the Promise: Higher Education in America.