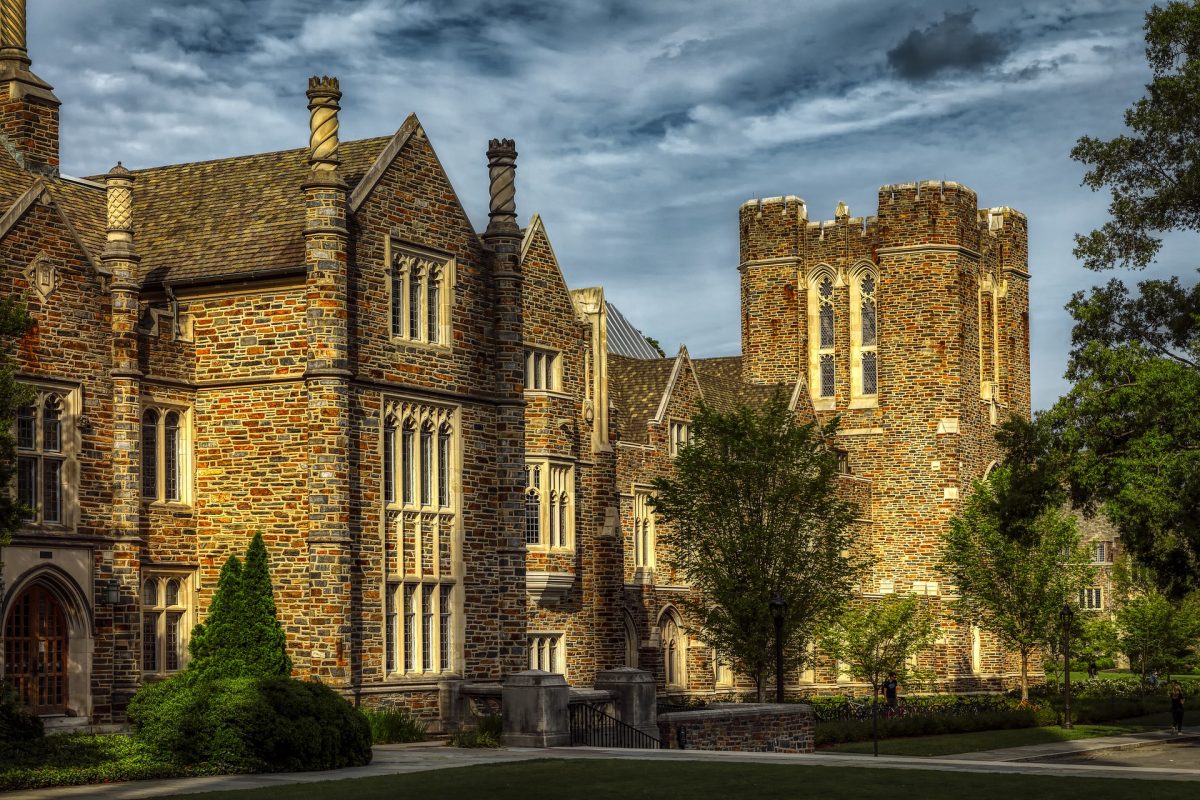 How do North Carolina’s colleges rank amongst the nation’s top colleges? Do going to these schools make a big difference in earnings after graduation? Using both Forbes and the Wall Street Journal rankings of the top American schools, four schools in North Carolina are ranked in the top 100. Duke, UNC-Chapel Hill, Davidson, and Wake Forest. (The average state only has two top schools). The fifth-ranked school would be NC State; Forbes has them at 79 and the Wall Street Journal ranks them 112.  We will concentrate here on the consistently top four North Carolina-ranked schools.

Let’s look at some of the graduate earnings data comparing these schools to four schools not unambiguously in the top 100: NC State, Appalachian State, UNC Wilmington, and Elon University.  The top four schools’ graduates have an average earning of $52,228, while the four lower-ranked schools have an average earning of $38,778 (weighting each school equally).  So, the disparity between these two sets of schools is noticeable–the allegedly better schools averaged nearly 35 percent higher earnings.

To be sure, there are other big differences between the two sets of schools: NC State and Appalachian State serve around 20,000 students each at a far lower sticker price than schools like Davidson and Wake Forest and admit students probably with lower perceived academic promise based on high school grades, test scores, and teacher recommendations.

Of course, the major field of study plays a significant role in indicating how much graduates will make, so let’s look at how some of these earnings by major match up. For instance, math majors at UNC-Chapel Hill make $48,189 on average while math majors at UNC Wilmington average $38,297. Again, the difference in earnings is meaningful but not earth-shaking. However, compare math majors at Duke and NC State: the average math major at Duke makes $81,333 (!) after graduation, compared with just $28,598 at NC State. For English majors, however, the disparity is dramatically less: the average earnings for English is $38,289 at Duke and $30,771 at NC State. This clearly demonstrates that both which major and which school students choose have a huge impact on earnings.

Huge caveats, however, are in order. The data from the U.S. Department of Education are of so-so quality. Kids not getting any federal student aid are excluded from the sample, a good number we suspect at some of the tonier private schools. Hence interschool comparisons may be distorted. Moreover, the sample size for earnings data is often very small. More fundamentally, there is more to life than just earnings.

Two kids falling in love and ultimately marrying who attended Appalachian State might have on balance a more satisfying college experience than two nerdy introverts making twice as much who went to Duke or Wake Forest. There is a consumption as well as an investment dimension to higher education. Bottom line: school choice and majors matter a good deal, but that is not the whole picture.

Braden Colegrove is an undergraduate economics major at Ohio University, where he has studied with Richard Vedder, Distinguished Professor of Economics Emeritus.