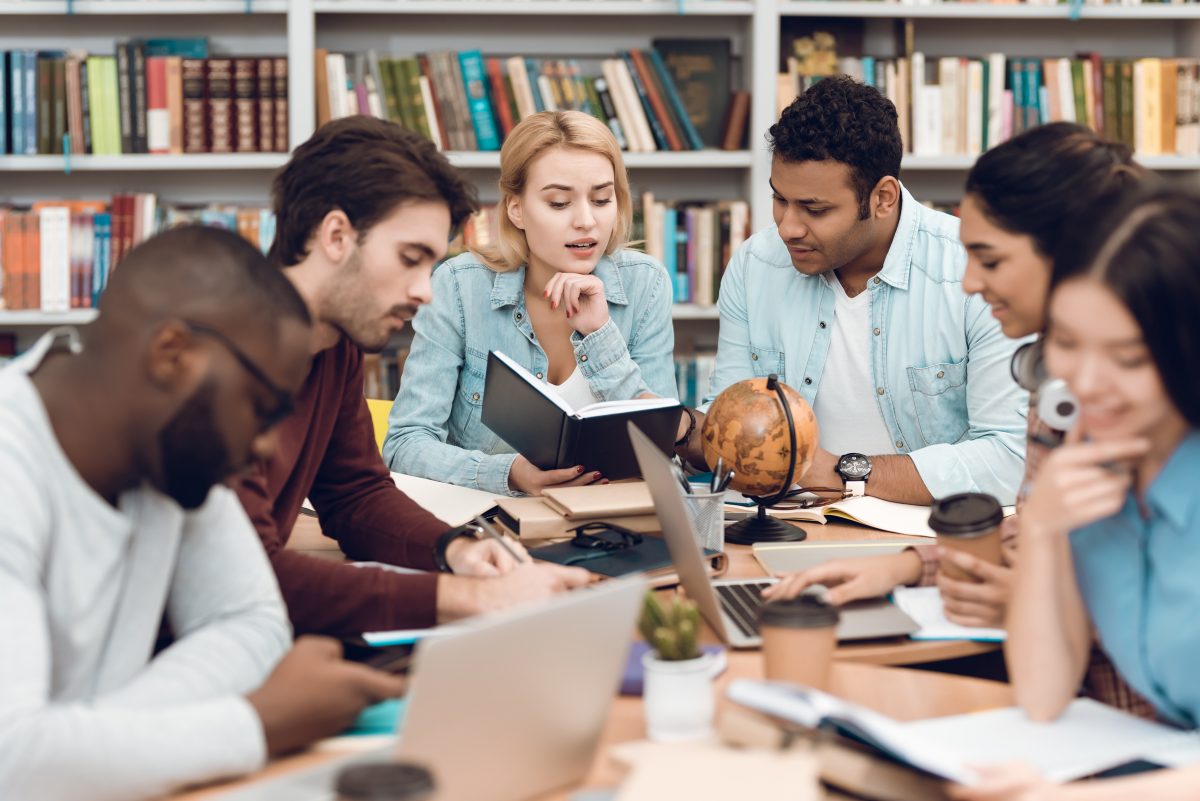 While community colleges are known as a low-cost path to higher education, some might be shocked to learn that their enrollments took a steeper hit than the four-year sector in the first year of the Covid-19 pandemic. Usually, economic downturns help the two-year sector’s enrollments when learners are attracted by the more affordable tuition and no-frills, no-nonsense approach to the calling of higher education.

In that rather sobering observation, however, lies a lesson that could help community colleges move forward: stay true to the mission.

Once the million-dollar fancy marketing campaign for the brand new dorm or the cool robotics center runs its course, the core constituency of the community college remains: students who are seeking to save a significant chunk of money in the pursuit of their eventual baccalaureate degrees. That is the bread and butter, the raison d’etre if you will, of a vast majority of America’s community colleges.

Pretending otherwise may be useful for the pockets and careers of marketing directors, foundation CEOs, and pricey consultants setting up booths at various higher education conferences. On the other hand, chancellors and presidents already under siege for falling enrollments should be wary of buying into a narrative that more spending on buildings, fancier amenities, and niche program offerings are panaceas for reversing the decline.

It is a narrative that is often promoted by a segment of the broader management consulting industry that specializes in advising higher education entities and generates revenues in the billions from its clients. Unlike its purely corporate counterpart, this segment draws less scrutiny from the usual watchdogs.

The fundamental attraction of the community college­–an affordable pathway to a degree–remains its value proposition.

From behemoths pretending to be nonprofits to sole proprietor gigs run out of basements in the retirement years of college administrators, the lure of making a buck (or a million) by banking on the insecurities of enrollment management deans and marketing directors is too tempting to bypass. Marketing consultants promise they will bring about a change of fortune on college campuses by providing glossy reports that they claim will solve the enrollment dilemma. The cost of consultants can be steep for small public sector institutions, as Northwestern Michigan College‘s $90,000 contract with a ‘strategic planning’ consultant amply demonstrates. Once limited to state universities and the struggling private liberal arts college, the higher education consulting industry is very much interested in the humble community college as a new frontier of possibilities.

The fundamental attraction of the community college­–an affordable pathway to a degree–remains its value proposition. That proposition is the foundational argument around which any marketing outreach or public relations campaign should always be built. In “MBA-speak,” this is the core competency of the sector, bar none.

Sure, we have teachers who are well trained and care deeply; but as my CIO often points out, albeit to the groan of many traditionalists, he has never known a college to run ads promoting a message akin to “enroll at our school, our faculty is horrible.” Sure, we have a plethora of degree pathways in the ever-fanciest Classification of Instructional Programs (CIP) code conjured up by the bureaucrats at the National Center for Education Statistics (NCES), but the bulk of our students come to us to get the first two years of formational courses squared away and transferred to a four-year institution at an affordable cost. Sure, we now have multiple campuses spread out within a driving distance of each other; but do the ten-thousand dollar billboards advertising those almost contiguous other campuses really do much to attract additional students?

What surely does attract learners to community colleges is that value proposition, as students themselves repeatedly tell us. This should not be a shock. With a student population that is, on average, older, more ethnically diverse, and less economically secure than its counterpart in the other sectors of the higher education landscape, such an emphasis on value makes abundant sense. All else being equal, I suspect the average community college student would rather pay less to get a solid English Composition grade in a modest campus building than shell out more to get the same set of credits in a shiny new building that is widely advertised by the marketing departments, often at the behest of hired gun enrollment consultants.

The dollar value of that proposition is significant. Using academic year 2021 published data from the Kansas Board of Regents, my office compiled information about the tuition savings made by in-state students for each credit hour taken at any community college in the state versus the same credit hour taken at any of the state universities. Our analysis found that by opting to take 60 hours–roughly two years of college or approximately half of most baccalaureate degree programs–at the average community college instead of at the most economical public university, a Kansas resident student saved about $ 4,000; that figure went up to a staggering $ 16,000 at the state system’s flagship university. While the usual caveats of special rates, financial aid, and tuition accelerators apply, the value proposition of community colleges is quite compelling in Kansas as it is, I am certain, in almost every other state of the Union. 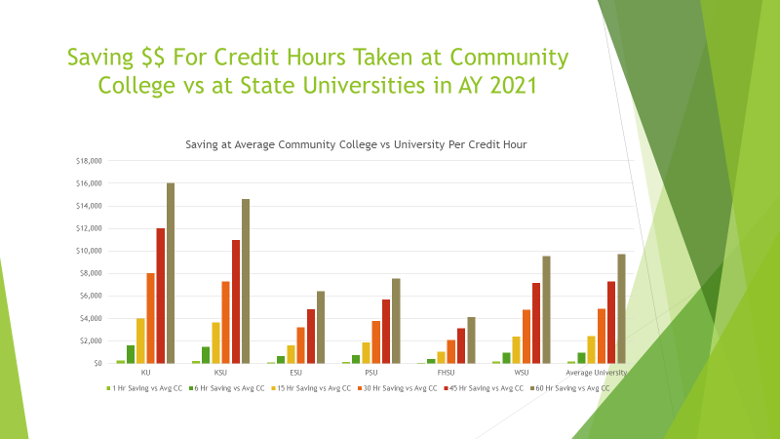 Once the three tranches of federal Higher Education Emergency Relief Funding (HEERF) run out in another year, chances are that the trend of enrollment decline, even with marginal upticks as we return to some sense of normalcy, will hurt community colleges with an even mightier punch. At the same time, elected governing boards and legislatures will become more concerned than ever about capping mill levies and controlling costs. There is no perfect solution to that dilemma in a higher education environment where competition remains fierce and even some public sector universities act like predatory businesses with armies of lobbyists, legislators, and legal departments in their arsenal.

Nonetheless, an imperfect and yet empirically sound solution is staring us in the face: promote the value proposition of the community college like never before. It might just work better than that expensive fancy new program with five students that is giving heartburn to legislators and board members about to face the electorate.

Dr. Esam Sohail Mohammad is the associate vice president of institutional research and effectiveness at Butler Community College in El Dorado, Kansas. He is the immediate past chairman of the Kansas Council of Institutional Researchers of Two-Year Organizations (CIRTO). The views expressed are the author’s own and do not reflect those of any organization with which he is affiliated.

To Survive, Community Colleges Need to Stay True to Their Mission