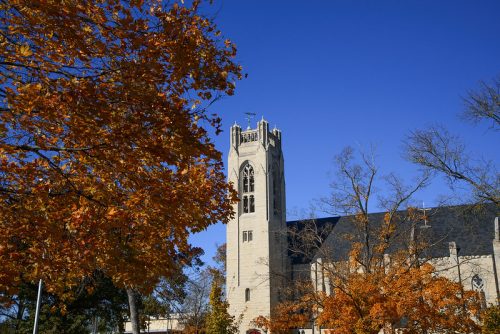 Under the Constitution, the federal government has no power over education, including arrangements that colleges make for student housing and expectations for their conduct on campus. Furthermore, the First Amendment protects religious institutions’ freedom to speak and operate according to their beliefs.

Nevertheless, College of the Ozarks has just filed suit against President Biden and two bureaucrats in the Department of Housing and Urban Development (HUD). The reason for the suit is a directive issued by HUD that imposes a rule against housing discrimination on the basis of sexual orientation or gender identity, a rule that the federal government intends to apply to colleges as well as commercial sellers and renters of housing. (The college’s complaint is available here.)

The college has always kept housing for men and women separate, but under the directive, its policy would be illegal because it recognizes only biological males and females. It won’t place students in campus housing based on their claimed gender orientation. If the school were to continue its traditional policies, it would face costly litigation and ruinous fines from the government.

With legal assistance from Alliance Defending Freedom (ADF), the school has filed a lawsuit in federal district court in Missouri, where it will be heard by Judge Roseann Ketchmark. It asks the court to block enforcement of the federal directive, arguing that it was issued without the required notice and comment under the Administrative Procedure Act, it exceeds the powers of HUD under the Fair Housing Act, it violates the Religious Freedom Restoration Act, it violates the college’s rights under the Constitution, and it exceeds the scope of federal powers under the Tenth Amendment.

Thus, the court has an array of sound legal grounds for stepping in to enjoin the government from applying the directive to College of the Ozarks and other schools that do not want to be compelled to place men with women in their dormitories.

But before looking into the school’s case, it’s worth asking why it finds the directive so threatening. College of the Ozarks is known as a traditionalist Christian institution. Presumably, all the students who apply and are accepted are comfortable with its housing policies. It is extremely unlikely that a male who identifies as female or a female who identifies as male would be interested in attending the college. Why go to court?

The school has very good reasons to worry about the directive.

For one thing, under its terms, it is illegal for the college to communicate to students that it keeps male and female housing separate. Under the Fair Housing Act, any person or organization that rents housing violates the law by making even the slightest suggestion that its apartments, dormitories, or other units are not equally available to everyone. Simply by publicizing its long-standing dorm policies, the college would be in violation of the law and subject to heavy fines.

Second, the federal government is known for extremely aggressive enforcement of the Fair Housing Act, especially through its use of “testers” to seek out conduct by housing renters that comes anywhere near a violation. Given the well-known animosity of bureaucrats in Democratic administrations for conservative Christians (consider, e.g., the continued hounding of the owner of Masterpiece Cakeshop and the Obama administration’s relentless efforts at forcing the Little Sisters of the Poor to provide birth control), there’s no doubt that College of the Ozarks would find itself facing the might of the federal government unless it changes its housing policy.

Does the college stand a chance of getting the court to enjoin enforcement of the directive? After reading the complaint, I think so.

Probably the easiest call for the judge would be to rule that HUD failed to comply with the Administrative Procedure Act (APA). That federal statute requires agencies to follow certain steps when they intend to issue new rules, specifically to submit proposals to notice and comment from the public. The idea is that agencies should not be able to make substantive legal changes without giving affected parties (and the public) a chance to be heard.

HUD did not bother with the APA, but merely announced its new directive expanding the law to include “discrimination” based on gender identity. That should be sufficient grounds for the judge to block enforcement.

Simply by publicizing its long-standing dorm policies, the college would be in violation of the law and subject to heavy fines.

Further, the college argues that the directive should be blocked because no administrative agency can change federal law, but only apply the language the Congress wrote into statute. When Congress wrote the Fair Housing Act, it declared that housing discrimination based on “sex” was illegal, but that was not thought to mean gender orientation. If Congress wants to amend the law to cover situations such as that of colleges having to place biological males and females together in dormitories, it can do so. But until then, HUD has no authority to expand the meaning of the law.

If the court were to strike down the directive on the grounds that HUD has no authority to rewrite the Fair Housing Act to suit its current desire to eliminate discrimination over gender orientation, that would be a stronger ground than just relying on the failure to comply with the APA. (It could, of course, cite both reasons.)

Another argument put forth by the college is that HUD’s directive clashes with a federal statute, namely the Religious Freedom Restoration Act (RFRA), which prohibits agencies from applying rules that substantially burden the exercise of religion. The College of the Ozark’s officials have adopted their strict rules about housing because they believe them to be in accord with Christian tenets; or we could say that other rules such as those the directive would mandate would conflict with their understanding of Christian morality. Compelling the college to house men and women together would place a burden on their religious beliefs, thereby violating RFRA.

The district court could also find merit in the college’s constitutional claims.

Under the First Amendment, Congress is not permitted to enact any law that either establishes a religion or abridges the freedom of speech. However, the directive, in the words of the complaint, “imposes special disabilities on the College due to its religion and its intent to engage in private religious expression.” With this directive, the government hinders the free exercise of religion and interferes with the freedom of speech. Those are solid grounds for enjoining its enforcement.

Finally, there’s what I think is the most penetrating of all the objections to this federal offensive against a school’s freedom to operate in accordance with its own beliefs—that the Tenth Amendment reserves control over education (and almost everything else) to the states or the people.

The Constitution’s drafters included the Tenth Amendment to underscore the importance of federalism—that except for the few powers expressly given to the federal government, control of everything else was to be left up to the states and the people.

At one point, the complaint states,

The College’s provision of student housing in accord with its religious beliefs does not prevent anyone from obtaining education and housing at a myriad of other colleges that operate in accord with the policies reflected in the Directive.

That’s indisputably correct. So why must every college obey this mandate from the Washington bureaucracy? Why can’t there be any colleges that follow Christian teachings, or those of other religions?

The Tenth Amendment was included precisely to keep federal officials from overreaching, from grabbing power they are not supposed to have. That includes telling religious colleges that they must follow orders from Washington on how they handle housing and other interactions between men and women.

Quite a few colleges and universities in the U.S. offer students a choice of housing that is open only to members of specific racial or ethnic groups. Should that be deemed illegal discrimination under the Fair Housing Act? I think not. If they want to manage their operations that way, it does no harm to excluded students, who have other options. Under the Tenth Amendment, the federal government can no more interfere with those schools’ decisions than it can with College of the Ozarks.

However unlikely it might be that Judge Ketchmark will decide it on Tenth Amendment grounds, I’m glad to see ADF making the argument. The Tenth has long been ignored but that’s no reason to continue allowing federal agencies to exceed their legitimate authority.