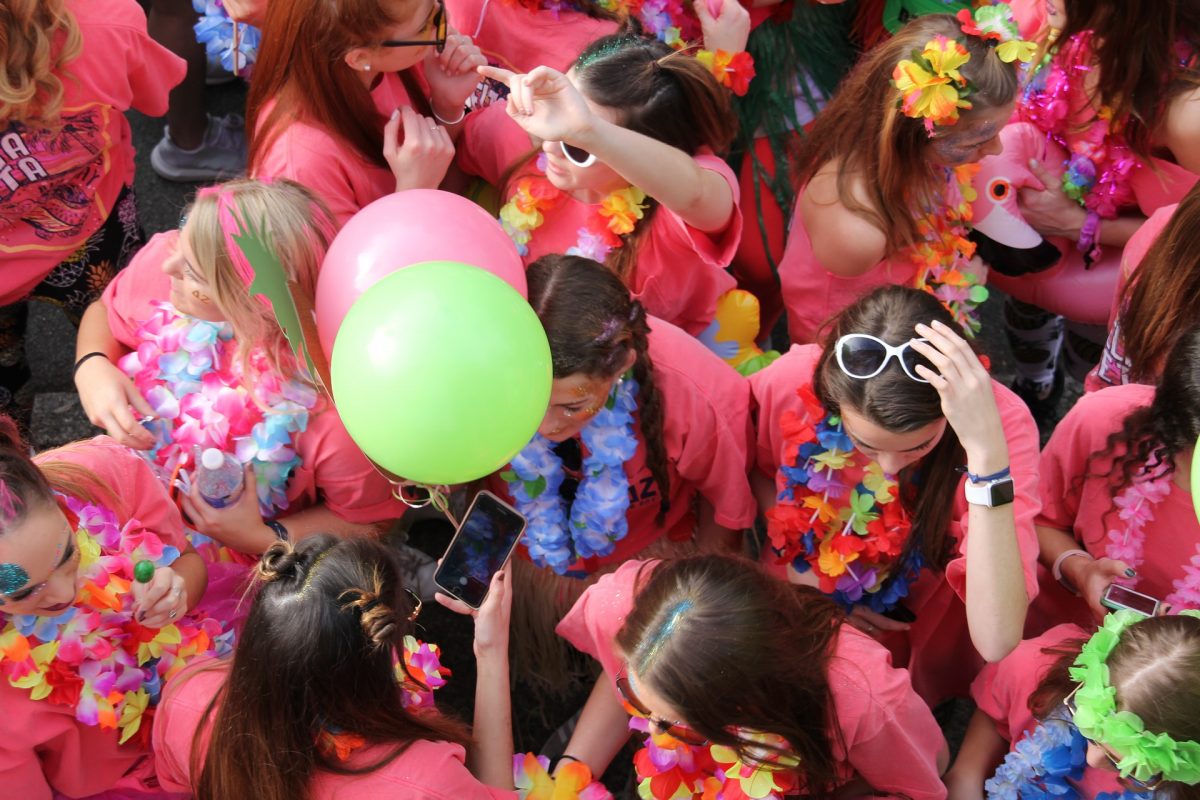 In tracing COVID-19 outbreaks at colleges, the blame has been placed on Greek life, the fraternities and sororities that drive social life on many campuses.

While university leaders have criticized secret fraternity parties—and about 400,000 cases have broken out among students nationwide—the blame for campus outbreaks cannot simply be placed on Greek life students.

Some less-than-responsible students in fraternities and sororities have caused outbreaks, but so have non-Greek students throwing and attending parties. University officials, sometimes reluctant to enforce COVID-19 guidelines, haven’t lived up to their responsibility of enforcing rules to keep students and staff safe. Administrators can’t point fingers at students without acknowledging their own failures to limit outbreaks.

One rule on housing density at North Carolina State University, for example, makes an exception for Greek housing on campus property. That exception also happens to financially benefit the college.

Before the school year began, heads of the department of fraternity and sorority life at many schools allowed Greek housing to maintain full occupancy on or near campus.

Sometimes, administrators don’t have the power to act. East Carolina University, for example, cannot set capacity restrictions for fraternity and sorority houses. All ECU Greek life houses are privately owned and off-campus, so administrators have no jurisdiction. Greek life houses at ECU are much smaller than at other colleges; they usually house 15-20 women, whereas fraternity housing at other colleges can often house up to 45 men.

Other schools, like NC State, have Greek life housing on campus grounds. Most Greek life houses are in an area called Greek Village. Being on campus, NC State has some jurisdiction on their activities, but not all Greek houses are there; some still remain off-campus and are privately owned.

NC State will offer campus housing at reduced capacity during the spring semester (single-occupancy dorms), but all fraternity and sorority houses on- or off-campus will be occupied at full capacity.

In Greek Village across from NC State’s main campus, fraternities and sororities have land leases where they own the house, but lease the land from NC State. Those leases limit the control NC State has over rental agreements. Other Greek houses on campus not located in Greek Village have more flexibility to set rules and policies.

“The ground leases allow the organizations to determine their own occupancy and rates,” said Shelly Dobek, director of fraternity and sorority life at NC State. “With our inventory being very new, most house corporations do not have sufficient reserves to reduce occupancy and continue to meet their financial obligations.”

If NC State exercised its authority and applied capacity restrictions to Greek Village as it does for the rest of on-campus housing, that could threaten the lease payments made to the university. A financial interest encourages NC State officials to exempt Greek housing from housing restrictions on campus.

Greek housing is also a less risky place for a COVID-19 outbreak because it serves fewer students than campus housing, Dobek noted. Greek housing generally has about 500 students, whereas NC State will have 4,000 students living on-campus for the spring semester.

Dobek is optimistic about controlling COVID-19. “With increased expectations via the Community Standards, non-resident dining removed from the facility, re-entry testing and weekly surveillance testing, and a number of other steps, we feel good about the environment we are welcoming students back to for spring,” Dobek said.

While the department of fraternity and sorority life is optimistic about the upcoming semester, it’s unsettling that only certain on-campus housing will be running at reduced capacity. UNC-Chapel Hill has seen a COVID-19 outbreak even before students have returned to campus. The more opportunities for campus outbreaks to happen, the harder it will be to manage them.

If NC State will not or cannot mandate a reduction in Greek house capacity, they could at least ask for a change in policy. Members of Greek life are mandated to live in the house at least for one year—students may be concerned about their health, but have no option of avoiding Greek housing while remaining in the fraternity or sorority. Administrators should at least pressure Greek organizations to waive this requirement during the pandemic.

If university officials are serious about their commitment to public health and safety, they need to consistently enforce rules and provide accurate information. That includes making hard decisions, even when it could hurt their budget.