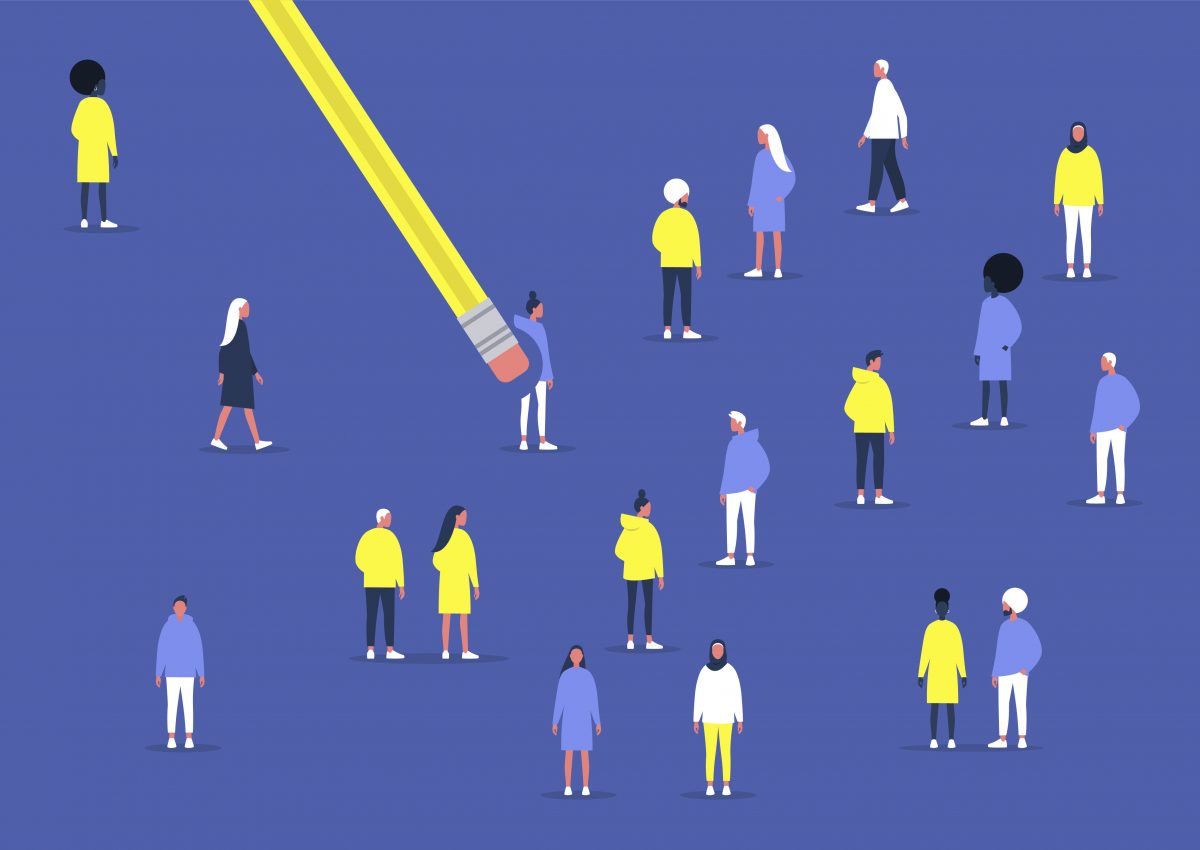 “People that work at universities and newspapers should be the most intellectually free people in the world.” Few would vocally disagree with these words recently said by former New York Times writer Bari Weiss. And yet, despite living in the freest country in the world, it’s become increasingly risky for students, academics, and journalists even to slightly stray from an ever-evolving and insidious ideology that has enveloped American society.

The ideology falls under the banner of many names: social justice, “wokeness,” intersectionality, racial justice, etc. Whatever label one assigns to the new ideology, its underlying strategy is clear: Advance the cause of “social justice” by silencing the faintest dissenter by any means necessary—even if it involves destroying their reputations, careers, and livelihoods.

Where did this censorious phenomenon, commonly called “cancel culture,” come from? Prominent journalists point to academia.

On September 22, Weiss and Thomas Chatterton Williams, a contributing writer at the New York Times Magazine, spoke at an online event hosted by Duke University. The event, Is There Still Room for Debate?: Free Discourse and Cancel Culture Today, was moderated by Duke University classical studies professor Jed Atkins.

Williams and Weiss first described the nature of cancel culture and then analyzed its ideological roots.

“Cancel culture is not about holding people accountable…holding someone accountable means they can mount a defense, they can respond, it can be a back-and-forth,” Williams said. “Cancel culture is about shutting somebody down, targeting their employment, making an example out of them so that others take note.”

On July 7, Williams, along with several others, published a statement in Harper’s Magazine entitled “A Letter on Justice and Open Debate.” The letter affirms the liberal values of open debate and civil discourse and decries the “stifling atmosphere” of cancel culture, noting how:

Editors are fired for running controversial pieces; books are withdrawn for alleged inauthenticity; journalists are barred from writing on certain topics; professors are investigated for quoting works of literature in class; a researcher is fired for circulating a peer-reviewed academic study; and the heads of organizations are ousted for what are sometimes just clumsy mistakes.

The letter then argues that shutting down debate and silencing unpopular views “invariably hurts those who lack power and makes everyone less capable of democratic participation.”

A week later on July 14, Weiss published her letter of resignation from the New York Times. In her letter, Weiss expressed regret at having to resign:

I can no longer do the work that you brought me here to do—the work that Adolph Ochs described in that famous 1896 statement: “to make of the columns of The New York Times a forum for the consideration of all questions of public importance, and to that end to invite intelligent discussion from all shades of opinion.”

During the online event, Weiss recounted how the New York Times had become extremely hostile to certain views, abandoning the liberal values it once enshrined. In Weiss’ view, those liberal values have been replaced by a “new ideology” that seeks to silence any idea that “does not advance the cause of justice and righteousness and progress,” even as the definitions of “justice,” “righteousness,” and “progress” are constantly changing.

“I do not adhere to all the creeds of the new ideology,” Weiss said, explaining that she leans to the political right on certain issues and to the political left on other issues. Ironically, it is because of Weiss’ ideological heterodoxy that she was hired at the Times. After the election of Donald Trump, Weiss was specifically hired “to bring in other points of view that would not otherwise appear in the paper’s opinion section.”

Unfortunately, over time, Weiss’ refusal to pledge full fealty to the new ideology became unacceptable to her colleagues. After persistent bullying and pressures to adopt the “correct views” in her writing, Weiss concluded that she no longer “fit in there.”

As an example of the paper’s intellectual intolerance, Weiss pointed to a recent incident over the summer where the paper apologized for publishing an op-ed penned by United States senator Tom Cotton, stating that the piece “should not have been published.” The op-ed made the case that president Trump should send in the military to halt the riots going on in the streets.

After the publication of Cotton’s piece, the backlash and outrage from the mainstream media—and NYT employees—was so acute that the editor responsible for the publication was fired. Yet, at the same time, the paper chose to run other op-eds with titles such as “Yes, We Mean Literally Abolish the Police,” and an op-ed by a parent who suggests he will not let his son play with children of another race. “Those are the kinds of op-eds that are met with nothing but praise,” Weiss said.

“It is vital to stand up to intimidators and bullies with courage and integrity.”

The scourge of cancel culture, however, reaches far beyond mainstream news organizations like the NYT; it dominates most of big tech and has infected many private companies and certain wings of the government. But, as Weiss noted in her letter of resignation, the NYT wasn’t always hostile to “unorthodox” viewpoints. On the contrary, it encouraged “intelligent discussion from all shades of opinion.” The same can arguably be said about many of the country’s main institutions.

What happened? Weiss’ answer is simple: College campus culture seeped into everyday American culture. When asked about her thoughts on the 2018 book The Coddling of the American Mind by Greg Lukianoff and Jonathan Haidt, Weiss said she thinks the book is significant because, although it focuses on college students, much of its analysis now “applies to nearly every American institution.”

The book, for example, describes the proliferation of “safetyism” in campus culture. “Safetyism” describes students’ desire—and expectation—to be “protected” from ideas with which they disagree or that make them uncomfortable. Students or speakers, for instance, who believe that “men are not women” are deemed dangerous and deserving of being shut down. Similarly, students demand that professors provide “trigger warnings” in class to warn them of content they might find upsetting.

In the past, Weiss noted, people looked at campus politics as a temporary phase students go through as they mature into adulthood. The idea was that as students “left the quad behind, they would moderate their views, the excesses of campus culture would be left behind,” and they would adjust to the expectations of the real world. But, instead of American institutions molding young Americans, the reverse has taken place.

“They have gone, from college, into the institutions that are critical to American life and they have transformed those institutions from within,” Weiss said. She quoted writer Andrew Sullivan who said “we all live on campus now.”

The event concluded with both Weiss and Williams giving advice to professors, students, and anyone who wishes to push back against cancel culture. They both agreed that it is vital to stand up to intimidators and bullies with courage and integrity.

Williams pointed to a recent event he moderated for UNC Chapel Hill’s Program for Public Discourse, a conversation between professors Robert P. George and Cornel West. Williams commented that West said something that really stood out to him: When it comes to standing up for the truth, you have to be ready to “drink the hemlock,” a reference to how Socrates was sentenced to death for speaking the truth. Williams remarked: “It’s a battle of integrity versus a battle of expediency.”

Weiss similarly emphasized the need for courage and integrity. She said she sees standing up and taking courage “as nothing short of a moral duty” even though it may come at great personal and professional cost.

If enough people refuse to acquiesce, concluded Weiss and Williams, they may turn the tide on the new creeping authoritarianism.