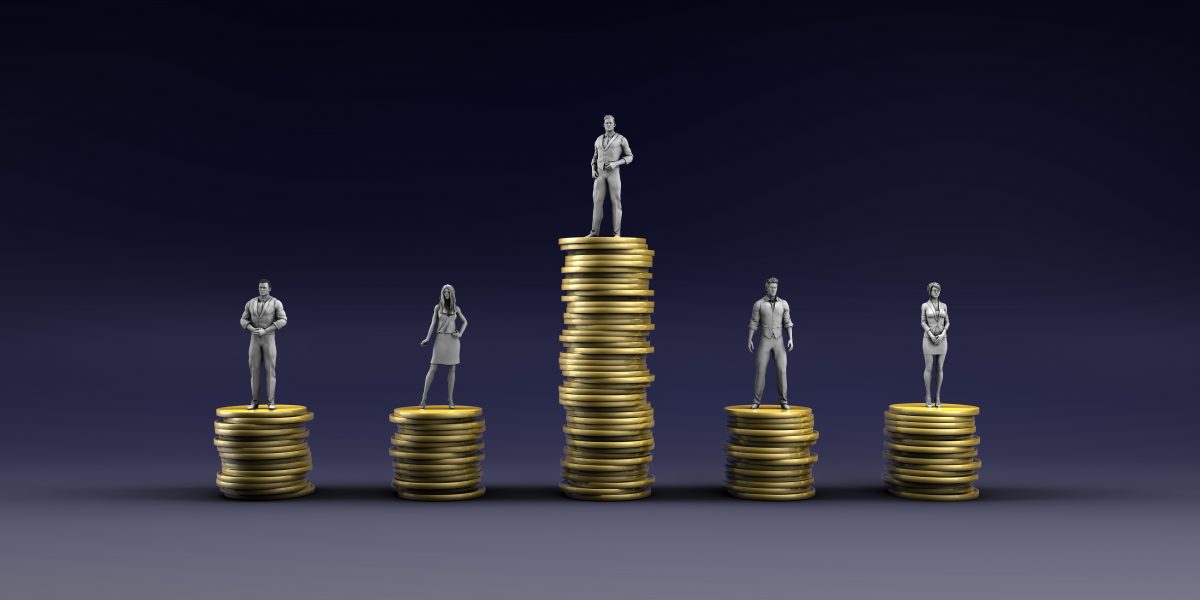 Those numbers compare to an average of 47 percent from the bottom three quintiles for all public four-year institutions nationally.

Is this a good thing or a bad thing? It depends upon your perspective. It is widely acknowledged that academic achievement is highly correlated with socioeconomic and educational status. Parents in higher socio-economic brackets expose their children to more spoken vocabulary, emphasize reading at an earlier age, send their children to better schools, and set higher expectations for academic achievement. From one perspective it is understandable that these children would be more likely to be admitted to elite academic institutions.

But there is a growing body of thought that colleges and universities should aim to foster upward economic mobility. In this regard, individual Virginia institutions fall far short. This perspective appears to be that of Koch and Cebula.

Koch is one of the most astute critics of higher education today. In his previous book (which I highlighted in Bacon’s Rebellion), “The Impoverishment of the American College Student,” he detailed how institutions of higher education have let tuition, fees, and other costs of attendance race far ahead of the inflation rate over the past 20 years and how the usual excuse—cutbacks in state aid to public education—accounted for only a fraction of the increase. 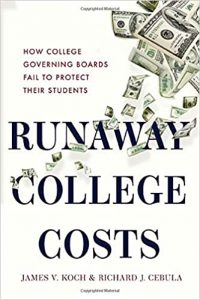 With this new book, Koch and his co-author are delving into the question of how universities’ governance structures have allowed this to happen. Year after year, boards of trustees in universities across the country have rubber-stamped cost increases submitted by school administrators—usually unanimously, and very rarely with any debate or pushback.

But I do take issue with a perspective adopted early in the book, that there is something about elite academic institutions prioritizing enrollment of elite students. As Koch writes: “The salient public policy question is whether it is wise for states to encourage the evolution of institutions…into campuses that are effectively closed to wide swaths of these states’ citizenry.”

Drawing upon a Harvard University Opportunity Insights database, Koch publishes the “Income Mobility Rates” for public universities across the country. This index incorporates two variables: (1) the percentage of bottom income-quintile students admitted to the institution, and (2) the percentage of those students who wind up moving to the top income quintile. By this measure, certain Virginia institutions rank among the lowest in the country.

William & Mary has the lowest ranking among all institutions examined, with a Mobility Rate Index of 0.52. James Madison is 0.75, Mary Washington 0.77, and the University of Virginia 1.46. The average for all U.S. institutions is 2.28—with Old Dominion University (where Koch was formerly president) scoring 2.37. At the high end of the scale are several New York universities with Baruch College leading the nation with a 12.94 score.

Based on Koch’s data, it appears that Virginia institutions do well, if not better, than most in the second measure—helping low-income students rise into the ranks of higher income-earners. But they admit so few poor students to begin with that they still score among the lowest overall in Harvard’s mobility rankings.

Koch argues that this mobility data should be made available to members of governing boards. “These data help paint a picture that describes the extent to which their campuses are vehicles for economic mobility.”

I concur that the data is useful. The more data, the better. The better-informed board members, the better. But Koch and his colleague are making a huge unstated assumption, which they do not acknowledge in their book. That is:

It is the responsibility of individual institutions to become vehicles for economic mobility rather than of state higher-education systems.

It is a preoccupation of modern-day university administrators, steeped in egalitarian ideologies, that their individual institutions must serve all segments of the population.

The system serves every Virginian who wants to enter college. It is a preoccupation of modern-day university administrators, steeped in egalitarian ideologies, that their individual institutions must serve all segments of the population.

To be sure, an institution like W&M or UVa should be welcoming to all races, ethnicities, and socio-economic classes—and, arguably, should aggressively recruit academically qualified members of under-represented groups. But, I would argue, it is not their job to create avenues of economic mobility for academically under-qualified individuals who would displace students—as it happens in Virginia, mostly students of Asian origin—who would benefit more from the challenging academic experience.

Where I would agree with Koch and Cebula, however, is that elite institutions (on average) have increased their tuition, fees, and other costs more aggressively than other institutions simply because they can. Their brand names give them the market power to do so. As a consequence, even adjusting for financial aid, the higher costs create an obstacle for lower-income students who otherwise might qualify to attend. For that, governing boards should be called to account.

Koch and Cebula have a lot more to say in their book. University governance is a huge issue. Indeed, with the controversies roiling UVa, W&M, the Virginia Military Institute, and Washington & Lee (a private university) here in the Old Dominion, one might suggest that governance issues have never been more important.

Editor’s note: This article was originally published on Bacon’s Rebellion and has been slightly modified.

James A. Bacon is founder and editor of Bacon’s Rebellion.

The Problem of Higher Ed and Economic Mobility