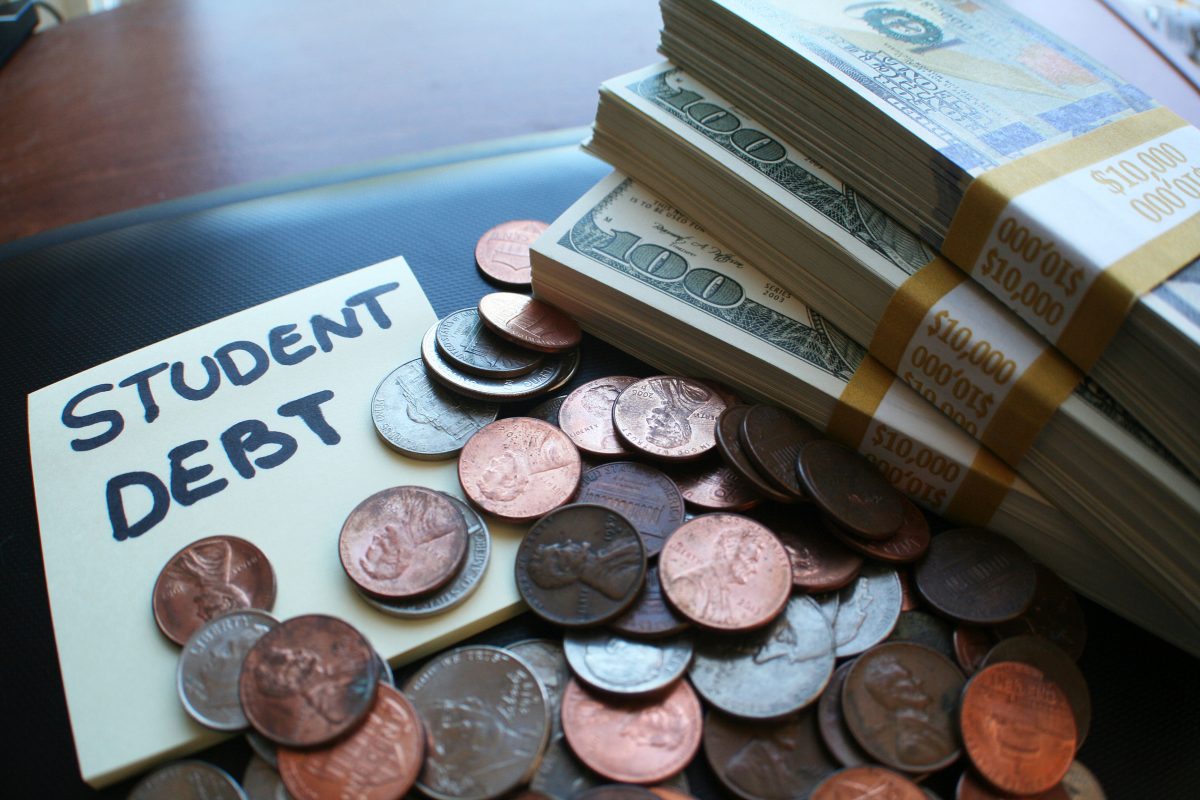 Student debt has a bad reputation. It’s under attack from the left, which sees debt as a ball and chain that ruins the lives of young people who had the audacity to seek a decent education. Many on the right share this dim view of student debt but lay the blame at the feet of a higher-education bubble that cannot get its costs under control.

There’s merit to both of these views. Student debt can sometimes ruin lives, and the federal student loan program has indeed driven bloat and a proliferation of useless degrees. But the truth is more complicated.

While it can cause problems when employed in the wrong way, student debt can also be beneficial when used responsibly. The question is not whether we should eliminate student debt, but how we can ensure it is used only for beneficial purposes.

If the education is worth it—a big if, as we shall see—it will yield an earnings payoff in the future. Debt can help students with a liquidity issue, but it can also harm their career prospects if they take on bad debt.

When is student debt a good thing? “Good” student debt finances credentials that provide adequate value relative to their cost, increase lifetime earnings, and supply students with skills that are useful in the labor market and in life. “Bad” student debt deviates from this ideal in one or more respects. In discussing the “bad” sort of debt, many critics of higher education’s loan dependency have a point. But too often, the condemnation of “bad” debt fails to come with an acknowledgment of “good” debt.

The study found that when students borrow slightly more, they are more likely to graduate college and enjoy higher earnings down the road. There was little quantifiable impact on student loan defaults or homeownership rates: the additional debt was an unambiguous net positive for the students observed. If a student starts college, takes on debt, and makes satisfactory academic progress, it is better to take on more debt rather than drop out.

Student loans provide the extra liquidity students may need to get across the finish line in college. Financial aid grants can help cover tuition, but there are other costs to consider. An unpaid fee or a car repair bill can mean the difference between graduation and dropout. That’s why students in countries with free college tuition, such as Sweden, still typically borrow five figures while in school. Debt can be a useful tool to cover living costs and surprise expenses, not only tuition.

All this presumes that the loans are financing a worthwhile education. In many cases, the value of a college degree is clear. For instance, students who earn bachelor’s degrees in engineering and nursing typically enjoy upper-middle-class salaries right out of college. At the University of North Carolina-Chapel Hill, the typical nursing student earns a starting salary of $58,200, which is more than enough to manage a median debt load of $22,461. These credentials supply students with skills that are directly applicable to important jobs. Society as a whole is better off when students have loans as a tool to finance college education in these fields.

Unfortunately, much student debt often falls short of this ideal.

There are three principal categories of “bad” student debt:

Non-completers are far more likely to default on their student loans, and the frequency at which students drop out means that over 20 percent of undergraduates default within five years. When borrowers default, the federal government is empowered to garnish their wages, seize their tax refunds, lower their credit scores, and add fees and penalties to their balances that can run into the thousands of dollars.

Yet these students were both encouraged and enabled to go to college by the heavily subsidized federal student loan system.

Other students graduate college but find that their degrees were not worth the cost. For instance, studies have shown that the average MBA graduate is no better off financially than he would have been in the absence of the degree.

An analysis by the Texas Public Policy Foundation shows that 30 percent to 40 percent of educational programs leave students with too much debt to justify the wages they earn in the labor market. Even at elite institutions, some degrees leave students with few well-paying job prospects after graduation. For instance, UNC-Chapel Hill students who earn a master’s degree in social work incur median student debt of $54,500 against a starting salary of $42,300; this equates to a debt-to-earnings ratio of 129 percent.

Students in this situation may be able to pay off their loans without defaulting, but they’re still paying too much and receiving too little.

The least visible problem with student debt, and consequently the trickiest to solve, is credential inflation. Subsidized student loans, along with other forms of financial support for higher education, enable more people to get degrees. Unfortunately, this leads employers to expect degrees from job candidates, even when those jobs have not required degrees in the past. Degree requirements lead people to take on student debt and earn college degrees when the needs of the labor market don’t justify it. Even if the borrowers themselves can use the debt to get access to better-paying jobs, the cost of their unnecessary education still acts as a drag on the economy overall.

How can we steer student debt toward its beneficial uses and away from funding noncompletion, low-value degrees, and credential inflation?

Different problems call for different solutions. Colleges should be financially accountable for a portion of student loans that are not paid back, which will encourage them to increase completion rates and de-emphasize low-value majors. There should be limits on the amount students can borrow from the federal government, particularly at the graduate level, to discourage degrees whose value doesn’t justify their cost. Governments and the private sector should invest in alternative credentials, such as apprenticeships and third-party certifications, to knock the expensive bachelor’s degree off its perch as gatekeeper to high-paying jobs.

And when things do go wrong, policymakers should find ways to make paying for education less burdensome, such as replacing debt with income-share agreements.

The federal government issues roughly $100 billion in new student loans every year, and much of that qualifies as “bad” debt. But the total eradication of student debt should not be the goal, since student loans can still be beneficial when used correctly. Instead, the right reforms can turn student debt from a drag on borrowers and the economy into a tool of individual empowerment.

Preston Cooper is a visiting fellow at the Foundation for Research on Equal Opportunity.