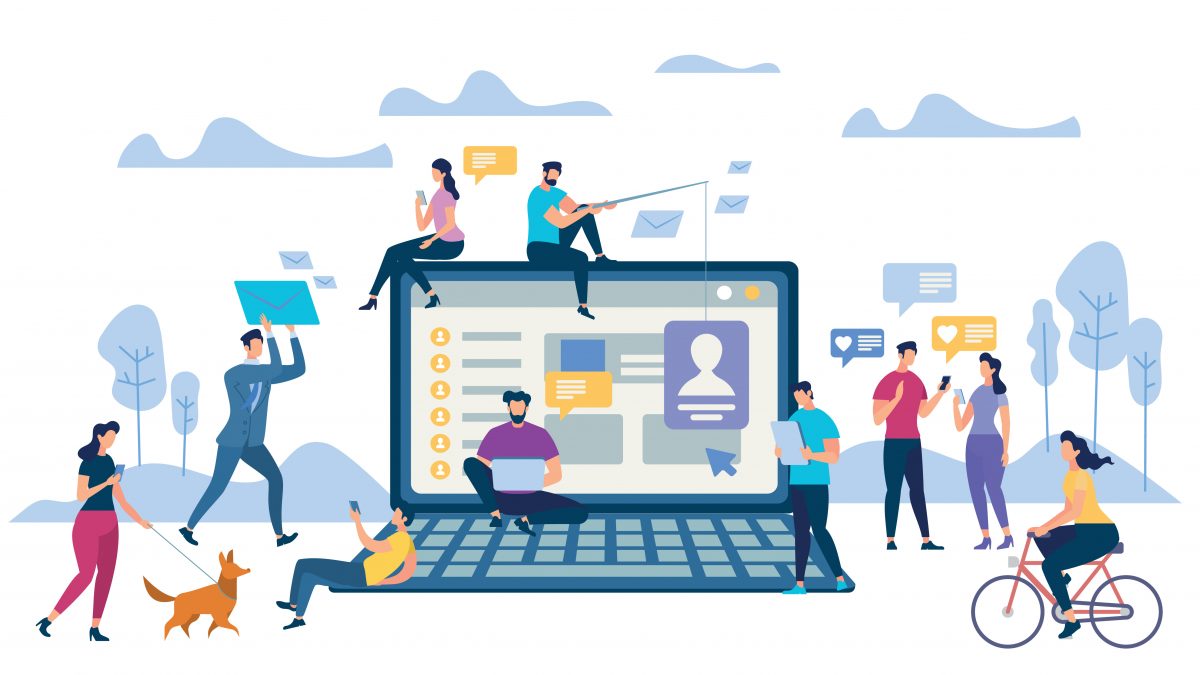 In 1980, Apple founder Steve Jobs called the computer “a bicycle for our minds.” Today, the advent of smartphones gives individuals the power to share images instantaneously with the rest of the world, often accompanied by an admonishment to college-bound students to “watch what you post online.”

That is merited advice, as colleges and universities continue to seek out, surveil, and review the images posted by their current and admitted students. But educational institutions themselves must be held accountable when their review of images leads to actions that violate students’ expressive rights.

Far too often, schools punish their students for the pictures, videos, and images they post online.

At the Foundation for Individual Rights in Education, where I work, we focus on defending student and faculty free speech rights and encouraging universities to uphold those rights, even when it is difficult and unpopular to do so. With increasing frequency, we see colleges and universities failing to adhere to their free speech obligations.

For example, just this summer, FIRE criticized Fordham University for punishing a student over an Instagram photo memorializing the Tiananmen Square massacre which featured the student holding a firearm. For this display of political expression, Fordham found the student responsible for violating university policies on “threats/intimidation,” earning the student disciplinary probation and a ban from campus, campus athletics, and leadership roles in student organizations. Fordham also required the student to take bias training and write a letter of apology.

In an eerily similar case at Long Island University-Post in 2018, the university summoned a student back to campus from his summer break to answer for posting a photo of his legally obtained firearm. Like at Fordham, there was no evidence the student posed a threat to anyone, yet that did not stop the university from investigating his clearly protected expression.

In those cases, and others like them, colleges woefully misconstrue the standard by which expression loses its First Amendment protection as a “true threat.” Although private institutions like Fordham and LIU-Post are not bound by the Constitution to uphold freedom of speech, they pledge in their official policies to grant students rights consistent with First Amendment standards. Under those standards, only those statements demonstrating “a serious expression of an intent to commit an act of unlawful violence to a particular individual or group of individuals” qualify as an unprotected threat.

Without even a rudimentary showing that a student intends to commit violence, a university should not presume that students’ expression—especially in the form of a picture—meets the high bar of a true threat.

This ignorance of free speech principles was on full display at George Washington University last year. After a Snapchat surfaced online showing two students joking about bombing Israel and laughing during the entire seven-second clip, which was overlaid with the caption “Hot Girl Rosh Hashanah,” the university called the local police and FBI, apparently believing that two college students have the capacity to wage war against a foreign country. Without any indication that the video was anything other than a hyperbolic exchange between friends, the university’s investigation casts a profound chilling effect on student expression.

Perhaps the most callous disregard of what constitutes a true threat occurred at Valdosta State University, where then-president Ronald Zaccari expelled a student in 2007 for posting a collage on Facebook depicting Zaccari, a parking deck, and the caption “S.A.V.E.-Zaccari Memorial Parking Garage,” in protest of the environmental impact of Zaccari’s plan to build a parking garage on campus. Without a hearing, Zaccari found that the student’s posed a “clear and present danger” and immediately evicted him from campus. It took more than eight years of litigation to vindicate the student’s rights after Zaccari’s stunning failure to understand basic First Amendment principles.

Nor are graduate students spared from university discipline for their photos. Administrators at Cooper Medical School of Rowan University filed a “Professionalism Intervention Report” against a medical student in 2017 for her Instagram photos of her wearing a white medical coat and posing topless on a beach in Europe. In their meeting with the student, administrators recommended that she “stop posting” or at least ask her then-fiancé for a “second opinion” on her posts, before finding her responsible for violating the university’s social media policy.

Some universities do get it right—the State University of New York at Geneseo, for example, correctly decided that, as a public institution bound by the First Amendment, it cannot discipline students who reference blackface on Snapchat. Although the university did launch an investigation into the expression in the face of tremendous pressure to expel the offending students, SUNY-Geneseo’s accurate conception of its limited powers is a welcome sight. However, it should not require a letter from FIRE for a public school to adhere to its Constitutional obligations.

When confronted with racism in their educational communities, universities are not powerless. The First Amendment only limits the types of punishment they may inflict—it does not shield students from, for example, criticism by fellow students, faculty, and the institution itself or from consequences from non-university actors. The answer to distasteful speech is more speech, not censorship. Universities may not sacrifice their students’ rights on the altar of combating institutional racism.

As universities come under increasing pressure by members of their educational communities and others online to expel students who post offensive, hateful, or controversial images online, they should be mindful of their obligations to uphold student free speech rights. FIRE’s message to these institutions is the same as that of the Supreme Court in its 1973 decision Papish v. Board of Curators of the University of Missouri.

In Papish, the Court heard the case of a University of Missouri student newspaper editor expelled for publishing the headline “Motherfucker Acquitted,” and reprinting a cartoon depicting policemen raping the Statue of Liberty and Goddess of Justice, darkly captioned “With Liberty and Justice for All.” In finding for the student, the Court pronounced that “the mere dissemination of ideas—no matter how offensive to good taste—on a state university campus may not be shut off in the name alone of ‘conventions of decency.’”

Today, university officials must heed the words of the Supreme Court and uphold the free exchange of ideas—and images—on- and off-campus.

For students, forewarned is forearmed: Knowing one’s rights is the first step to challenging unlawful university action. When universities launch investigations, summon students into mandatory meetings, or curtail any rights or privileges over a student’s photographic expression, students should remain skeptical of the school’s proffered justification for such actions, especially when they’re based on the allegedly offensive, controversial, or threatening character of the expression.  Students must remain cognizant of their rights and vigilant when schools seek to restrict their expressive freedoms.

Sometimes it does require lawsuits to hold universities accountable. The aforementioned litigation at Valdosta State University resulted in a $900,000 settlement for the student. Another lawsuit against the Los Angeles Community College District resulted in the district revising several severely restrictive policies on student expression. Students should not have to take schools to court to realize the full extent of their Constitutional rights.

At the end of the day, it is universities, not their students, that have access to billion-dollar endowments, teams of lawyers to interpret the law, and hundreds of administrators to write and apply institutional policies. University leaders need to develop a greater understanding of the limits of their powers to punish students for their expression. We are happy to work with administrators to craft speech-protective policies toward this end.

Zach Greenberg is a program officer at the Foundation for Individual Rights in Education.

Censoring a Thousand Words: Universities Must Cease Punishing Students for Their Online Pictures