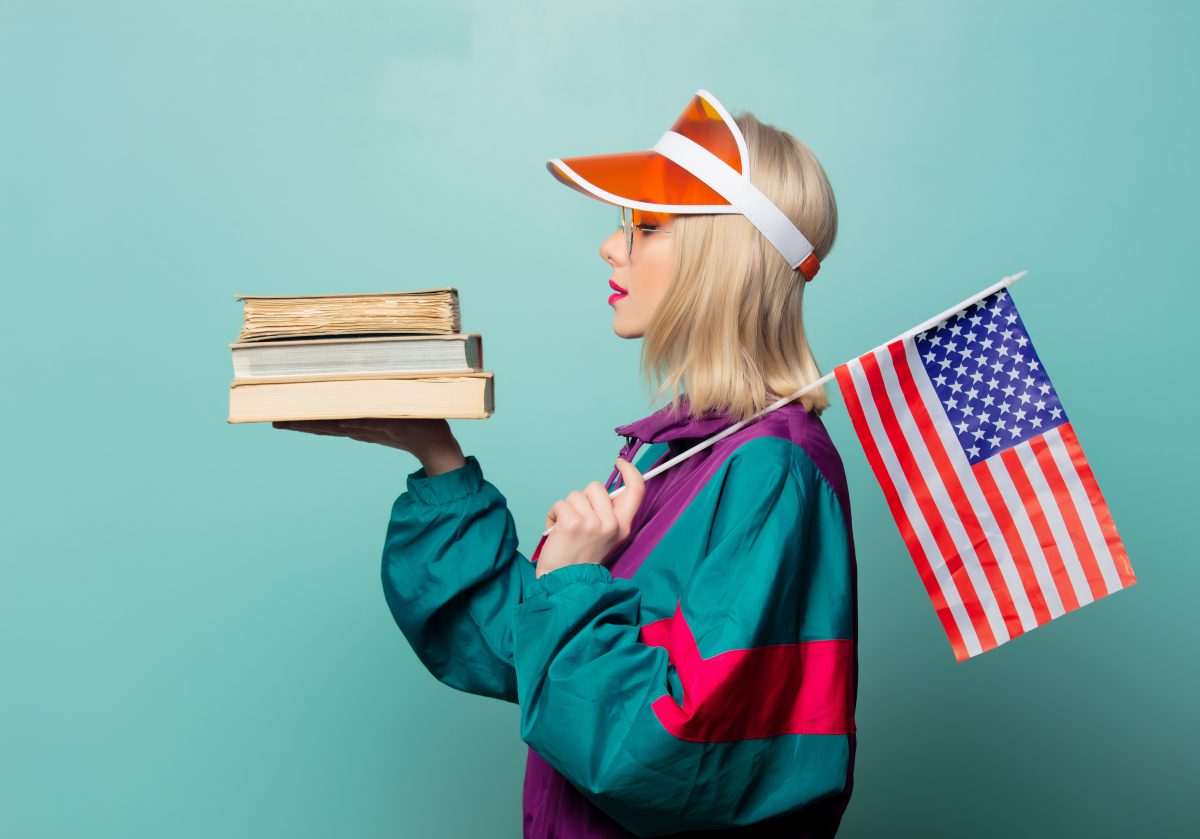 America’s system of education has failed in one of its most important goals: forming future generations of American citizens.

This is particularly true in higher education, where students are encouraged to become “global citizens” instead of Americans. At many of our institutions of higher learning, character education has been replaced by moral relativism at the same time that rigorous academic standards have given way to a mentality of “college for all.”

We are seeing the results of our education deficit now, as rioters tear down statues that commemorate not only the former Confederacy, but America’s founding fathers, abolitionists, and former presidents.

In a new book from Templeton Press, 20 conservative thinkers articulate their vision for halting this trend. How to Educate an American: The Conservative Vision for Tomorrow’s Schools focuses mostly on K-12 education. The entire book, edited by Michael J. Petrilli and Chester E. Finn, Jr., is a must-read for education reformers—even those who work most closely with colleges and universities.

Its four sections address “History, Civics, and Citizenship;” “Character, Purpose, and Striving;” “Schools, Family, and Society;” and “Renewing the Conservative Education Agenda.” According to the publisher, the book is targeted at anyone who wants to teach future generations to “preserve the country’s heritage, embody its universal ethic, and pursue its founding ideals.”

A chapter by Robert P. George, entitled “What Causes—and What Might Cure—Illiberalism and Groupthink in Education?” focuses on higher education’s role in creating our current predicament. George is the McCormick Professor of Jurisprudence and Director of the James Madison Program in American Ideals and Institutions at Princeton University. His work promoting civil discourse has given him insight into the particular problems on college campuses.

George begins by acknowledging that the politicization of the academy is a “grave threat” to universities’ “three fundamental purposes: the pursuit, preservation, and transmission of knowledge.” Politicization, he says, manifests itself in disinvitations and shout-downs of campus speakers, the failure of schools to host heterodox speakers at all, and the absence of opportunities for students to engage with “competing perspectives and points of view.”

It is a scandal when students graduate from a liberal arts program—or any educational program at any level—with no understanding (or, worse yet, grotesque misunderstandings) of the arguments advanced by serious scholars and thinkers who dissent from campus orthodoxies on [important] issues.

The cure for campus illiberalism is the return to “certain virtues, including open-mindedness, respect for what John Stuart Mill called ‘liberty of thought and discussion,’ intellectual humility—humility of the sort one can possess only insofar as one accepts one’s own fallibility—and love of truth.” These virtues must be taught, says George, and it is the university’s responsibility to do so.

Ensuring that there is viewpoint diversity on campus is a practical approach to ensuring that students learn at least some of the aforementioned virtues. George offers excellent examples from his own experience of ways that universities can introduce dialogue “across the lines of ideological and political difference.” The positive models George cites include the classes he co-teaches with his friend and intellectual adversary, Cornel West, and the James Madison Program at Princeton.

But how can viewpoint diversity and open debate be introduced at a university where groupthink and illiberalism are already the norm? Because, as two other chapters in the book hint, groupthink is already the reality on many campuses. (“Irradiating the Past” by Jonah Goldberg and “History: Critical and Patriotic” by Eliot A. Cohen describe the damage that has been done by groupthink—and other ills—within the academic historical community.)

George admits that “how” is a difficult question to answer:

Part of the problem, of course, is that once groupthink has taken hold, those who are caught up in it don’t recognize the problem. When was the last time you met someone who said, “Yeah, you know what? My problem is that I’m caught up in groupthink. I tend to just think what everyone else around me thinks.”

This is the weakest part of George’s otherwise excellent contribution to How to Educate an American. He relies on impassioned pleas to his “friends in academia who are on the progressive side of the political divide” to speak up against viewpoint discrimination. He also implores “teachers, administrators, school board members, [and] parents” to teach children, especially high school students, that people of goodwill can and do disagree on many issues so that college students are ready to encounter viewpoint diversity when they arrive. George ends his chapter with a recommendation that K-12 schools return to an old model: teach the facts. Give students a fund of basic knowledge to inoculate them against bias and groupthink in higher education.

These solutions are laudable—and would almost certainly work if anyone actually put them into practice. But many of our public and private institutions across the country have demonstrated that they are either unwilling or unable to do so. Private philanthropy (which is addressed in chapter five by Adam Meyerson and Adam Kissel) has seen some success, but can only do so much. Policy change is needed.

Bill Bennett’s capstone chapter, “Rebuilding a Conservative Consensus,” recognizes this essential challenge. “We must translate our ideas into real-world policies if we are able to help lawmakers enact real change,” he writes.

Together, the book’s authors and editors articulate the great need for reform at all levels of American education and present a compelling vision of what education might look like if everyone involved—from policymakers to parents—finds the political will to do it.