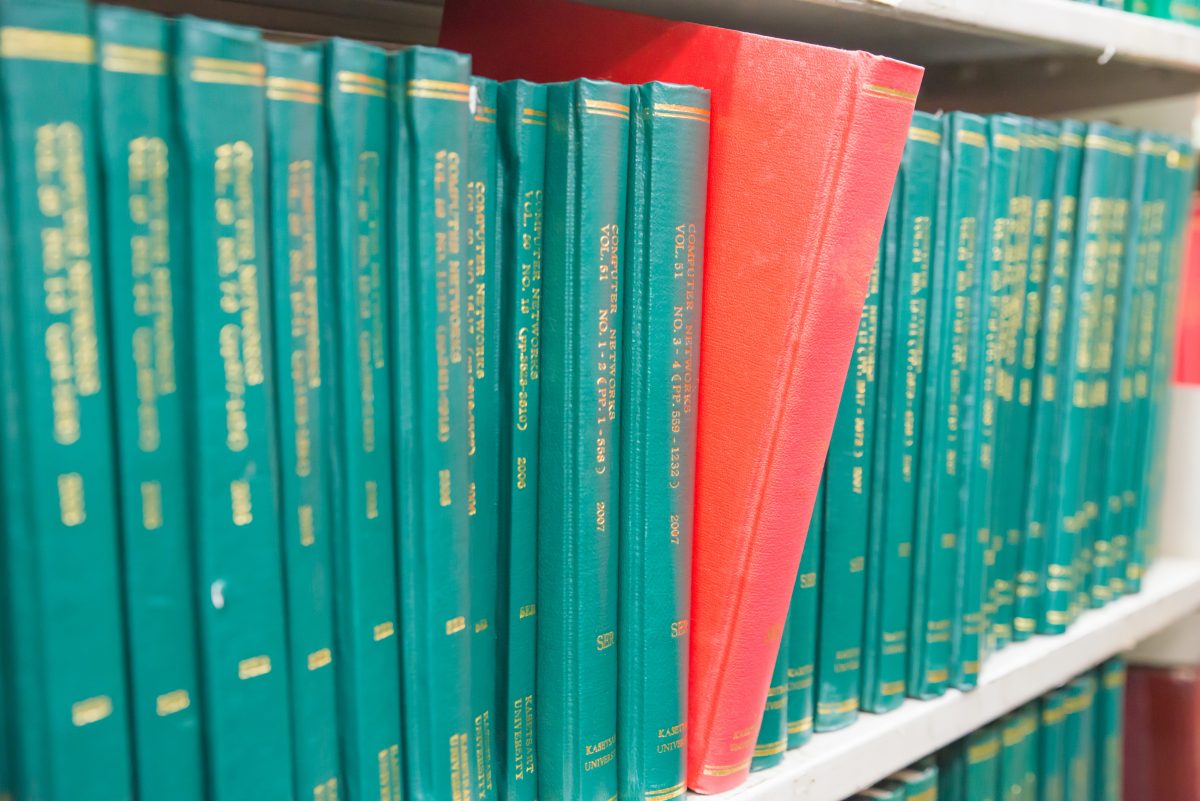 Academic freedom is under assault by people who want to control research and speech. One of their strategies exploits the gatekeeping functions of journal editors to censor unpopular ideas.

The leading open-access journal in the field of intelligence research, the Journal of Intelligence, has a policy listed on its website since 2018 that states, “The journal will not publish articles that may lead to or enhance political controversies and the editors will judge whether that is the case.” In other words, the journal’s editors will reject manuscripts that could be politically controversial—regardless of the quality of the science.

On May 15, 2020, two colleagues of mine received a desk rejection from the journal stating:

It is an estimate from my part that your article may lead to or enhance political controversies. I believe that the motivation as described in the introduction of your manuscript and the mixed language (performance, skills, cognitive ability, cognitive competency, IQ) used to refer to the findings may lead to interpretations and conclusions which are politically controversial. This is neither an evaluation of the quality of your work (which would require a scientific review process), nor am I saying that your results should not be communicated in some way. However, in my estimation, the manuscript as submitted does not fit with policy of the journal.

The manuscript reported average cognitive test scores among different ethnic groups in a sample of 83,155 British adults. The authors (Bryan Pesta and John Fuerst) obtained data from six nationally representative samples of native-born British and immigrant examinees to estimate the magnitude of the differences in test performance.

Regardless of what one thinks of this research topic, to summarily reject the manuscript because it might cause controversy is censorious, subjective, and an obstruction to the pursuit of knowledge.

Desk rejections are certainly within the purview of a journal editor’s duties, especially when manuscripts do not meet minimum standards of scholarly quality for the journal (e.g., small sample sizes, invalid measurements). Additionally, some non-scientific considerations (such as page limits, publication budgets, and legitimate limits on a journal’s scope) can influence publication decisions. Those parameters foster scholarly communication by ensuring quality and a match between the journal’s articles and its readers’ interests.

However, when a decision is based on non-scientific considerations that do not foster open scholarly communication, this is censorship.

The editor who rejected Pesta and Fuerst’s manuscript explicitly stated that the rejection came from the decision to avoid political controversy. The censorious nature of this policy and decision is obvious: By prioritizing political tranquility over scientific truth, the editors robbed the scientific community of the opportunity to evaluate the data for themselves and arrive at their own conclusions

Perhaps the editor felt he was doing the scientific community and perhaps the community at large a service by protecting it from this potentially harmful scholarship. But this could also be viewed as a paternalistic abuse of power that lets the editor decide what information other people can handle.

It is acceptable for an editor to desk-reject manuscripts that lack sufficient detail for a study to be replicated, or if the statistical results are mathematically impossible. In these cases, there is no harm to scholarly communication because standards can be applied uniformly and without regard to the manuscript authors’ conclusions.

However, when quality standards are adjusted so that controversial, unorthodox, or disfavored conclusions are held to a higher level of scrutiny than favored ideas, then this becomes a backdoor censorship procedure.

This method of censorship may be tempting to editors because it has the appearance of scientific rigor—and can be easily disguised as such. But having unrealistically high standards of quality for controversial work can produce the same outcome as an outright ban.

Differing standards of quality result in a distorted body of literature where socially favored findings are published more often and in more prestigious journals while controversial or disfavored results are marginalized to low-level journals and non-peer-reviewed outlets, such as blogs and pre-print servers. That biases the literature (and thus perceived empirical truth) to appear more politically palatable than is warranted by actual reality. Moreover, it is possible that a systematically biased science might also create political conflict, making such censorship attempts self-defeating.

Beyond the censorious nature of the policies that prioritize non-scientific considerations when evaluating scholarly manuscripts, such policies are wholly subjective.

What are the standards for whether a manuscript “may lead to or enhance political controversies?” How will the editors—who are human and cannot know the future—make such a determination? Which topics are sufficiently controversial and what is the minimum standard for the level of controversy that warrants censorship? At what point does avoiding controversy become enforcing groupthink?

The desire to avoid controversy is not a valid motive for editors to reject a manuscript—at least not for a scholarly journal that seeks to promote the truth.

Indeed, the Journal of Intelligence’s archives show that the policy has not been applied consistently. A study about score gaps on achievement tests (frequent proxies for intelligence tests) among demographic groups in Brazil was published in February 2019. A study published three months later showed sex differences on various tests and a variability difference favoring males; similar results in other studies have led to controversy at other journals. Another article reported higher test anxiety among Hispanics than whites and examined how test anxiety can have differential effects on these two groups.

It is not clear why those articles were deemed non-controversial and worthy of publication while Pesta and Fuerst’s manuscript was too controversial for peer review—let alone publication.

Finally, a policy that seeks to avoid controversy before publicizing the truth is problematic because it privileges the status quo. If editors avoid publishing about political controversies, it makes a journal complicit in perpetuating poor policies or even an undemocratic dictatorship. Politically inconvenient findings that could function as a catalyst for change and a better society would be suppressed because of the aim to “avoid political controversy.”

Applying the Journal of Intelligence’s policy to a totalitarian country shows the problem clearly. This is not merely a theoretical exercise. The Journal of Intelligence is owned by the publisher MDPI. While the company’s headquarters are in Basel, Switzerland, the publisher has four offices in three Chinese cities. It is legitimate to wonder whether the communist regime in China can pressure MDPI in order to censor dissent under the guise of avoiding controversy.

The desire to avoid controversy is not a valid motive for editors to reject a manuscript—at least not for a scholarly journal that seeks to promote the truth. While there are legitimate non-scientific reasons to reject manuscripts, editors should apply these standards uniformly and ensure that such considerations foster scholarly communication.

But I fear that editors who wish to control the dialogue in their fields will take the wrong lesson from this example. This controversy erupted because the staff at the Journal of Intelligence was forthright about why Fuerst and Pesta’s manuscript was rejected. If the editors had instead claimed that the manuscript was rejected because of a lack of methodological quality, then no one would have ever known about their censorious behavior.

Hopefully, the editors will not decide that the controversy occurred because they “said the quiet part loud and the loud part quiet.” If my analysis moves the censorship underground, then scholarly inquiry will be damaged and distorted further.

I call on the editors at the Journal of Intelligence—and all scholarly journals—to disregard any potential for controversy when evaluating work submitted to their journals. Controversy is often the price for scholarly knowledge.

Moreover, controversial topics may be the ones most in need of scholarly examination so that controversies can be put to rest, and societies can progress and develop empirically based policies. As Tong and von Hippel (2020) stated, “…The history of discovery is also the history of the world becoming safer, healthier, and richer…There is no reason to believe that we are at a unique discontinuity in human history, whereby future discoveries will have more cost than benefit.”

While the desire to avoid controversy is understandable, it is a goal that can hinder discovery and withhold or delay the benefits of scientific knowledge from those very societies that editors believe they are trying to help.

Russell T. Warne is an associate professor of psychology in the Department of Behavioral Science at Utah Valley University.