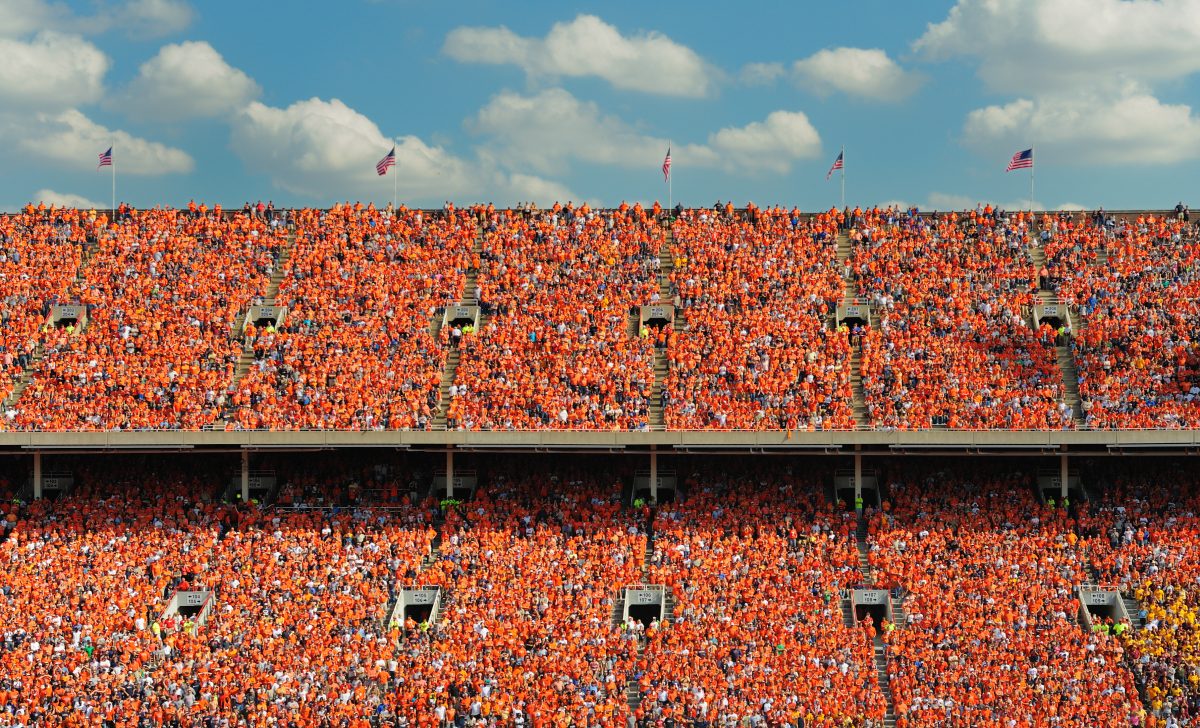 Without revenue from the NCAA Final Four tournament and other sources of income, it is clear that the intercollegiate athletics industry faces difficult choices from the consequences of the coronavirus. College sports will confront a continuing crisis until adequate testing is in place, along with social distancing at athletic events, or a vaccine is created.

In essence, every college athletic director must have a plan that anticipates reduced or canceled 2020-2021 fall and winter sports seasons, along with reduced institutional and student fee subsidies. Thanks to declining enrollment, the 98 percent of all athletic programs that require significant subsidies to operate will suffer from austerity measures.

Athletic departments cannot be treated as a sacred cow anymore and must share in this economic burden.

Even if the pandemic didn’t occur, higher education was already facing drops in enrollment thanks to lower birth rates and other options beyond the traditional four-year university. Tuition dollars and mandatory student athletic fees are tied to enrollment, and the future is not bright in that area.

Couple this reality with the NCAA’s decision to allow schools to determine if they can grant 2020-2021 scholarships for athletes whose sports are now canceled, and we must conclude that the financial future for intercollegiate athletics is more precarious than it has been in years. It is far better to show foresight and expect a downturn and be wrong than to create false hope.

The most obvious action of cutting sports programs, however, isn’t always the wisest option.

It is critical for universities to resist shortsighted solutions such as dropping non-revenue sports programs under the guise of fiscal responsibility. There are many other areas to cut and, candidly, should be cut before any sports are eliminated. It is time for athletic departments to adopt a framework of what they need versus what they want. Dropping sports is not a financial panacea by any stretch and can backfire by alienating alumni and hurting enrollment.

Old Dominion University’s recent decision to drop its successful wrestling team, for example, carries a high risk for a backlash. Even without an imminent financial crisis, terminating a sports program ignites the wrath of hundreds of former players who are now donors. It can spark a local or national media investigation into excessive coach salaries, lavish facilities, and wasteful expenditures. It can also muddy a college’s brand by bringing a negative light on leadership.

It is a much better strategy to reduce the funding of a sports program than to announce its demise before taking other needed financial steps. While no schools have announced moves like this, there has been discussion for greater regional competition versus widespread national competition to reduce costs.

All institutions should consider a “students first” approach: Commit to retaining all sports with no reductions in scholarship commitments. That commitment should also avoid staff layoffs and protect services that directly benefit athletes (such as athletic training, insurance, medical expenses, and academic support).

In addition to scholarships, the other big items in athletics spending are salaries and benefits, travel costs, and capital projects. The largest savings will come from salary reductions—which will require a more aggressive approach but can be done.

Many institutions have already started to do this by eliminating administrative positions and targeted furloughs. Somewhat surprisingly, even highly paid coaches are volunteering to return funds and turn down bonuses to help in the crisis. Recent aggressive actions by Iowa State University, Louisville, Boise State, and other institutions to reduce salaries is the right thing to do.

However, additional salary actions should be pursued, given that most athletic department personnel are at-will employees and not protected by contract terms. College leaders could:

This is not a time to do nothing. Consider the public’s respectful response if more head coaches donate a portion of their salaries to fund athletic scholarships. While there are CEOs of major corporations in the seven-figure salary range foregoing their entire salaries, the athletic community also needs to step up to assist in this crisis.

It is commendable that Pete Garcia, the athletic director at Florida International University, has decided to forgo his entire $400,000 salary for one year. There are many that have been getting the spoils of a robust college athletic marketplace for decades and are in a position to ensure college athletes do not lose an opportunity.

We need leaders right now to make a strong stand consistent with the NCAA’s mission of supporting the personal investment and sacrifice of so many college athletes.

Now is a time for college sports programs to recalibrate financially.

Those same administrators and college presidents can stop the madness of an uncontrolled arms race and reset college athletics as a better part of higher education rather than a profit-driven machine with little concern for educational primacy.

There is no doubt that some of these suggestions are very tough—but most university academic departments face the same tough choices. Athletic programs must reject any stance that maintains they are too important to suffer the sacrifices that every other aspect of higher education is about to endure.

Providing multi-million-dollar coaches’ salaries, bonuses, and contract buy-outs can be controlled. The building of lavish, athletes-only facilities and excessive recruiting expenses can be controlled, too. The old saying, “never waste a good crisis” applies to college athletic finances more than ever.

Now is a time for college sports programs to recalibrate financially and reassess their place in higher education post-COVID-19.

For the future, schools will have to make tough choices. Unwise cuts to sports teams could alienate donors and damage enrollment by eliminating tuition-paying college athletes. Trying to move forward without changing priorities, though, could short-change athletes and fellow students. There are risks either way, but keeping the athletes and their opportunities as the No. 1 priority is the best available option and the best decision driver for policymakers in intercollegiate athletics.

B. David Ridpath is an associate professor of sports business at Ohio University and interim president of The Drake Group.