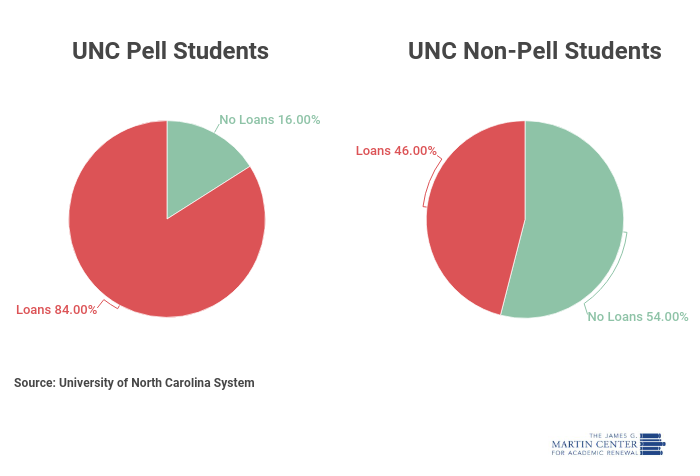 Of students who do take out loans, UNC Pell Grant students also tend to have higher levels of debt. On average, Pell students borrow $3,000 more in loans than non-Pell borrowers.

That average holds true when comparing groups of students who did not graduate and those who did graduate.