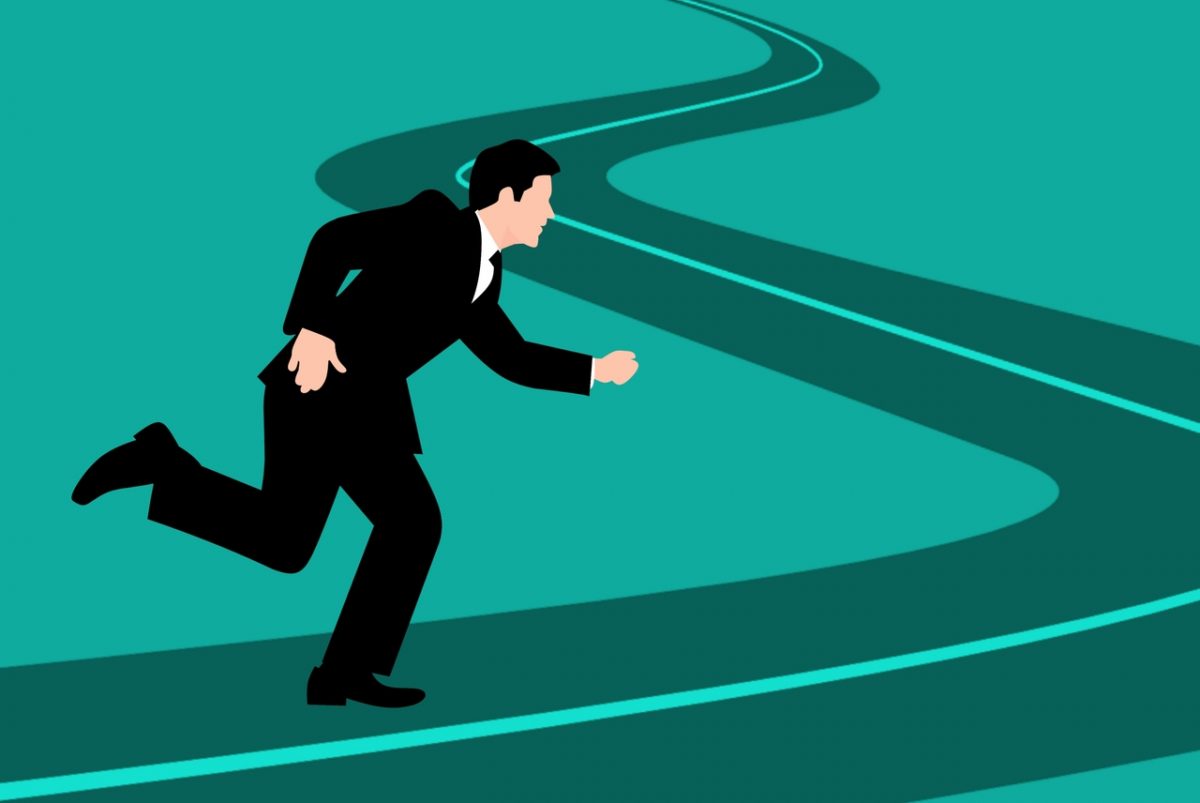 College sports are a gigantic entertainment business that have nothing to do with the missions of the schools. Frequently, the highest-paid employee of a school is the football or basketball coach, and the athletics budget is hugely subsidized by fees paid by financially strapped students. Players who read and write at a middle-school level (if even that) are recruited to help teams win, but the academic work they do is laughable. Schools rack up big debts trying to win glory on the gridiron or court, even if it means scrimping on faculty salaries and building maintenance.

How did this lamentable state of affairs come about?

To find out, the book to read is Intercollegiate Athletics, Inc. by professor James T. Bennett. He has researched the history of college sports in America, starting with the earliest days (when contests were organized and run by students for their own enjoyment) up to the latest scandals and perversions. He explains how the sports juggernaut gathered force (first football, later basketball) and recounts the various efforts (mostly unsuccessful) to stop or at least slow it. And perhaps most usefully, he points out that the high cost of college sports falls mainly on students through mandatory fees—a tax on education that goes to benefit a pampered few.

If you’re bothered by the fact that, as the author reports on a recent study, Division I schools (the top level in the NCAA’s hierarchy) spend three to six times as much on athletics per athlete as they do on academics per student, then this is a book you’ll want to read.

The first intercollegiate sporting competition was not football, but rowing, when the Harvard and Yale teams met in 1852. Football started to gain popularity in the 1870s when students began organizing games between rival colleges. By the turn of the century, football was big. Winning had become so important that teams routinely brought in “ringers,” which is to say, good players who weren’t students at all. Injuries were common.

The first college presidents to speak out against this spectacle were Charles Eliot of Harvard and Nicholas Murray Butler of Columbia. Eliot criticized the “immoderate desire to win” that led to cheating and the militaristic aura surrounding football. At Columbia, Butler decided to abolish football in 1905, calling it an “academic nuisance” that interfered with studying. Butler’s abolition lasted only a decade, however.

From the Northeast, football soon spread to the South and the Midwest, where the problems identified by Eliot and Butler grew apace. One academic leader who tried to tame football’s malign influence was UNC president Frank Porter Graham. In 1935, he drew up a proposal to ban the recruitment of players and any preferential treatment of athletes in the awarding of scholarships, jobs, or loans.

How well was Graham’s proposal received? Bennett quotes him as saying that his critics “opened up with machine guns, and in some cases poison gas.” Attacked by alumni and many of the politicians who voted for UNC appropriations, Graham backed down quietly. Although he served until 1949, he never again attempted to do anything about the growing tumor of college football. 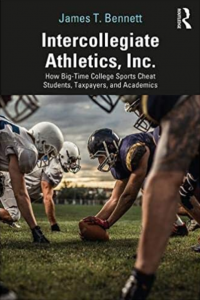 In the Midwest, the University of Chicago was king of the football realm in the 1920s and 1930s. The university’s president, William Rainey Harper, hired the famous coach Amos Alonzo Stagg and gave him carte blanche to win. Stagg did exactly that. His methods were often unscrupulous, but the “Monsters of the Midway” became a powerhouse. But when Robert Maynard Hutchins was named president in1929, he was extremely unhappy with the situation. He thought that sports should be merely an ancillary function of a university. “A college racing stable makes as much sense as college football,” he said.

Under Hutchins, Chicago instituted a rule that football players had to take the same courses as all other students, and that pulled the rug out from under Stagg’s mighty team. By 1939, it was a doormat, losing by such scores as 61-0 to Harvard and 85-0 to Michigan. At the end of that season, Hutchins announced that Chicago would drop intercollegiate football.

In a speech to the students, he explained his reasons: “I hope that it is not necessary for me to tell you that this is an educational institution, that education is primarily concerned with the training of the mind, and that athletics and social life, though they may contribute to it, are not the heart of it and cannot be permitted to interfere with it.”

To the saga of Chicago football, Bennett adds this humorous ending: “The Maroons locker room would be converted to house the Manhattan Project, giving a new meaning to the phrase long bomb.”

We learn that several other universities have also dropped football, including the University of Seattle and the University of Denver. Getting out of that costly extravaganza is feasible, although a university president who proposes it must be ready for fierce opposition.

Consider the tale of Ray Watts, president of the University of Alabama at Birmingham (UAB). Football is almost a state religion in Alabama, but UAB wasn’t very successful and program costs were heavily subsidized by student fees and the university’s general budget. In 2014, looking at a bleak financial picture, Watts decided that the money football was absorbing would be better spent on academics and announced that the university was dropping the sport.

Getting out of that costly extravaganza is feasible, although a university president who proposes it must be ready for fierce opposition.

Poor President Watts—he hadn’t counted on the ferocious opposition to his pro-academic priorities. He was roasted in the press, excoriated by the alumni, and even the faculty lashed out with a vote of no confidence. To save his hide, Watts reversed field. After a fundraising drive brought in $20 million, he announced that football would be back in 2017. It is back, and so are the high costs.

On the other hand, if a college president wants to add big-time sports or move up to a “higher” conference, he’ll find plenty of support. He can hire consulting firms to produce “research” that will demonstrate how a sports move will have great long-term benefits. In such studies, the costs are always downplayed while the supposed benefits (such as increased school loyalty) are hyped.

This has “worked” at a number of schools, including UNC-Charlotte. In 2007, chancellor Philip Dubois decided that his school’s reputation would soar if it started playing top-level football. He got his way. Millions were spent to build the necessary stadium and hire the coaches. Student fees went from an already lofty $1,160 per student to $1,648. Since starting play in the Sunbelt Conference in 2008, UNCC teams haven’t won many games, but even if they had, is there any reason to believe that the institution would be the least bit better? Bennett doesn’t think so.

But sometimes common sense prevails and the idea of boosting school prestige through sports is shot down. One such case was at another UNC institution, Winston-Salem State. The administration foolishly committed to moving up to NCAA Division I in 2007. But three years into its transition, a new chancellor concluded that the cost, which included $10 million in facility upgrades, was not justified and the school went back to competing in Division II. No sense in throwing good money after bad.

Bennett’s penultimate chapter explores the way women’s sports have followed the ruinous path of men’s athletics, beginning in the 1970s. That topic merits a separate article.

And that brings us to the ultimate chapter: “Reform—or Renewal?”

Bennett is not optimistic that college sports will change for the better. Few college presidents have the backbone for a fight with the entrenched athletics establishment, the faculty is generally not interested in battling it, and hardly any students care much about the cost that athletics adds to their bills. How about federal intervention? Bennett mentions some legislative ideas that have been floating around Congress but isn’t enthusiastic about any.

How about paying college athletes? Bennett gives that idea the back of his hand. He writes, “If college football and basketball players do join the ranks of the officially salaried, we will have the strange spectacle of ordinary students paying increased fees in order to subsidize not just the education but the livelihoods, the salaries, of their far more feted and celebrated sports-playing fellow ‘students.’ And if you pay those who play revenue sports, the big-time sports factories may need to shutter non-revenue sports, which would run afoul of Title IX.”

If you read Intercollegiate Athletics, Inc. you’ll be convinced that we have a serious problem, but also that it’s a problem with no evident solution.

College Officials Should be Responsible When They Violate People’s Rights

How ‘Experts’ Abused Science to Saddle America with the Microaggression Mania