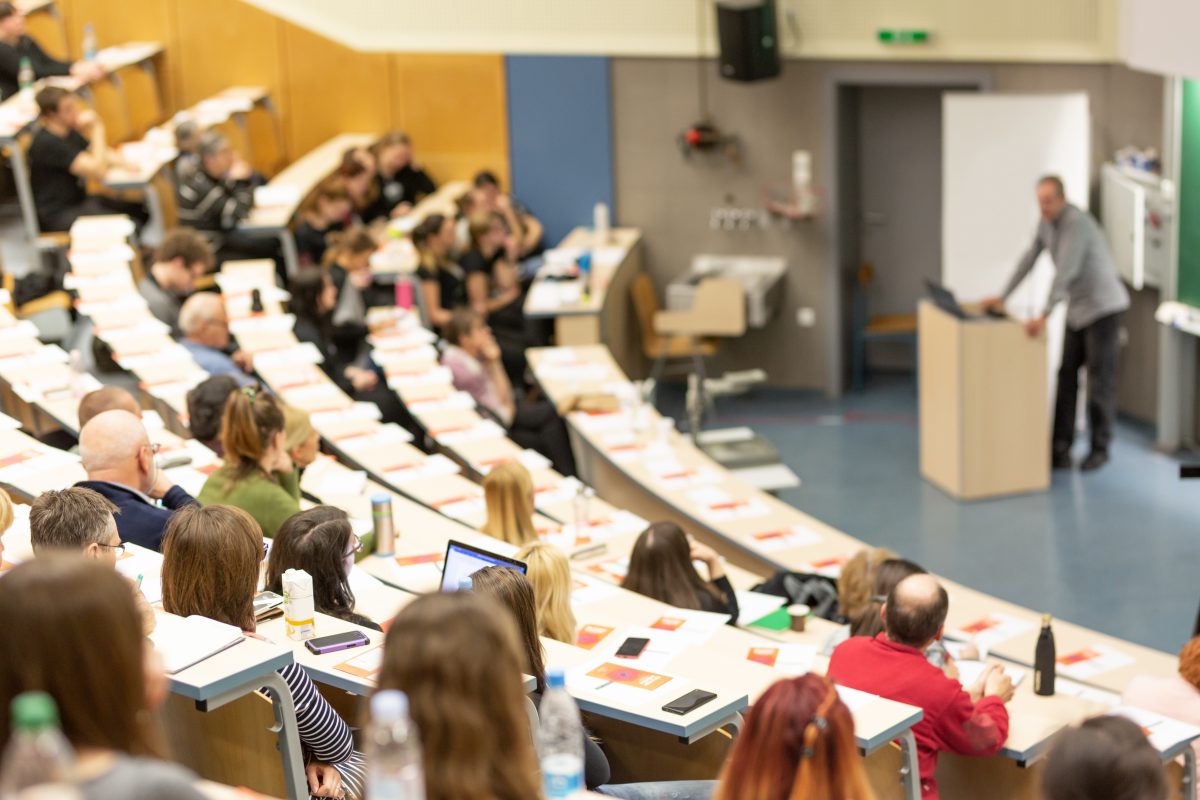 Professor John Ellis has served on college faculties since 1963 and is now an emeritus professor at the University of California-Santa Cruz. He has witnessed enormous changes in higher education over his years and he finds those changes to be deplorable.

In his new book The Breakdown of Higher Education, Ellis explains how our system was subverted, why it matters, and what it will take to put it back on the proper track.

Americans, Ellis observes, used to have almost unlimited confidence in our colleges and universities. They were expected to provide advanced learning for serious students and a forum for the discussion of important national issues, which they did. Higher education simply wasn’t controversial; few books were written about it and hardly anyone offered harsh criticism.

Today, however, many people are deeply distressed at the state of higher education, mainly because it has become terribly politicized. Ellis writes that “advocacy has now replaced analysis as the central concern of the campuses” and says that “this rot has been growing for decades and appears to have reached a point of no repair.” He provides plenty of evidence to back up his charge that radical politics has become the dominant force at many schools.

One case Ellis highlights is that of Professor Bruce Gilley of Portland State. Gilley, a political scientist, wrote an article that was published in an academic journal, in which he argued that colonialism had some beneficial consequences for native peoples. That is certainly a debatable proposition and any scholar who read his paper would have been perfectly free to respond with counter-arguments. In an earlier day, that is all that would have happened.

But rather than arguing against Gilley, an outraged academic mob immediately demanded that his paper be suppressed.

More than 10,000 professors signed a petition demanding that the paper be withdrawn, and the journal’s editor even received death threats. Under severe pressure, the journal did retract the article (but in the spirit of academic freedom, the National Association of Scholars has republished it).

About the Gilley affair, Ellis writes,

What was truly astonishing about this episode was that here were literally thousands of people with professorial appointments who completely rejected the idea of academic thought and analysis.

Yes, it is astonishing that so many professors would resort to intimidation rather than reasoning when faced with something they disapproved of. But in the American academic world today, colonialism is one of the many issues about which there is only one acceptable view, namely that it was an unmitigated evil inflicted by whites on natives. Many faculty members who had neither read Gilley’s paper nor studied the questions it raised nevertheless felt free to demand that his work be expunged.

It is indeed chilling to realize that such behavior is now perfectly normal among the professoriate.

Another instance showing how an unscholarly, adversarial mindset has permeated our higher education system is the furor over an op-ed piece written by University of Pennsylvania law professor Amy Wax and Larry Alexander of the University of San Diego. In their piece, they defended bourgeois norms and argued that the abandonment of such norms helps explain why “disadvantaged groups” are making little economic progress.

Again, rather than seeking to debate the argument Wax and Alexander advanced, the academic community reacted with sheer vehemence.

More than half of Wax’s law school colleagues signed a letter to the dean “condemning” the piece and stating that if it weren’t for tenure, Wax should be fired. Those professors did not deign to argue against Wax but simply declared her views to be intolerable. In their worldview, the only permissible explanation for the socio-economic troubles of minority groups is racism. Any “deviationism” (as Maoists used to put it) must be punished. Fortunately, Penn couldn’t fire Professor Wax but did punish her by taking away the first-year civil procedure course she had taught expertly for years. Too bad for students, but the mob had to be appeased. 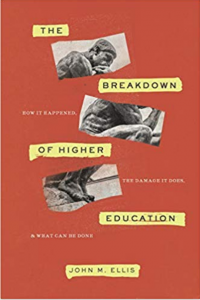 American professors didn’t always act in this unseemly manner. Well into the 1960s, it had a liberal majority, but without the vast imbalance we see now nor today’s radical politics and intolerance. To be sure, there were many dedicated leftists, but they fought for their beliefs with arguments, not force. By example, our activist faculty now teaches students to act on emotion, not reason.

Ellis traces the transformation of the faculty to the 1962 manifesto of the Students for a Democratic Society (SDS), which called for bringing socialism to the U.S. Its writers saw that their path required a takeover of American education, especially colleges, to control how young people were schooled. While we don’t yet have the fully socialist country the SDS envisioned, its project of dominating education with a faculty hostile to capitalism and our traditions of limited government has been exceedingly successful. Ellis points out that it took three strokes of good luck (from the SDS perspective, anyway) for that to occur.

First, the 1960s ushered in a period of enormous growth in higher education. That expansion required the hiring of great numbers of new faculty. As Ellis writes, “The number of new faculty appointments that were needed was greater than the total number of existing professors in the nation.” Many of the newly hired faculty were already invested in radical leftist politics.

Second, the Vietnam War led to campus protests that emboldened the faculty to embrace activism both in and out of the classroom.

Third, the mania for diversity that began sweeping through colleges and universities in the 1970s led to the creation of many new academic departments where the old rules of objectively searching for truth were tossed aside in favor of pushing an ideology. While the incessant focus on diversity is supposedly beneficial for black and other minority students, Ellis demurs: “Black students on the way to getting an excellent college education are being waylaid by political radicals intent on diverting them from that goal to use them for their own purposes.”

What, if anything, can be done to restore our higher education system? Ellis isn’t terribly sanguine.

In some states, there has been legislation to protect freedom of speech on campus. Unfortunately, such laws don’t get at the root of the problem and won’t accomplish much. Ellis explains,

Neither new nor old rules will ever be enforced while radicals control all the enforcement mechanisms. Students will know that they can rely on leniency if they break the rules because they know that campus authorities are essentially on their side.

How about imploring colleges to hire for intellectual diversity, adding some conservative or libertarian faculty members to offset the leftist dominance? While having some non-leftist faculty would be good for students, it won’t do anything to change the fact that the left has control of our colleges and will keep on using them to promote their views.

The one and only approach that will work, Ellis argues, is to stop feeding the beast the money it needs.

State legislatures have the power of the purse over their higher education systems and need to start exerting it. As a prelude, legislators who want to stop subsidizing leftist politics should establish fact-finding committees to enlighten the public as to the severity of the problem.

Ellis and his colleagues at the California Association of Scholars did exactly that with a 2012 study of the blatant politicization within the University of California system, but top administrators chose to ignore it and the big Democratic majority in state government likes things the way they are. But in conservative states, such an effort could open eyes about the problem of politicization and catalyze change.

At the individual level, parents and alumni also have roles to play. The former can choose not to send their sons and daughters to colleges that have largely become camps for political indoctrination, and the latter can stop sending them donations.

Professor Ellis has brilliantly exposed the fact of and reasons for the breakdown of American higher education. This book deserves a wide audience.