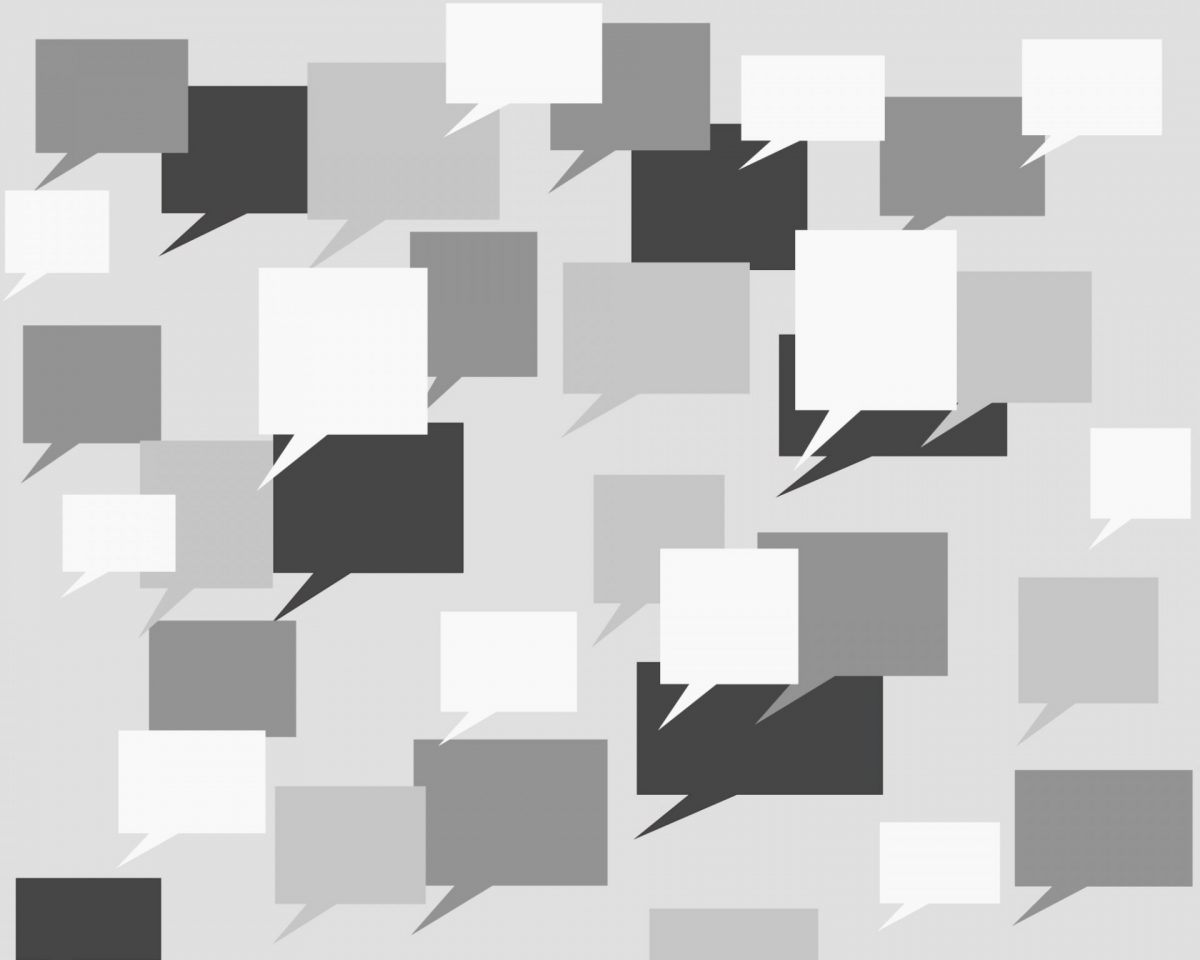 Scholars gathered October 24 and 25 at the University of North Carolina at Greensboro to discuss free speech—and focused on its alleged pernicious effects. The conference’s takeaway was that the problem with free speech in the public sphere is not one of inadequacy, but rather one of overabundance.

The conference, “Finding Expression in Contested Public Spaces,” featured a keynote address and seven panels of scholars who presented their research and gave their thoughts on free speech.

Keynote speaker Eric King Watts, an associate professor at UNC-Chapel Hill, opened the event with a speech entitled, “Tribalism, Voicelessness, and the Problem of Free Speech.”

“There is very little good news in my talk,” Watts said.

In his speech, Watts outlined problems that stem from free speech. He began by addressing the historical context of free speech as an idea within a culture.

“In particular, freedom of speech is conceptualized and found in documents as a universal human capacity and right requiring legislative and judicial protections, but this late-18th-century idealism obscures the manner in which freedom of speech is always already implicated in racism,” Watts said. He identified the idea of race as a biotrope (a living, constantly developing piece of language that’s represented by different words), and free speech as instrumental in the social construction of race.

“The very idea of freedom, postulated in universalist terms in the 19th century, and serving as the ontological structure for the First Amendment, doesn’t allow the black,” Watts said. “This exclusion is not legal, nor paralegal; it is brokered by the psychic structure and pseudoscience responding to the biopower imperatives of racism.”

Watts primarily identified the harmful consequences of free speech with one political party: the Republicans.

Quoting Jacob S. Hacker and Paul Pierson of Foreign Affairs, Watts said, “But there is one overriding culprit behind the failure of the U.S. political system: the Republican Party. Over the last two decades, the GOP has mutated from a traditional conservative party into an insurgent force that threatens the norms and institutions of American democracy.”

“Put bluntly, the left is not really intolerant of conservative values. Indeed, many of us here probably wish for the good old days when we just had to deal with the neocons,” Watts added. “Rather, the left is intolerant of racism, homophobism, xenophobism, and misogyny.”

When Watts finished his speech and the audience could respond, free speech itself wasn’t the center of discussion. Rather, the dialogue operated under the presupposition that everyone present was on the same political team and dedicated to defeating the Republican Party in the 2020 elections.

“The right [wing], and the way it’s structured, [with] the unification of ideology, its institutional approach, and its approach to inequality, is way more unified than the left,” said one audience member. She added that the left must take lessons from the right in that regard “if we’re going to get out of our left fragmentation and win this election in 2020.”

Another audience member, who studies how culture spreads through society, agreed.

“I think the fragmentation [of the left] is liberalism and I don’t think we can win on the net because the net favors the flamethrower. We cannot win on social networking,” he said. “…We’re going to lose online because the voices of collaboration and reason will get drowned out by the voices of hate and biotropism every time.”

Watts agreed—but feared social backlash that reminded him of the Civil War.

“In my worst nightmares, one Democratic candidate wins in 2020 and that’s the precursor; that’s the Fort Sumter shot,” Watts said. “That’s not Appomattox; that’s 1861. That’s what I fear.”

The following morning, after Watts set the tone of the conference, a number of panel discussions proposed solving the “free speech problem” through more restrictive regulations on speech.

At the “Pedagogy and the First Amendment” panel, Marina Lambrinou of UNCG and Yacine Kout of the University of North Georgia proposed a “European model” of free speech, which was intended to move society from a forum of “free speech” to one with “the duty to listen.” Kout added, however, that he did not see his work as political.

Gary Kenton, a Greensboro community activist and former educator, presented on how private businesses undermine equality. Kenton’s presentation described privatization as a “myth” to make the public believe that “the private sector is more efficient [and] productive than the public sector.” This privatization myth also “leads to an acceptance of attacks on public schools, the postal service, unions, Social Security, Medicare, environmental protections, and ‘welfare’ programs,” he said.

Most speakers at the free speech conference promoted the idea of restricting free speech to ensure space for “marginalized” or “oppressed” voices. Jerry Blakemore of UNCG’s Office of General Counsel gave a talk that was pragmatic, highlighting the current legal state of free speech and what is or is not protected. State and federal laws would make it exceedingly difficult to curtail free speech without violating the civil rights of any speaker.

But at least one student questioned the one-sidedness of the conference. A UNCG student pushed back against these ideas during a question and answer session.

“My question was really more of an observation,” the student began. “I just found it interesting that you guys wanted to talk a lot about power dynamics and oppression, but I’ve only seen examples coming from one point of view… I’m not trying to judge anybody here, but I think we can agree that most professors have a left-wing bias…So I just think that when we’re talking marginalizing viewpoints, we also have to put ourselves in the shoes of the other man,” he said.

“I’m conservative, I don’t think I’m a bad guy—I don’t think I’m evil,” he added. “But all I’ve seen so far is how [the] right wing is oppressing left-wing speech…I just wondered if you could give me your thoughts.”

The audience, by then composed of more students attending for extra credit, responded with mixed reactions. Panelist Mark Congdon Jr. of the College of Saint Rose dismissed the student’s concerns.

“Yes, [diversity of opinion] is important when we talk about how do we incorporate these other voices, like more conservative or things like that,” Congdon Jr. said. “But then understanding, as the other panelists mentioned, how free speech can also be used to oppress—and it gets at power and authority—in terms of how you might be using your free speech to silence and harm others. And that’s not okay, regardless of anyone’s political views.”

The conference was sponsored by the National Communication Association and hosted by UNCG’s Department of Communication Studies, whose mission states that “we teach and research communication to connect people, create change, and work toward a just world.”

Branson Inscore is a Blundell Fellow at the John W. Pope Foundation.

An Anti-Free Speech Conference in Greensboro