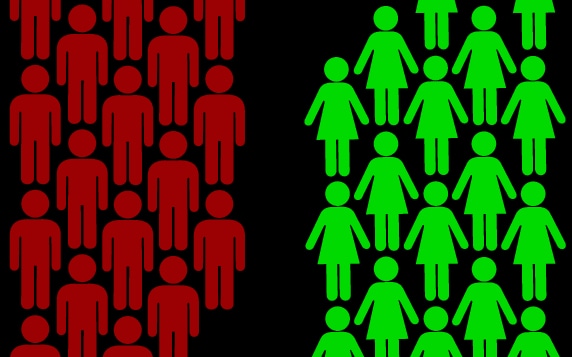 Orwell’s famous dystopia 1984 is often cited as a parable about the banality of administrative evil. The ever-vigilant bureaucrats of Oceania position themselves not only on the Left side of history, but also at its end. To err from their ideology is treason.

The citizens of Oceania live in a state of self-imposed hypnosis where they have to pretend that even the simplest of words signify their exact opposites. The government agency that specializes in espionage and torture is thus called The Ministry of Love. The Ministry views every sexual act as a potential crime unless proven otherwise via affirmative surveillance.

This agency was so devoted to its ideological mission that it never presented its unconstitutional rules to the American public to consult their opinion, considered itself to be a superior alternative to the criminal justice system, granted itself universal jurisdiction, threatened many colleges with financial death unless they punished constitutionally protected speech, sought to abolish the “reasonable person” standard, and created a class of imitative bureaucrats in academic institutions to perpetuate an industry of victimhood.

Impossible, you think? We have just objectively described the record of the Department of Education’s civil rights branch, the Office for Civil Rights.

Moreover, courts that have heard cases involving OCR’s Title IX procedures have often strongly denounced them. Examples include condemnatory opinions from the Second Circuit of Appeals and the Sixth Circuit of Appeals. In a recent Seventh Circuit of Appeals opinion, Judge Barrett stated that “Purdue’s process fell short of what even a high school must provide to a student facing a days-long suspension.” Professor KC Johnson has covered the case in greater detail.

Obama’s OCR espoused a particular brand of radical feminism. According to this doctrine, taught across the nation in women’s studies departments, men have brutalized women since the beginning of history. Past oppression must be remedied through government intervention, eliminating the due process principles that are meant to protect every American.

The perils of government tyranny aside, the fundamental assumptions of the “patriarchy theory” cannot survive rational scrutiny. While it is true that women were historically denied various rights, they have also been sheltered from grievous harm (combat, for example). Also, analysis of federal aggregate data from the United States demonstrates that women are as likely to engage in sexual coercion against men as vice versa, which undermines the “patriarchy” narrative.

At any rate, past historical wrongs cannot be rectified by unfair treatment in the present, as the Eighth Circuit stated in this ruling.

OCR’s historical record speaks to its lack of fairness. The agency authored a total of 255 resolution letters (formal decisions in a case) from 2012 to 2019.

Pekgoz summarizes the circumstances in a Synthetic Analysis. 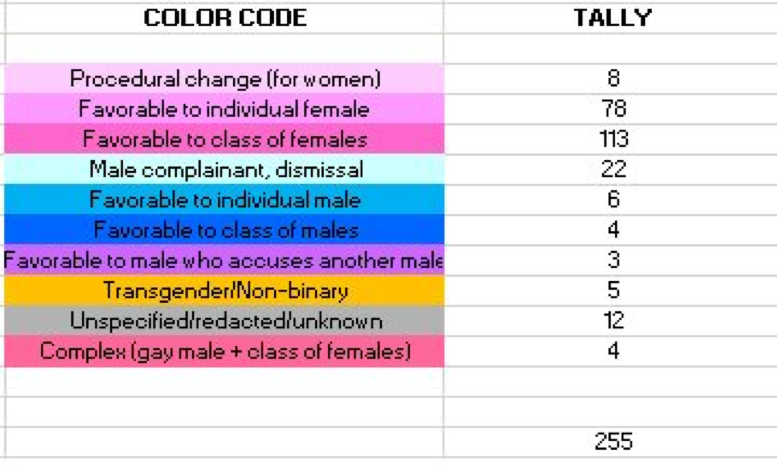 The analysis shows that whenever OCR wrote a resolution letter between 2012 and 2019 to adjudicate adversarial proceedings between female and male parties, they sided with the female 216 times but only 9 times with the male. Their extreme partisanship is clear in every aspect of Title IX.

Some might assume that OCR has received few meritorious complaints from male students. According to a Freedom of Information Act request, however, the Department received 532 complaints from men in the sexual harassment category alone between 2011 and 2019.

The Department of Education became a hive of identity politics under Obama and there is little evidence of improvement. The modest reforms proposed by Secretary Betsy DeVos have not yet been implemented.

Resolution letters published under the Trump administration perpetuate the Obama doctrines. For example, the Stanford University letter tried to eliminate the reasonable person standard. The Butte-Glenn Community College letter involved a retroactive review of many old complaints, demanding the creation of a complex bureaucracy. The Buffalo State University letter wrongfully claimed that off-campus incidents fall under the jurisdiction of Title IX, despite case law to the contrary.

Unsurprisingly, some politicians want to abolish the entire Department of Education. Representative Thomas Massie has introduced a bill to do just that. While we cannot predict whether the Department will ever be abolished, we must never cease our vigilance against our very own Ministry of Love.

Kursat Christoff Pekgoz is a PhD student at the University of Southern California.

James E. Moore, II is professor of industrial and systems engineering; public policy and management; and civil engineering at the University of Southern California.

The Empress Wears No Clothes

The Empress Wears No Clothes