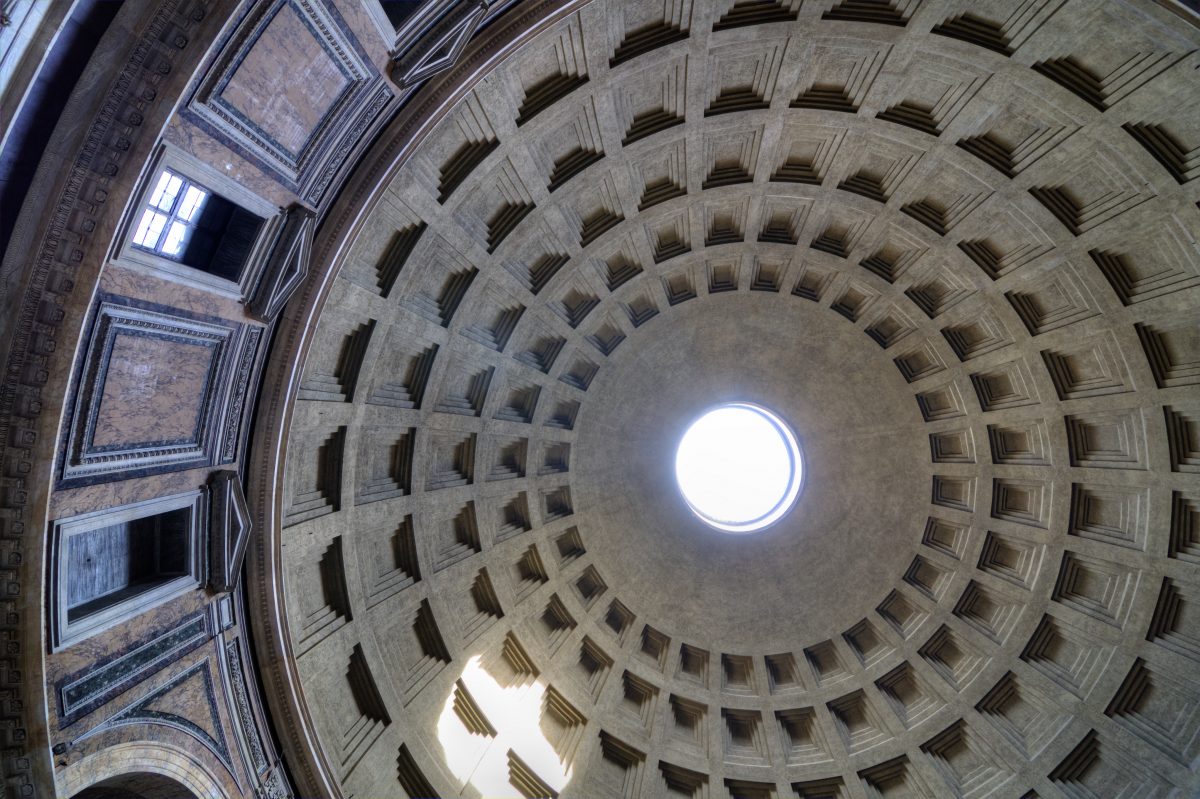 Jacques Barzun’s magnum opus, From Dawn to Decadence: 500 Years of Western Cultural Life, has been a revelation—of my own inadequate history education. As the title says, the book covers 500 years of Western culture from 1500 to (almost) 2000. Barzun organizes the book around four important “revolutions:” religious, monarchical, liberal, and social. He also explores ten themes throughout the book, helpfully identified in all capital letters, such as EMANCIPATION, PRIMITIVISM, and SELF-CONSCIOUSNESS.

This careful organization makes the 800-page work more easily digestible, which means that the book is thorough but also appealing—even to a history amateur. Barzun eschews jargon for beautiful, accessible language and engaging stories of the many personalities that drove history. Martin Luther, Erasmus, and Holbein the Younger become real not through their most famous deeds (although those are certainly featured) but by their quirks of character that Barzun sprinkles throughout the narrative.

Barzun also includes stand-alone quotes from historical works and letters as well as cross-references and excellent suggestions for “further reading” that make the book easier to use. Together, these insertions hint at the vast knowledge Barzun brings to bear on his topic.

I haven’t yet finished the book (I’m still closer to “dawn” than “decadence”). But so far, it is a compelling, exciting read. Barzun skillfully conveys the feeling that in the 16th century, cultural and intellectual life were on the cusp of something great. The latter half of the book may be grimmer—but I can’t wait to get there.

I just finished an article entitled “Groupthink” by Yale psychologist Irving Janis that first appeared in Psychology Today in 1971. Janis’s primary example of the phenomenon was the highly prominent group clustered around President John F. Kennedy who advised him to go ahead with the disastrous Bay of Pigs invasion of Cuba in 1961. He also cited President Lyndon Johnson’s “Tuesday Cabinet,” who encouraged the military build-up in Vietnam, and Admiral Husband Kimmel’s advisors who, in 1941, scoffed at the thought of the Japanese attacking Pearl Harbor.

But it seemed as if Janis had just emerged from some sort of academic meeting to report on the social dynamics he had just witnessed. One can easily imagine an AAUP chapter discussing conservatives in the same way that Janis said of his group-thinker examples, who “hold stereotyped views of the leaders of enemy groups.” Group-thinkers, whether presidential advisors or left-wing faculty, regard their opponents to be “so evil that genuine attempts at negotiating differences with them are unwarranted, or they are too weak or too stupid” to grasp any opposing tactics used against them.

And just like the high-level government officials who blundered into mistakes in the mid-20th century, today’s campus social justice warriors “believe unquestioningly in the inherent morality of their ingroup; this belief inclines the members to ignore the ethical or moral consequences of their actions.”

Janis’s article is a great starting point for one who wishes to understand how group decision-making so easily goes astray. But it is very much a starting point; his evidence is anecdotal, not empirical, and he does not cover much more than the basics. Many of the thought processes he describes are familiar to anybody who went to junior high school: The group-thinkers “apply direct pressure to any individual who momentarily expresses doubts about any of the group’s shared illusions or who questions the validity of the arguments supporting a policy alternative favored by the majority.”

One thing I was hoping he would discuss but did not is how one or two aggressive group members can influence group decisions, even when they are in a distinct minority. But it was still a worthy read.

The National Association of Scholars publishes a quarterly journal called Academic Questions. Each issue is worth reading cover to cover.

Working my way through the Summer 2019 issue, I came across a fascinating and disturbing essay by professor Mike Adams of UNC-Wilmington. He has taught criminology there for many years and his essay is entitled “Queer Criminology: New Directions in Academic Irrelevance.” (Unfortunately, the essay is currently behind a paywall.) Professor Adams writes that his department “has identified queer criminology as necessary for all criminology undergraduates.”

But exactly what is “queer criminology?” It is so vague as to defy easy definition, Adams explains. The general idea is that our justice system is somehow unfair to “queer” people. How are we to know that? “One simply identifies oneself as in some way ‘queer’ and researchers must take such declaration as incontestable fact,” he writes.

This is another of the many efforts at bringing in the left’s victimhood narrative into an academic field.

The point of “queer criminology,” according to Adams, is to make it seem that our criminal justice system is highly biased against people who are—or at least claim to be—queer. He quotes from a required book for students which states that the queer community experiences “differential and disproportionately negative experience within the criminal justice system and from all aspects of the system.”

In short, this is another of the many efforts at bringing in the left’s victimhood narrative into an academic field. The problem is that the evidence for that idea is extremely weak—but few students will analyze deeply enough to see that they’re being manipulated into a false, ideological belief.

My recent read was a look in the not-so-distant past at an event rare in American colleges: When Swarthmore College disbanded its football program in 2000. Concerned about the number of athletic recruits they would need to stay competitive in all sports (estimated at 30 percent of the entire freshman class), then-president Alfred Bloom decided to shutter the football team.

The decision, even at an academically prestigious school like Swarthmore, was controversial. Football alumni threatened to stop donating. One trustee resigned in protest. And students were outraged that the decision came without asking for student opinion and was made in a “furtive manner,” as The New York Times put it.

Swarthmore wasn’t the only college to end its football program, either. In the 1990s, The Times noted, about two dozen colleges did the same. The motivations differed, but college football wasn’t seen as a core function of the university to be preserved at all costs.

The saga at Swarthmore presents a difficult problem, even with its successful abolition. If Swarthmore, one of the top private liberal arts colleges in the country, had so much trouble in abolishing football, how much worse will it be at larger schools with successful programs? College presidents or their trustees will have to fight the athletics department, sports-focused alumni, and some students. At schools where athletic success has displaced the importance of academic integrity, the challenge looks insurmountable. Any college president who wants to copy Swarthmore’s Bloom will need a martyr complex to see it through.

The New York Times article was also a time capsule for how much the campus conversation has changed around the word “diversity.” When Swarthmore officials spoke of it, they focused on diversity of interests, not ethnicity. Officials worried about too many athletes crowding out musicians, mathematicians, and humanities students. Now, if officials talk about intellectual diversity or any sort of non-ethnic diversity, it’s viewed with suspicion.

In HATE: Why We Should Resist It with Free-Speech, Not Censorship former head of the ACLU Nadine Strossen lays out a two-fold defense of free speech.

First, she advocates free speech on the basis of First Amendment principles: People should be free to say whatever they want, only with the strictest exceptions (which she later discusses). She underlines that it’s particularly important for institutions of higher education to be a haven for the free exchange of ideas.

Unfortunately, colleges and universities often violate First Amendment principles by censoring so-called “hate speech.” They do so to protect their students from some perceived “harm.” However, Strossen explains that one of the problems with policies that restrict “hate speech” is that the term is subjective and often difficult to define. In fact, she points out that there is no legal definition of “hate speech”—which is why she keeps the term in scare quotes throughout the book.

Some cases of “hate speech” are clear-cut: Most people agree that denigrating someone based on their race is hateful. But in other cases, seemingly obvious facts—like “men are not women”—are also deemed “hateful” by certain groups of people.

So, how does one determine when words are “harmful?” Or who decides what words are “hateful?” Instead of leaving that decision to some authority who can arbitrarily decide what can and cannot be said, Strossen argues that it’s best to allow people to try to change people’s minds with counter-arguments and ideas. Strossen calls this notion “counterspeech” which she defines as “any speech that counters or responds to speech with a message that the speaker rejects.”

Secondly, Strossen’s defense of free speech is strategic: On a practical level, counterspeech is more effective than censorship in combating distasteful ideas. She cites a treasure trove of data to back her point. One striking example is that hate-speech laws existed—and were enforced—in pre-Nazi Germany. But instead of curbing anti-Semitism, the laws arguably made Nazi ideas all the more powerful: The prosecution of Nazis made them appear to be intellectual martyrs and their ideas became a sort of “forbidden fruit.”

Strossen’s compelling and principled defense of free speech should inspire higher education leaders to affirm their commitment to free speech and strike any remaining speech codes from their campuses.