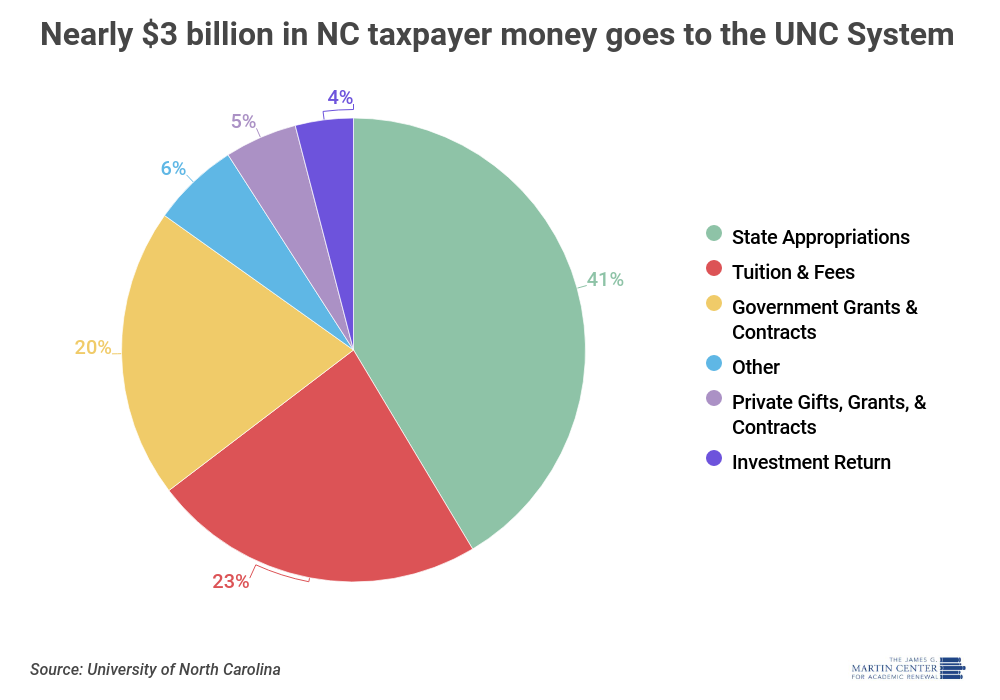 The North Carolina General Assembly often takes heat from the media on the topic of funding for education. But at least some of that criticism is unfounded. The General Assembly has been generous to the UNC system for many years. State appropriations are the single biggest source of funding for the UNC system: 41 percent of the operational budget in 2017 according to the Integrated Postsecondary Data System.

The General Assembly’s total appropriation to the UNC system was $2.9 billion in 2018, 13 percent of the total state budget. That’s a little more than $13,000 per full-time equivalent student, far more than most states set aside for higher education. North Carolina’s per-student funding from appropriations is 6th highest in the nation.

For more data on the UNC system, be sure to download the Martin Center’s University of North Carolina System 2019 Fact Sheet.