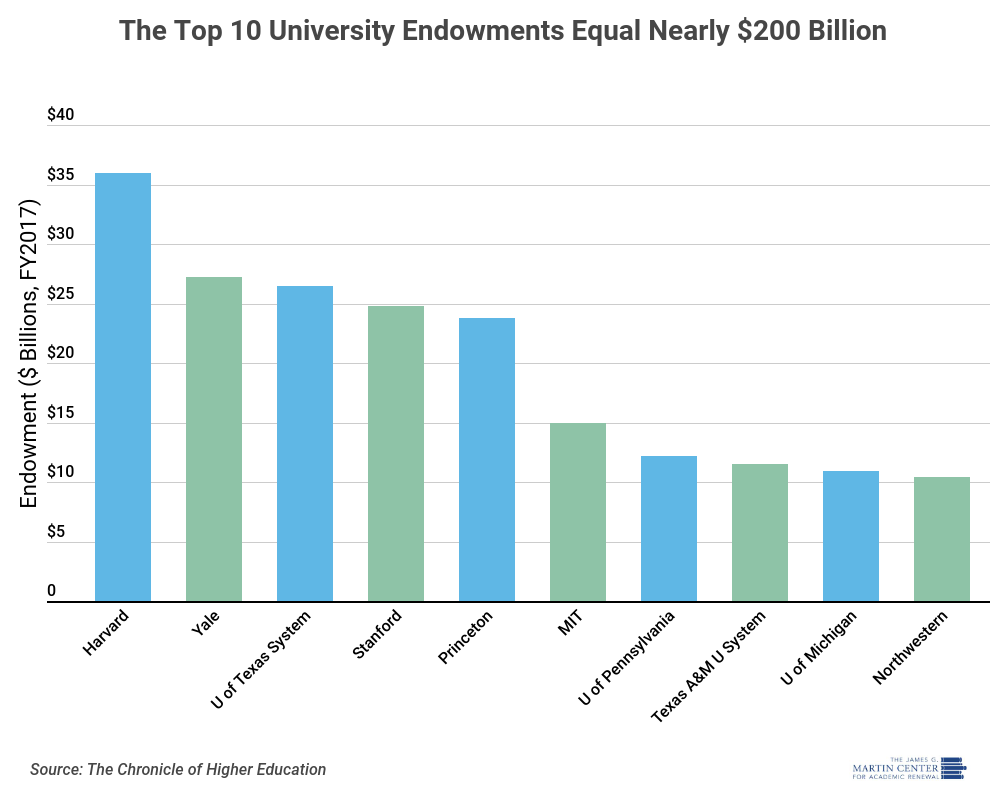 Interestingly, the colleges with the most similar return rates over both periods were those with endowments of less than $25 million, who experienced average returns of 8.1 percent over 5 years and 5 percent over 10 years. This may be explained by the fact that while colleges with endowments over $1 billion had the highest spending rates and invested in the most “alternative strategies” (like private equity), those with endowments of less than $25 million invested the most in domestic equities and fixed income securities (like Treasury bonds).

In short, the amount of an institution’s endowment appears to have much less of an impact on its return than the way in which it is invested—wealthier schools spend big and take more risks, while less-wealthy schools stick to safer investments.

Madeline Baker is a summer intern with the Martin Center. She is pursuing a bachelor of science in International Economics and Finance with a minor in Spanish at Catholic University in Washington, D.C.