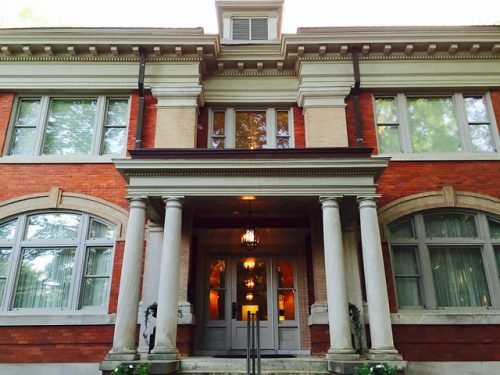 Davidson College has an impressive academic reputation. It has a student-faculty ratio of 10:1. Nearly 90 percent of its courses have fewer than 30 students each. Its six-year graduation rate is 91 percent. And it has matriculated 23 Rhodes Scholars.

It also has one of the worst track records for free speech in North Carolina. The Foundation for Individual Rights in Education has labeled Davidson a “red light” institution for its campus policies that “clearly and substantially restrict” student and faculty speech. That’s despite the school’s assertion that it is a “community founded on trust as articulated by the Honor Code and on free, unfettered inquiry.”

Now, a group of concerned alumni has organized to change the campus culture so that it protects and encourages freedom of conscience and open dialogue. They call themselves Davidsonians for Freedom of Thought and Discourse and invite other alumni to join them in their mission to “help ensure a learning environment at Davidson College that is ideologically balanced and that promotes a lively and fearless freedom of debate and deliberation.”

Alumni of the University of Texas have also spoken out about illiberalism on campus. Mark Pulliam, a UT alumnus and retired lawyer, started a Facebook group called “Stop the Insanity at UT.” But so far, the Texas group only provides information on campus news to alumni.

The Davidson group has started to take action. Their first major public effort is an online petition asking the trustees of Davidson to adopt the Chicago Principles of Free Expression and to instruct the president and administration of the university to implement policies in keeping with its tenets.

The petition explains why alumni want the college to change:

Whereas, freedom of expression and inquiry is currently under threat on the Davidson Campus, as the result of ideological imbalance on the faculty and within the administration and of policies intended to ensure one-sided ideological orthodoxy in all areas of campus life—from the hiring of faculty, to questions of faculty tenure, to the selection of required reading for freshmen, to classroom practices discouraging open debate and independent thinking, to the mix of external speakers brought to campus;

“This whole effort is really about freedom of expression and discourse. We regard the Chicago Principles as the definitive effort. Fifty-two universities have signed on—many of which are quite prestigious,” said John E. Craig, Jr., a founding member of DFTD, in a Martin Center interview. “Davidson should be part of that group. It’s a measure of whether Davidson is serious about free speech.”

The group has already been at work on campus, helping students to establish a chapter of Young Americans for Freedom and bring speakers to campus. Founded in 2014, the group filled an obvious void. Despite 15 percent of Davidson students identifying as conservative (according to the Davidson Diversity Study), the only organization aimed at such students prior to YAF was a moribund chapter of College Republicans.

According to Kenny Xu, the co-founder and former president of Davidson’s YAF chapter, many students have welcomed the opportunity to hear from heterodox speakers. In an email, Xu told the Martin Center:

Our first speaker YAF brought was former Treasurer of the United States Angela “Bay” Buchanan, who served under President Reagan. She talked about free speech and political correctness on campus. For this event, the first major conservative event in years, over 100 students came (out of a school of 1,800) and it drew much attention from students and professors. There was clearly a demonstrated interest in conservative viewpoints on campus. We continued to bring major speakers on campus since then, including CIA strategist Ken Stiles (foreign policy), gender theorist Christina Hoff Sommers, and Hillsdale historian Burt Folsom. Our biggest success yet in terms of attendance and engagement was bringing Mr. Andy Puzder, former CEO of Hardee’s, to talk about the failure of socialism, which drew 200 people this April.

But not all students have been as welcoming. When YAF released a comedy video (available on YouTube) comparing income redistribution to “GPA redistribution,” many students went on the attack. “The student body piled on us, mobbed us, and wrote vicious, hateful attacks against us,” Xu said. “It was uncharacteristic of an honorable student body and very sad.”

YAF has also founded an alternative student newspaper, The Davidson Mirror, which is intended to improve discourse on campus. DFTD funds the paper. Its editors include this statement in every issue:

Thank you for reading the Mirror. We believe this paper serves a critical role on campus—to foster productive dialogue and present ideas that may challenge popular belief on campus. To further these discussions, we welcome members of the Davidson community to push back and send us responses.

YAF and the Davidson Mirror are ways in which Davidsonians for Freedom of Thought and Discourse are making a difference for students right now—as well as raising consciousness about the lack of viewpoint diversity on campus.

But they also have big plans for the future. They want to improve governance at the school, including reducing the size of the board of trustees and making trustee elections more transparent. They also want Davidson’s administration to stop making political statements and endorsing political views as well as ending all unconstitutional speech codes on campus.

Members of the group have written to the school’s administration outlining their concerns and have met with President Carol Quillen about their ideas. So far, the college’s administration has not taken any meaningful action on the group’s requests.

In the meantime, the DFTD will focus on providing sunlight to other concerned alumni, including monitoring the state of free expression and ideological balance on campus, continuing to support YAF and the Davidson Mirror, and serving as a Davidson news clearinghouse so alumni can stay informed.

DFTD is a model for alumni of other universities to follow. It is a much-needed voice for alumni who love their alma maters but are concerned with many modern trends in higher education. For too long, alumni have been sports fans, boosters, and donors. DFTD shows that they can also be important actors in changing their universities for the better.