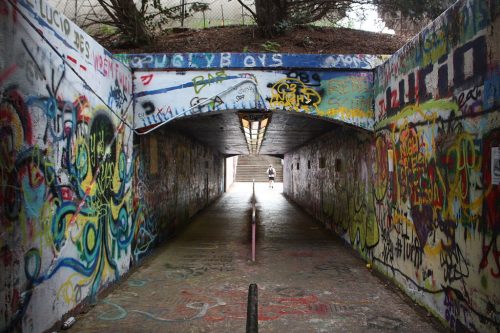 Free speech on North Carolina’s campuses has come a long way in the last decade. North Carolina State University is the most recent school to earn a “green light” from the Foundation for Individual Rights in Education (FIRE) for its speech policies.

Nearly ten years ago, when the Martin Center partnered with FIRE to take stock of speech restrictions at public and private universities across the state, we found no “green light” schools. That means that every school in North Carolina, at that time, regulated free speech to a significant extent. Some schools severely restricted student and faculty speech.

Moving a university from curtailing free speech on campus to protecting it is a momentous task. It often requires years of effort from students, professors, administrators, and public policy organizations like FIRE. Sometimes, it requires more: Lawsuits forcing universities to end unconstitutional restrictions on speech are common.

The timeline below highlights some important events at NC State as it changed its policies to better protect free speech.

Many people worked together to create change at NC State. Two professors, as well as the General Assembly’s directive that UNC schools protect free speech, were instrumental in starting the process. Political science professor Andrew Taylor and communications professor Jean Goodwin worked with FIRE’s attorneys to identify unconstitutional policies in NC State’s handbooks and regulations. Taylor and Goodwin are both members of Heterodox Academy, a non-partisan association of academics committed to viewpoint diversity and constructive disagreement in higher education.

Taylor explained in an email to the Martin Center, “FIRE’s attorneys were tremendously helpful and I recruited a collaborator in Jean Goodwin of the Department of Communication. Once we identified the issues preventing NC State from getting a green light rating—two of which were quite technical—we worked with administrators to find a way to revise or rescind the offending regulations.”

Goodwin found the General Counsel’s office helpful in the process. “I was confident that NC State would eventually make the reasonable changes needed to get the green light,” she said in an email. “I’m proud that NC State along with other UNC system campuses contribute to making North Carolina the top state in the nation according to FIRE’s ranking system,” she added.

According to Azhar Majeed of FIRE, the policies that were revised prior to NC State earning its green light included two computer use policies, a provision in the Community Standards of residence halls which gave students the right to be free from “emotional harm,” a Use of University Space policy which was unclear about students’ right to engage in spontaneous campus expressive activity, and the university’s Bias Impact Response policy.

Taylor said the most difficult obstacle to overcome was administrative inertia rather than hostility or active resistance to change.

Despite NC State’s new “green light” rating, however, one obstacle remains. Taylor explained in an email:

NC State has stopped short of enthusiastically embracing free speech…I’ve suggested we adopt the Chicago Principles and a resolution supporting viewpoint diversity to Faculty Senators who represent me and a former head of the university’s Office of Institutional Equity and Diversity. They were not interested. Many faculty and students are worryingly disengaged or extremely blasé about the matter. Among others, there is a kind of latent hostility to the idea of free speech—possibly because these individuals think of it as protection for minority or conservative perspectives on campus, possibly because they have bought into the trope that the First Amendment is a trojan horse for racist speech.