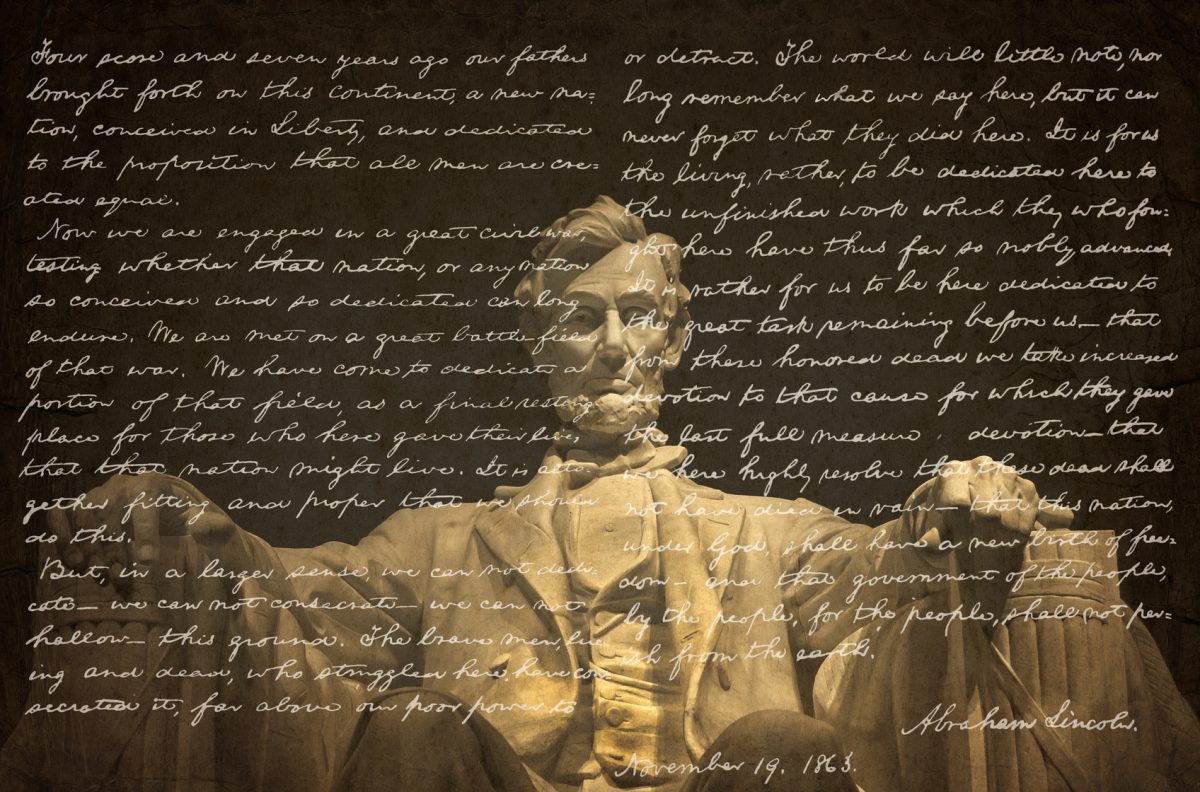 From the very beginning, it’s clear that Wilfred M. McClay’s Land of Hope: An Invitation to the Great American Story isn’t a typical textbook. The title alone alerts readers that McClay’s book will not be the kind of history text that has become so popular in today’s high school and college courses—a diatribe against America’s many sins. Instead, it is an accurate, but loving, story of our country and our shared culture. McClay describes his book as “a patriotic endeavor as well as a scholarly one.”

In his introduction, McClay explains that the purpose of his text is:

to offer to American readers, young and old alike, an accurate, responsible, coherent, persuasive, and inspiring narrative account of their own country–an account that will inform and deepen their sense of the land they inhabit and equip them for the privileges and responsibilities of citizenship.

McClay is just the person to provide such an account. He is the G.T. and Libby Blankenship Chair in the History of Liberty at the University of Oklahoma and the Director of the Center for the History of Liberty. His other works include Why Place Matters: Geography, Identity, and Civic Life in Modern America and The Student’s Guide to U.S. History. The text will be available on May 21 and published by Encounter Books, a non-profit “dedicated to strengthening the marketplace of ideas and engaging in educational activities to help preserve democratic culture.”

After a beautifully written introduction, “Beginnings: Settlement and Unsettlement” starts with the first human settlers in the new world—twenty to thirty thousand years ago—and ends with Christopher Columbus’ four trips from Spain to the Americas starting in 1492.

McClay’s treatment of Columbus and his discoveries is illustrative of his even-handed approach:

Columbus had trouble seeing America for the new thing that it was, and could be, and eventually would become. He was not first, and he would not be the last. It is part of the human condition, and a recurrent feature of human history, that what we find is not always what we were looking for, and what we accomplish is not always what we set out to do.

Hence, too, the reality that Columbus’s journeys were also the beginning of a great collision of cultures, a process that nearly always entails tragic and bitter consequences. Hence the cruel irony, as we shall see, that the settlement of America by newcomers would also produce a profound unsettlement for those who were not newcomers. The fresh start for the world came at a heavy price for those who were already settled on the land, men and women for whom San Salvador was not a New World being discovered but an old and familiar world about to be transformed.

The book then catalogs American history from “The Shaping of British North America” to “The World Since the Cold War” over 22 chapters. The text ends with an epilogue on “The Shape of American Patriotism.” It also includes an excellent list of works for further reading. 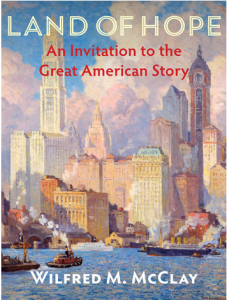 McClay also focuses on America as a story—something that is more than the sum of its parts—with threads that run through the narrative and tie it together: individual liberty, self-reliance, and relentless optimism. Because of this focus, Land of Hope is more than just a list of dates, battles, and important people. It also contains poetry (including Robert Frost’s “And All We Call American”), excerpts from literature (a large section on the American essayist Ralph Waldo Emerson, for example), and even music (including the lyrics of “WPA,” a satiric song by the Mills Brothers and jazz great Louis Armstrong).

Of course, it also includes all the obligatory history book stock features: maps of the country as it evolved from 13 colonies to 50 states, excerpts from famous speeches, and important political changes. They are woven into America’s story to provide the rich detail that makes history interesting.

Land of Hope is the kind of book I wish I’d had for my own Advanced Placement U.S. History course back in high school. I don’t remember now which book was used, but it was dull and uninspiring. It distilled the great American story into boring lists of facts and “concepts” to memorize. Land of Hope includes the same material, but in a much more engaging and naturally memorable way. Reading it is inspirational rather than merely a chore.

Unfortunately, it’s unlikely that Land of Hope will be widely adopted. With today’s politicized and “internationalized” AP U.S. History curriculum, Land of Hope would be a poor fit.

Instead, parents and grandparents who care about their children’s understanding of their own country and culture should purchase Land of Hope as a supplement to the history that students learn in school.

Professor Mark Bauerlein puts it better than I can in his panegyric to the book:

This book is THE antidote to abysmal levels of historical knowledge our high school graduates possess. History bores them; the textbooks are dreary; lessons play up guilt and identity politics. It turns them off. They want powerful tales and momentous events, genuine heroes and villains, too—an accurate but stirring rendition of the past. This is Bill McClay’s Land of Hope, a superb historian’s version of the American story, in lively prose spiced with keen analysis and compelling drama. Every school that assigns this book will see students’ eyes brighten when the Civil War comes up, the Progressive Era, the Depression, Civil Rights…The kids want an authentic, meaningful heritage, a usable past. McClay makes it real.

Every home should have a copy.

Unifying the Country Starts with the Education System

Can Higher Education Be Saved? The Hope for Governance Reform

The Breakdown of American Education and the Hopes for Change